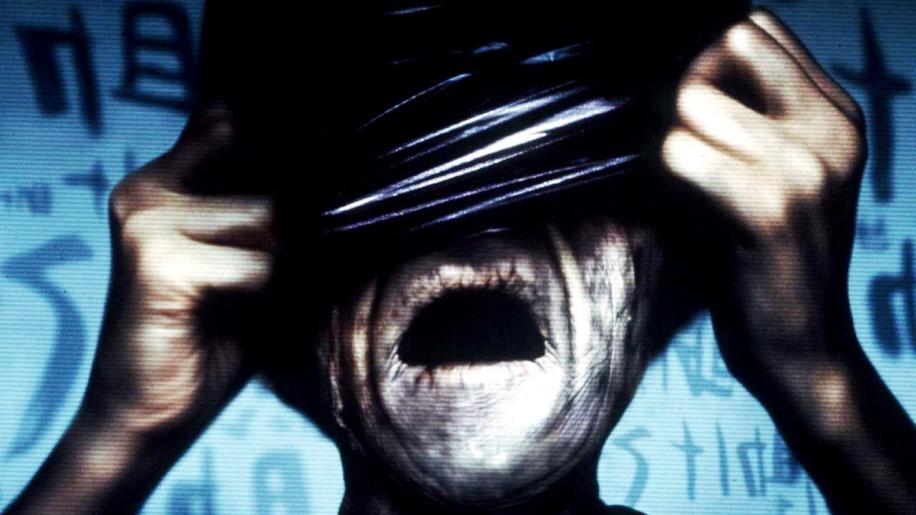 Sadly, Pulse is rather let down by its visual transfer. The image comes in at 1.78:1, and has been anamorphically enhanced, but it is stricken with more than its fair share of problems. For a kick-off the colour is drained of all vitality. I know that Kurosawa has opted for a slightly muted look but, here, the film just appears muddy, washed-out and occasionally a little fuzzy. There is some grain on the print and there are also instances of damage that, at first, appeared almost like the ghostly black smudges that characters witness out of the corner of their eyes. However, it later became apparent that this wasn't just some effect, but rather some unsightly thick smears swirling away on the print, itself.

Blacks actually aren't too bad, but they are compromised by the contrast being off and certain elements of the image becoming prone to glare. Some early scenes exhibited motion drag, as well. And it is worth mentioning that the burnt-in English subtitles often jiggle about and have a tendency to shimmer. When set against a bright background, they can actually disappear.

Folks, if this transfer looked ropey on a 44 inch screen then I can only imagine that it will look much worse on larger displays. Especially the webcam-style footage which will look appalling. The Dolby Digital 2.0 mix is solid enough and provides some firm presence with regards to the unusual score - the weird warblings and industrial droning creating an unsettling wall of noise across the front speakers. But, when it comes to steerage, the mix is actually quite lacklustre, with not much effort made to widen the soundscape. The fact that a 5.1 mix reportedly exists on the R3 Hong Kong edition shows that someone, somewhere realised the potential this film had for creating a more immersive and atmospheric environment. There are many moments in Pulse when ghostly voices emanate from beyond and these effects would have benefited enormously from manifesting from over your shoulder. Dialogue does not suffer any mishaps from the transfer, although I did occasionally hear a small amount of hissing on the track. Screaming and musical stingers are still pretty effective. Besides the original theatrical trailer we get a Making Of documentary which clocks in at a generous 41.01 mins. The bad news is that it is actually a boring mess of a feature that contains more in the way of tedious B-roll than anything that actually examines the thoughts and ideas behind the film's creation. With burnt-in subtitles, we are treated to a couple of minutes of what appear to be TV spots and then we get to accompany the cast and crew through various scene set-ups, rehearsals and location scoutings. Kurosawa is occasionally on-hand to field some questions from the tailgaters making the documentary, but he really doesn't reveal that much other than the fact that ghosts terrify him, even though he hasn't actually seen one, and doesn't even believe that they pose any harm. Any other insight into his methods and practices is annoyingly slight and often vague.

As a real you-are-there Making Of, this probably can't be faulted ... but, boy, is it boring! We don't even get any worthwhile input from the cast beyond seeing them go through take after take of the plant-pot smashing sequence.

A waste of time, folks. I enjoyed the first half of Pulse - although enjoyment seems a bizarre reaction to such a cold and nihilistic film. The slow-seeping dread that Asian cinema does so well is impeccably delivered, and if the shocks themselves are not quite as powerful as some we've seen in other atmospheric supernatural flicks, the ominous sense of dislocation and foreboding more than makes up for it. However, the film does leave the viewer alienated. Empathy for the characters is sort of shunted to one side in favour of further cloying isolation and, as a result, their individual plight is not so dramatic. Still, there is some wonderful and disturbing imagery on show here, despite a second half that sees the hypnotic atmosphere wilfully evaporated.

The R2 disc comes up short, though. The picture leaves a lot to be desired and the DD 2.0 mix is surely no substitute for the 5.1 track that adorns the R3, and the extras are a rambling, disjointed bore.

Nowhere near as satisfying as some claim, but still containing some great early chills. Casual fans should probably steer clear. However, if you are a follower of Kiyoshi Kurosawa, my advice is to track down its domestic version.