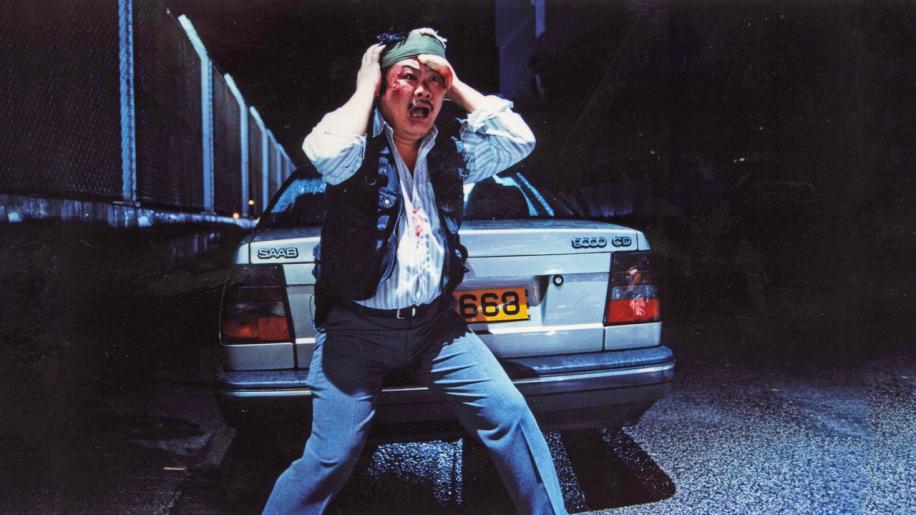 Having reviewed several of Johnnie To's more recent offerings, I thought it high time to look back at one of his earlier works and one of the first of his to make it to the Blu-ray format. Arguably a turning point in his career, it started to truly cement his reputation as one of the East's brightest directors and helped establish his name in Western circles. It wasn't an epoch making milestone as he'd already adeptly demonstrated his flair for the crime genre with The Mission (1999) and as such this title sometimes gets a tad overlooked by fans, but it was another example of an inventive piece of film making that tackled gritty subject matter with aplomb and certainly helped gain him greater notice on the festival circuit as well as continue the growth of his name on foreign shores as a crime director to keep an eye on.

At a mere eighty eight minutes long, one could hardly call this an epic, but what To has done is boil down various ingredients of the genre to their base parts and allowed them to form the structure of the piece. The narrative is very basic at its core, a police officer called Sergeant Lo (played by recurring To collaborator Lam Suet), has lost his firearm. He is in line for a promotion the following month and this, if reported, would surely dash his chances. To avoid the loss of any further scaling of the hierarchical ladder he enlists the aid of a friend and fellow officer Sergeant Ho (another To regular, Simon Yam). Ho is leading a team of the PTU or Police Tactical Unit to give them their full title. The best way to describe them would be as halfway between beat cops and soldiers, patrolling the streets and turning up wherever there's trouble. Ho's subordinates and colleagues are not entirely behind the plan to bend the rules and go on the hunt for a missing gun, but he pledges to find it by dawn and if it isn't back in its holster by then they'll be free to call it in. This should be a race against time, but To sidesteps such a cliché by drawing out each and every shot for all it's worth, creating a sense of a long few hours rather than the usual movie depiction of time flying.

Lo and Ho are not helped by the fact that a gangland hit has left one of the sons of a senior mobster dead and the young man's gang are the same ones Lo believes stole his sidearm. He therefore must find the band of hoodlums whilst other detectives are performing a similar task due to their investigation. This brings him to the close attention of a CID detective, Inspector Leigh Cheng who is sure there is more to the situation regarding Ho than meets the eye. As with any Johnnie To film, what starts out as a narrative with a distinctly simple catalyst to start proceedings, soon twists and coils around its own tail to create a mesh of interconnecting strands that seemingly ensnare the characters within. Chance encounters and paths crossing make for dramatic situations that rise from nowhere, developing tension from the almost fateful nature of the many inhabitants of the city. There are three investigations going on at one time, with Ho, Lo and Cheng all trying to find the slain gang member's partners in crime and Ho's increasingly erratic behaviour marking him out as a target of interest to the CID Inspector.

To has paced the film in what might seem an odd manner. Rather than ramp up tension because of the time constraint he has instead slowed everything down to a crawl. There are moments of hectic action, dialogue and plot progression, and then there may be a ten or fifteen minute wait while the audience is taken back to a decidedly decelerated tempo. Central to this meandering is Simon Yam, a figure frequently seen in To films as a maniacal and wildly overactive boss figure who is profoundly unbalanced. Here just about his every move and uttered word is played for the purpose of understatement and thus a more meaningful effect. This has the added bonus of making him all the more menacing as he holds someone's eye for several seconds longer than is necessary to prove a point of determination. His low voice and slow gait belie his violent and hard boiled streak of authoritarianism, which only makes him all the more intriguing and potent a figure. Whereas sometimes To has opted for the outlandish, with PTU his characterisation falls very much on the reserved and under stated side of the crime genre gamut.

This wouldn't be much of a crime/police film if there wasn't an element of violence, and it certainly wouldn't be a Johnnie To film if this also were not the case. Thankfully, just as the dialogue and roles are kept relatively low key, so is the action. Barring the trademark ending, there is little in the way of bloodshed to be seen here, instead the ferocity comes via the brutality the police use to get to their targets. Just about every police officer seems to ascribe to the DCI Gene Hunt school of interrogation, namely hit them and hope they talk. Rather than this making for a skewed view of policing, it actually creates another layer to the plot, as each officer has to choose when to follow his or her superiors and weigh up whether the ends justify the means. They prowl the streets, following their leader around each and every corner like a pack on the hunt.

PTU excels because of its wonderfully considered pacing and rich characters. The content could have been played out in under an hour but To has not only managed to prolong it, but also magically made the constituent parts all the better for this languid, more methodical and sometimes almost slothful approach. Its short running time in no way correlates to the substance of the film and Yam puts in a tour de force of a performance, being at once admirable and menacing in his subtle mannerisms that hold back a steely vicious streak. There is a great balance between stillness and motion, both in the characters and in the plot progression and once again, in classic Eastern crime flick fashion, it all culminates in a spectacular style that will not disappoint fans of the genre.