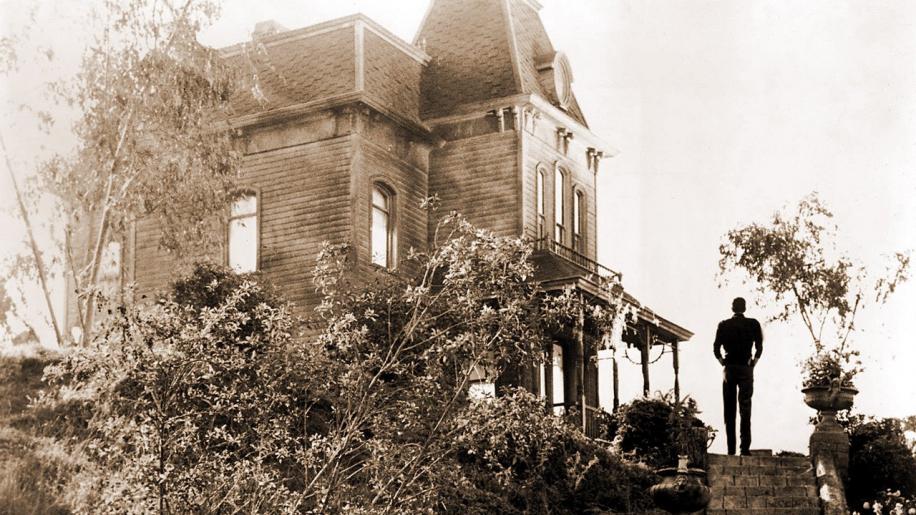 I was probably 11 or 12 when I first saw ‘Psycho’ without the knowledge of my parents. Scottish Television ran a ‘Don’t Watch Alone’ season of late night horror movies which included many of the old Universal monster pictures as well as this most notable of notable Hitchcock films. I used to wait until my Mum & Dad had gone to bed, give them half an hour to nod off, then get up and tiptoe into the living room and turn the TV on with the sound turned down so only I could hear it from 18 inches away. It probably wasn't the best way for me to see ‘Psycho’ but I remember being slightly disappointed as it wasn’t scary in a conventional sense that the mind of a youngster understood. There was no ‘here comes the big hairy monster’ feel to it. Even then I concluded that it was more a film about menace and dread. I don’t think I saw it again until I was in my mid twenties, but even though I vaguely remembered how it went, it seemed more frightening than I recalled. Maybe that was because I knew more about the world by then and the intervening years had given me a greater list of things to fear.
Looking at it now, I can appreciate more the ways in which Hitchcock manipulated the audience in order to get a required reaction. The building of tension, the suspicion, the guilt and the final revelation of an unhinged mind.
There’s no doubt that the shower scene is still one of the most iconic to bury its way into the subconscious. About 20 years ago, I heard my other half getting into the shower. As a joke I grabbed a banana, quickly whipped back the shower curtain and made sudden downward arm movements. She screamed the place down and afterwards wasn’t speaking to me! Honestly, some people have no sense of humour – but it does rather highlight my point. The mind instantly links to the shower scene in ‘Psycho’ and assumes the worst.

The 50th anniversary of the release of the movie is marked by its debut on UK Region free Blu-ray which gives us the best looking version available to date. ‘Psycho’ should really be seen on a big screen for maximum effect and with the Blu-ray release we have something that looks very close to a 35mm black and white print.
Hitchcock made great use of the eyes in this film and when you fill the frame with Janet Leigh’s right eye at the end of the shower scene, it looks very stark and glassy.

We’re all so much in awe of the name Hitchcock, that ‘Psycho’ has become his movie – overshadowing the stars in the lead roles. We almost forget that Janet Leigh’s performance conveys a broad spectrum of human emotion – love, lust, greed, avarice and deceit culminating in horrified fear. The fact that we don’t remark upon her acting is most likely because she seems natural and believable. This must be the ultimate accolade for any actor.

With Anthony Perkins, we get the innocence of a young man who spends a lot of his time alone so he also conveys the strangeness that gives the whole audience an uneasy feeling. The final scenes have a haunting menace when we’re allowed inside his head to hear his thoughts. Brrrrrrr! It still sends a shiver down the spine.

I would have loved to have seen ‘Psycho’ on its first release, when Hitchcock had alluded to an actress being cast in the role of Mrs Bates – the mother of Master Bates (Oh come on, I had to get that one in!) The final revelation would have been all the more shocking and I can imagine the intake of breath that went round the auditorium.
Hitchcock also created his own ‘spin’ or marketing campaign based on Cinema managers not allowing anyone into the theatre once the film had started. This caused queues outside cinemas showing the movie. Those were the days.

I’m going to take a leaf out of Hitch’s book here and refuse to outline the story of ‘Psycho’ as most of us know it already and those who don’t (mostly the kiddiewinks) are best going to it blind so they can find out what fear on the big screen is really like.

‘Psycho’ is required viewing on many media courses with students being invited to analyse it scene by scene, covering such topics as camera angle, lighting, timing and probably most highlighted is the contribution of music to heightening the drama. Bernard Hermann’s stabbing strings must be one of the most recognisable pieces of music in the history of the cinema. On the Blu-ray, we get the opportunity to compare the shower sequence with and without music. This isn’t the same as simply turning down the sound as the ‘live action’ audio is still present.

‘Psycho’ is a movie that most people would not elect to watch very often due to its macabre story, but the iconic images of the house on the Universal Studios backlot together with the neon Bates Motel sign instantly bring it to mind. The movie is a classic with so much from which future film makers can learn – and from which future cinema goers can learn to be afraid.
So turn down the lights, never mind the wind outside causing the branch of a tree to tap on the window, forget the dripping tap in the kitchen – but just make sure that nobody is creeping up behind the settee with a large kitchen knife in their hand.
Pleasant dreams!