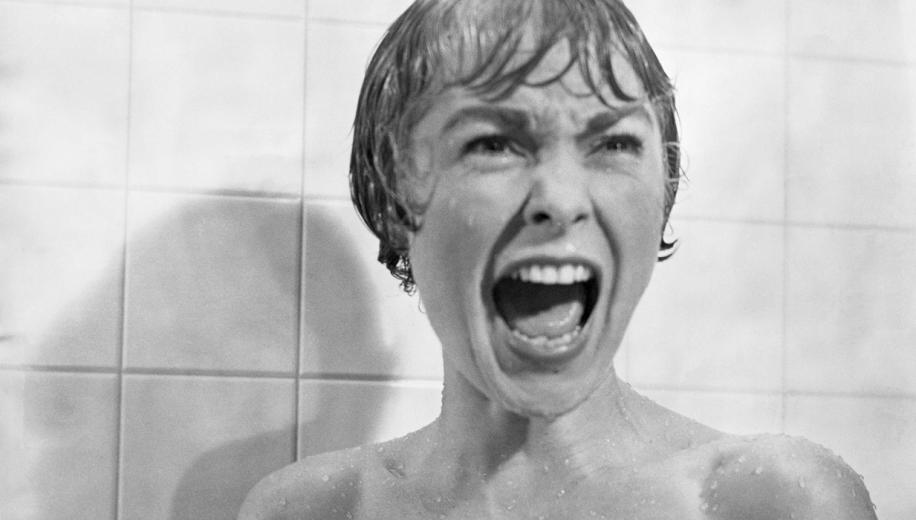 Certain iconic horror movie characters are mostly known by a single name: Michael, Freddy, Jason, et al, but seldom is a character included that could justly be denominated the grandfather of them all – and he has two names: Norman Bates. Psycho was made in by Hitchcock in response to the 1955 French film Les Diaboliques, a film he wanted to make himself and emulated very closely with this comeback - black and white photography, small budget, shock twist ending etc.

Indeed, so enamoured with Les Diaboliques was Hitchcock that he almost gave up, believing that nothing could top it. Thankfully, such was his verve that the rights to Psycho, the novel by Robert Bloch, were bought (Hitch also bought up as many of the novels as he could to preserve the ending!), a suitable screenplay was written (and re-written) and with a then miniscule budget and a TV crew, Psycho was born. It set a precedent for film and has never really been matched for sheer power and shock value.

The earlier Les Diaboliques is probably its closest rival; however, Takeshi Miike did very well with the shocking Audition which owes more than a great deal to Psycho, including the pacing, turn in storyline fortunes halfway through and ultimate revelation. But, more than anything, it made an icon of Norman Bates. A softly spoken, ‘want to cuddle him’ mummy’s boy whose devotion and rage was so staggering to audiences of the 1960’s that it is little wonder that character actor Anthony Perkins failed to ever get away from it.

You could argue that Psycho is lightning in a bottle, much was against it being made, including the studio financing it (cost them a fortune since Hitch’ took 60% of box office takings in lieu of his usual director’s fee!) but with Hitch’s determination to match Les Diaboliques and bringing back his long term collaborator Bernard Herrmann for the score, whose contribution to the film’s success cannot be understated, there really was never any doubt. Still as shocking today as it was in 1960, Psycho is a stunning piece of art, and now, thanks to this release, available to see in its original form – believe it or not, it’s even more shocking!

The native 4K image is stunning, detail is perfect, from skin detail, to clothing weaves, to frayed carpets, to water drops, to car instruments to stuffed birds, there is nothing that hasn’t a keen edge. The greyscale is astonishing, there is so much going on, depth to the blacks, height to the whites with everything in between. There is depth to the image, shadow detail is terrific, highlights are terrific, anything more is hyperbole.

Digitally there are no compression issues, the original source is in pristine condition, the fine shimmer of grain is perfectly organic giving a stunning filmic presentation

Note the Uncut version and Most Seen version pay via seamless branching, and look identical, the new scenes are, if anything, slightly darker and slightly less well defined.

Note also that the last branch (the multiple stabbings of Arbogast) stalled my player the first time I spun the disc; I could not replicate this stalling the following day.

The new DTS:X surround track really opens up the sound field to form a very immersive experience. Right from the off with the stunning Bernard Herrmann score and it’s multi-layered strings set the scene for what is to come. When Marion is driving, she is inside the car, while her thoughts are above her head. Dialogue itself is clear and never lost with a little directionality. But it is water that has the most effect on the track.

When Marion first arrives at the Bates Motel, the rain is lashing down, it is hitting the roof of the car, and you are inside with Marion, the engine hum is outside, it is wonderfully realised. Moving through the rain to the motel office the rain moves. The shower water is around you, and the attack strings are lightning! The sound design is very deliberate, and the 3D format really exaggerates it; some may feel it is pushing it a bit far, personally I loved it.

All the extras can be found on the UHD and have all been previously available.

The Making of Psycho

In the Master’s Shadow: Hitchcock’s legacy

Newsreel Footage: The Release of Psycho

The Shower Scene: With and Without Music

Behind the Scenes Photographs

Probably the film that Hitchcock is most well known for and indeed made him the most money due to his firm belief it would be a hit, and the studio's disinterest. Made cheaply but with verve, it is so frightening because the monster is so human. It made an icon of Norman Bates and forever coloured Perkins’ career; but he, like us, wouldn’t have it any other way. Available now, for the first time, in its original theatrical release form, it is even more shocking! Psycho tops off what is a classic, classic box set of classics!

The 4K UHD set is stunning, the native 4K image is out of this world with incredible detail and a full range greyscale, the DTS: X surround track is totally immersive creating a real sense of direction and being there. The extras package has been seen before, but it is exhaustive. This disc is available as part of the Hitchcock Classics Collection, which contains Psycho, The Birds, Vertigo and Rear Window.