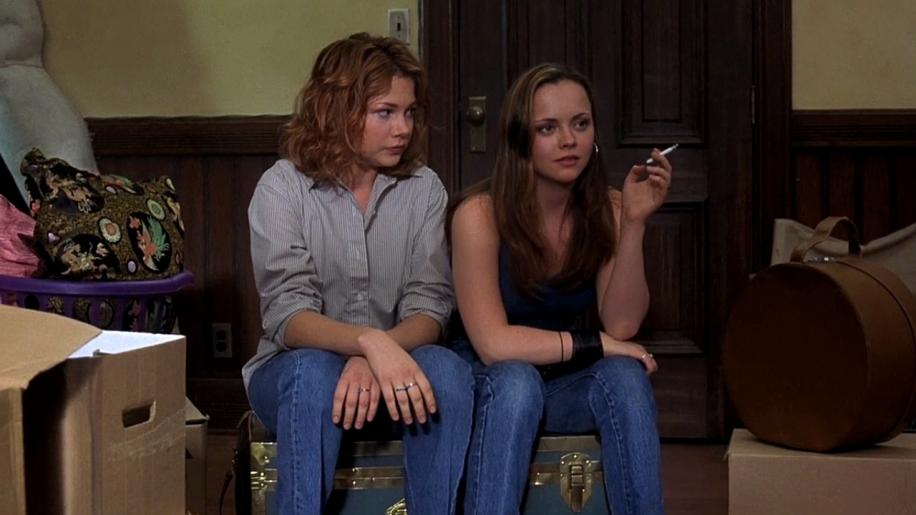 Child actors seem to have mixed success as adult stars. Macaulay Culkin is a prime example of somebody who never really graduated to mainstream movies as an adult actor despite his prolific childhood career and, on the other end of the scale, the likes of Drew Barrymore and Brooke Shields found the transition relatively simple. Perhaps it is to do with being stereotyped into roles, or maybe simply doing too many movies as a child, or it might even be just a male/female thing (look at the success of Jodie Foster and Natalie Portman). Either way I have great hopes for the upcoming starlets like Dakota Fanning who, with Man on Fire, Hide and Seek and now War of the Worlds, has proved that she can stand her own against heavyweights Denzel Washington, Robert De Niro and Tom Cruise, respectively. Conversely I think that Hayley Joel Osmond, the disturbingly freaky boy from The Sixth Sense, A.I. and The Ring will always be a disturbingly freaky boy. In the midst of this all we have Christina Ricci, who originally played the wide-eyed girl in Casper and in the Addams Family films and who has slowly ebbed her way into mainstream movies. Her rise to fame culminated recently in a star turn opposite Charlize Theron in Monster and a lead role in the interesting Wes Craven werewolf horror Cursed. However a couple of years ago, before she was big enough to sell a movie as the lead, she made Prozac Nation, a very adult film indeed.

Elizabeth Wurtzel has had a troubled childhood. Her mum and dad divorced when she was only two years old. She struggled through her adolescence into adulthood, her dad disappearing one day and her life becoming yet more complicated. Writing about the harrowing story of her life so far, she wins a Scholarship to go to Harvard and feels obliged, given her working class background, to give it a shot. Her over-protective mother, trying to make up for the disappointments that she has experienced in her own life, pushes her all the way. Initially feeling like a stranger, it is not long before she finds the New World of Harvard taking over. Smoking cannabis becomes a daytime job, with her and her new roommate spending their nights chasing boys. Whenever she gets the chance, she puts her hand to the typewriter and writes. If there's no typewriter around, she scribbles on scraps of paper, what you would expect a truly passionate writer to do. Then she steps up to the next level, convinced by a new boyfriend to try Ecstasy... and try sex. She becomes more and more reckless, addicted to drugs and obsessive about writing, finding herself increasingly disabled by her damaged childhood, reminders of which keep rearing their ugly heads. Therapy, love, medication, nothing seems to help - and sooner or later something is going to give. Prozac Nation is a depressing but moving tale made yet more so by being based on a true story.

Christina Ricci provides a commanding performance in the central role of Elizabeth, bringing to life this story of parallel threads about winning and losing. Without her it would not be half as compelling, half as interesting: the plot, however real, is that of any similar success-leading-to-excess tales, but she somehow brings a freshness to this well-trodden story. Narrating the penned words of the real person she is portraying, she manages to thoroughly convince on her downward spiral into obsession, addiction and desperation. Surrounded by some fairly big names - Anne Heche as her doctor, Jessica Lange as her mother - and some fairly familiar names - Jonathan Rhys-Meyers, Dawson's Creek's Michelle Williams and American Pie's Jason Biggs as her friends, she still stands out. Heche is suitably clinical, the excellent Lange gets to rant and sob a lot and Michelle Williams hasn't really graduated from The Creek. Biggs appears to have broken free of his American Pie stereotype but, still, even he does not come close to touching Ricci's performance. Again, if not for her, this film would probably be just plain boring. As it is, we get another interesting 'biopic', a small, little-known movie with a delayed release and an adult story about damaged teenagers, focussed by a stellar performance from Ricci, who is clearly just as prepared to bare her body as she is her soul. Perhaps it is right that the studios waited until she was more recognised to release this movie, maybe now it - and she - will get the attention they deserve.