How long would you be prepared to be without your child for? 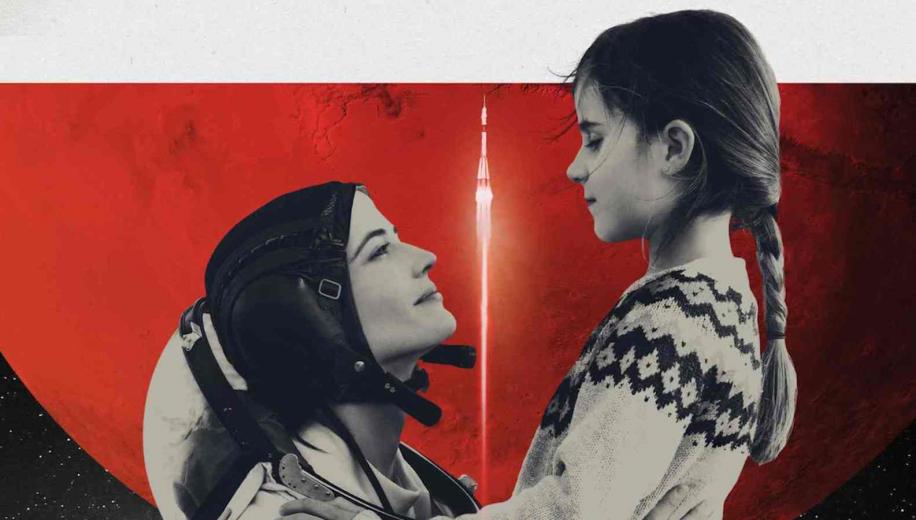 Always intended to be one of the very first movies to welcome audiences back to the cinema with, Proxima is a superb character study driven by a career high performance from Casino Royale's Eva Green.

As exciting - or dangerous - as going into space is normally portrayed as being in movies, few films have the time to really look at the consequences of long bouts away from home. Sure, Interstellar's fundamental father-daughter relationship was a tear-jerking emotional rollercoaster, but it was also predicated on the notion that 'daddy was going to save the world'. What about going to space, because it's your job? Or because it's your dream? Is that a selfish thing to do if you're leaving a child behind?

Even if you don't rush out of lockdown to see it, Proxima is worth putting on your list

Sarah is a second choice to join a mission to go to the ISS for a year. She's dreamt about it all of her life, since she was a little girl. Unfortunately now she has a little girl, only eight, and - separated from the father - she's the primary parent. Now that her dream has come true, she has to prove herself up to the job in front of a band of experienced - and commensurately arrogant - men, as well as take the heartbreaking steps to separate from her daughter.

﻿Although billed as a French film, Proxima is impressively multilingual - or rather Eva Green is impressively multilingual, carrying off convincing dialogue in her native French, German, as well as fluent Russian, and curiously only remaining a little (Casino Royale) off with her thickly accented near-posh English. She glides across the languages effortlessly, remaining focussed on the character at hand and her near-psychological torture at 'abandoning' her child. The film cleverly rarely leaves her side, perhaps only briefly to show what even the temporary absences from her child lead to - with the estranged father limply rising to the task of having to take care of her bi-weekend daughter daily.

Proxima does well to avoid types though, depicting Green's lead as a flawed individual who initially refuses to come to terms with the impact her tour in space will have on her young ward, whilst positing Matt Dillon's ostensibly unpleasant mission lead as a chauvinist predator, before unravelling such face-value preconceptions subtly, at the same time undoing his character's own preconceptions about Green's 'substitute choice' female astronaut. The daughter is played desperately well by Zélie Boulant-Lemesle, who also glides through languages - and spot-on emotions - effortlessly, whilst Lars Eidinger (Sense8) gets a similar arc to Matt Dillon, affording us a very honest look at ex-husbandry (his job may be to put the daughter first, but not necessarily the ex-wife).

A little like the short-lived Sean Penn space drama, The First, which never really got off the ground (literally), Proxima is more interested in what it takes to get into space, both emotionally and physically, than actually being in space, and it's pretty damn revealing at times. Yes, For All Mankind set everybody off on a gruelling survival test, but even that appeared more glossy than the near-documentary style afforded here (with actually footage interspliced presumably for added realism). Nobody is the best of the best of the best here, they're just humans, pushing themselves to the brink.

Whilst it may not have the kind of Big Screen bombast (Tenet?) required to draw audiences back to theatres in droves (it's the type of film which would have been a very pleasant surprise on home debut), this is still an impressive character-driven piece which proves desperately compelling despite the fact that almost nothing happens. Green is on fire - she deserves some decent material which extends beyond the Frank Miller's 2D 300: Rise of an Empire / Sin City: A Dame to Kill For roles. Having played one of the best Bond characters of all time maybe she'll finally get a bit more recognition now, and even if you don't rush out of lockdown to see it, Proxima is worth putting on your list.