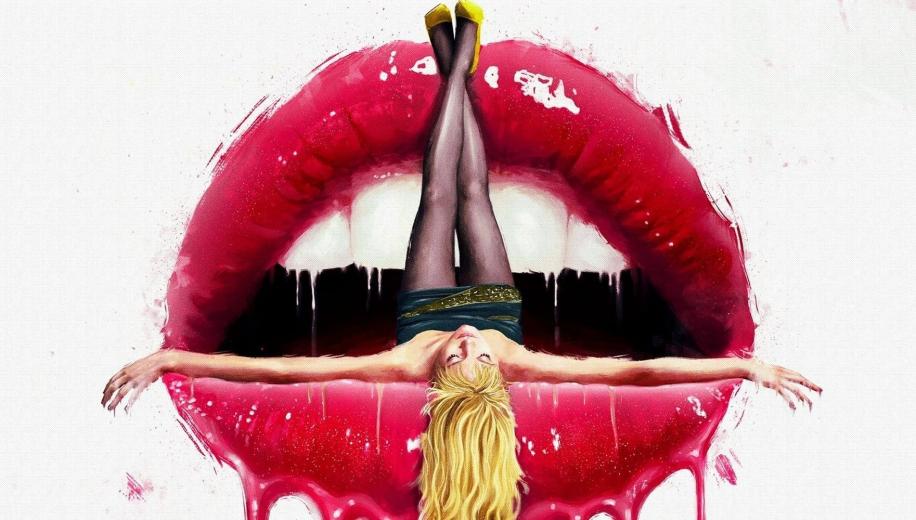 Promising Young Woman is an emotional rollercoaster. And much like a real rollercoaster, its dips and its curves are initially fun, an adrenaline rush. But it isn’t long before you glance across to the ride around you and you notice that, not so far down the line, this rollercoaster is broken. The track stops in mid-air and you’re strapped in and all the twists and drops that were so much fun to begin with are now just churning your stomach as you wait for the inevitable grisly end.

We first see Cassie on a sofa in a club, nearly blackout drunk. A group of three guys at the bar notice her and while two of them joke about how easy it would be to take advantage, the nicest of the three offers to make sure she has a taxi home. He’s a nice guy. But wait, actually his apartment is closer, and they could have just one more nightcap. Why not? Alone in his apartment, nice guy’s true gross colours show and it’s not long before he is seconds away from – let’s write this in the spirit of the film and be frank about it – committing sexual assault. but SNAP. Suddenly Cassie’s stone cold sober and “nice guy” is about to become another tally in her notebook.

Throughout the film, Carey Mulligan demonstrates such skill and range that she’s almost unrecognisable. It feels like a defining moment for her as she gives a career-best performance as the complicated but driven Cassie. So much of the film depends on her being able to snap between performances within performances, her character instantly bridging huge emotional chasms, and she barely misses a step. Required by the plot to match this emotional complexity is comedian Bo Burnham as Cassie’s on-again-off-again love interest. Without damning with faint praise, he does an admirable job of rising to the challenge. As do many of the supporting cast including Alison Brie, Jennifer Coolidge, Alfred Molina on fine form and the delightful Clancy Brown in his most quietly touching performance to date.

Emerald Fennell’s debut displays all the talents for biting comedy and poignant character moments that she first demonstrated as head writer for the hilariously dark season 2 of Killing Eve. PYW is a huge swing for a first feature and Fennell is not shy about asking her audience to swallow some pretty ugly truths. The film needles constantly – she’s not interested in persuading her audience or getting them on side or making concessions. She’s engaging in grinning snark which paints all men as the bad guys (well, almost all) and she’s out to piss you off, teasing with caricaturing the men in the story for laughs, and then when that fun needling evolves into harshly holding these men to account, bitingly asking you “why are you so pissed off?” It mostly works. Looking from one perspective, it's unfortunate that all the jocks and d-bags and “nice guys” are more likely to elicit a #notallmen response from all audience members, not just men, and as soon as that barrier is up, any point or meaning that Fennell is trying to convey is going to bounce right off the viewer. It’s also not helped by the constant state of emotional whiplash the viewer is kept in. But maybe Fennell isn't trying to improve the world. Maybe she's just justifiably mad about it and wants to make you mad too.

PYW is extremely tonally messy. It’s a difficult thing to ask your audience to be able to bounce between tears, laughter, shock, sympathy and disgust in such a short space of time, but Fennell not only asks it, she pointedly expects it. She’s determined to rattle you as you’re dragged through this tangled emotional mess and the constant jolting back and forth can feel extreme. There are no segues, no time to digest, just a constant knot in the pit of your stomach as you try, and sometimes fail, to keep up. In the middle of it, it would be a reasonable reaction to feel like it’s too much. But as the dust settles and the credits finish rolling the realisation comes: ‘maybe that’s the point.’

Trauma is messy, Promising Young Woman says, and living with it is an uncontrollable emotional drain. The tide is turning slowly. Fifteen years ago, Hard Candy set a precedent for features such as this, the much darker The Nightingale, and last year’s TV series I May Destroy You dealt with the some of the same issues, but it’s still not uncommon to see female trauma used as a crutch in writing – emotional shorthand used to either spur a male character to action, or for easy tears and sympathy. PYW is very much not about shorthand – it’s a deep dive into processing the consequences of a specific type of sexual assault, the impact on the victims and on those around them and the systemic protections in place for the perpetrators. But Cassie’s past doesn’t sap her strength, it gives her agency.

...it cannot be overstated how much glee there is...

For all the fury in the film that reading this review would have you believe is present (and there is some very direct societal criticism) it cannot be overstated how much glee there is too. It’s funny. Sometimes it’s knuckle-bitingly funny, sometimes laugh-out-loud, sometimes eliciting a laugh of shock or unease, but throughout the troubling events of the plot, the sense of humour never fails to tug you back in. The soundtrack is pitch perfect and frequently hilarious with touching meet-cute moments set ironically to Paris Hilton’s Stars Are Blind or an ominous build of tension accompanied by an orchestral rendition of Britney Spears’ Toxic. There are moments of joy too, culminating in the stark horror and triumph of the film’s final scene which is destined to divide audiences.

You would be forgiven for suggesting that the film does not pull together flawlessly; it sometimes asks just a little too much of its audience to maintain the level of required emotional engagement and because of that, it’s going to push away a chunk of its viewers. They're likely the viewers who would benefit most from consciously engaging with the material making it, on that specific level, a limited success, but on many other levels it's a triumph.

Promising Young Woman is available from 16th April 2021 on Sky Cinema and NOW.