Now you know you're not getting any answers, it's easier to enjoy the ride. 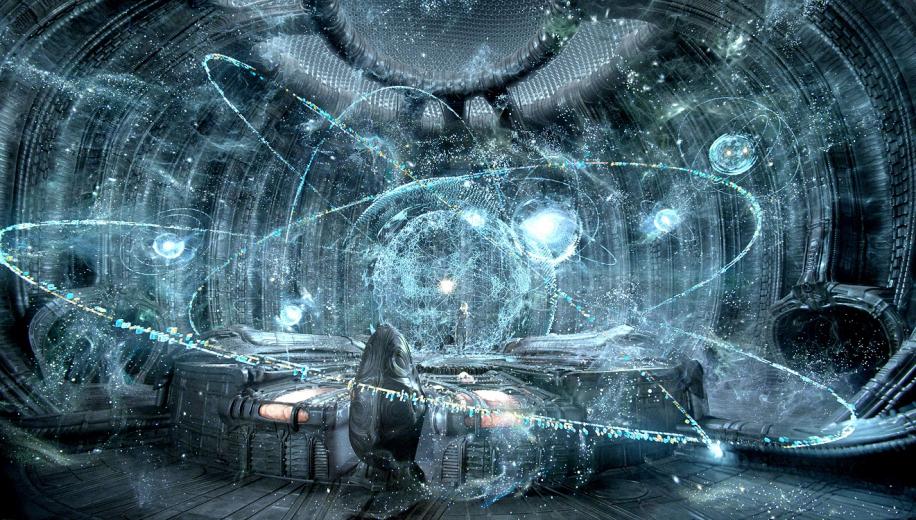 Hobbled by a hard-to-explain script and by nobody reining in Ridley Scott, the flawed Prometheus is strangely more engaging after the mess that was Alien: Covenant.

Expectations are everything, and when acclaimed filmmaker Ridley Scott's return to the Alien franchise that he started decades ago proved so narratively disappointing, audience expectations were shifted - with some understandable reservations - onto the back-end of that production. Many hoped that a solid sequel could fix many of the problems and make Prometheus a more enjoyable watch in light of that. Scott had other ideas but, ironically, the end result proved the same as, with the complete lack of satisfactory answers provided by Covenant, it's possible to return to the prequel with zero expectations and enjoy a thrilling, frequently spectacular big budget sci-fi voyage .
Bolstered by a trio of strong headline performances from Charlize Theron, Michael Fassbender and Noomi Rapace (who, thanks to Covenant, gets to vie with Katherine Waterson for Scott's most maligned heroine), Prometheus boasts some tremendous grand-scale visuals, and some memorable setpieces (the autosurgery is superbly tense). Even the stupidity of the crew is dampened by the stupidity shown in Covenant. And, knowing that the whole 'Engineers created Humans' nonsense is actually going nowhere makes it strangely easier to swallow. In a strange way, Scott ended up doing us a solid. He made a sequel worse than Prometheus, and inadvertently made Prometheus a better film.

20th Century Fox deliver the UK Ultra HD Blu-ray release of Prometheus in much the same shape as its sequel, Alien: Convenant, and with the same positives and technical negatives. It's hard not to be disappointed by the 2K Digital Intermediate which ultimately prevents us from fully appreciating the higher resolution 5K Red Epic digital source material, but still makes for an excellent 2160p presentation nonetheless, framed in the movie's original theatrical aspect ratio of 2.39:1 widescreen. The disc uses 10-bit video depth, a Wider Colour Gamut (WCG) and High Dynamic Range (HDR), and is encoded using the HEVC (H.265) codec.


It doesn't quite warrant a perfect 10 score, but it does look pretty damn spectacular

Even on its 1080p Blu-ray release, Prometheus looked spectacular, so this Ultra HD Blu-ray release has some great material to work with and largely makes the most of it, providing a nice little uptick in detail that affords finer observation of the intricately designed ships, clothing, space suits, and alien elements. It's a majestic environment rich for harvesting, and the presentation laps up as much as the 2K can afford, leaving only the most stubborn AV aficionados likely to stick to their argument that this offers little improvement over the Blu-ray.

Of course, as we all know by now, 4K improvements are largely nothing without the HDR and WCG enhancements that have grown to define the format, and Prometheus makes the most of these too. Obvious candidates come in the form of the fantastic holo tech sequences, which were amidst the best highlights that the 3D format had to offer, and which are given a surprising amount of pop thanks to HDR and WCG, so much so that, even without the added dimension, they give a good impression of having one. The suit neck-lights are impressive too, getting those peak neon benefits most recently seen on the exquisite Ultra HD Blu-ray release of Blade Runner, with specular highlights defining the frequently grey palette, and the movie's exceptional usage of shadow design (better than in Covenant) is taken to a whole new level thanks to HDR, and given strikingly deep black levels and a newfound peak brightness set within them. It doesn't quite warrant a perfect 10 score, but it does look pretty damn spectacular.

With the back cover promising 'immersive audio' it's curious that - unlike the Ultra HD Blu-ray release of Alien: Covenant - the Ultra HD Blu-ray release of Prometheus actually doesn't have a Dolby Atmos track. Thankfully, for many, it will not be too much of a disappointment, not least because the original DTS-HD Master Audio 7.1 track was already pretty-much perfect.


A fantastically 'immersive' soundtrack even without Dolby Atmos

Dialogue remains firmly prioritised across the frontal array, coming across clearly and coherently throughout, but the real highlights come on the effects and score fronts. With an Alien-twinged orchestral-dominated score driving the piece and, in particularly proving quite rousing during the more tense and action-driven sequences, the surrounds get one hell of a workout and the LFE channel seldom lets up either, underpinning the whole affair. Effects are where it's at, however, with each discrete setting - from space to the ship to the planet and its vast caverns - given a distinct life of its own; the thrumming engines and buzzing computers aboard the ship; the whipping wind on deck and echoing caverns below, and, etched into the fabric of key sequences, those creeping alien noises, brought to life by the mutations and creations on offer, which jolt into your face with a kind of intensity that characters are only really afforded in horror movies. It's an excellent sound design, and a fantastically 'immersive' soundtrack even without Atmos, scoring high marks.

As with Alien: Covenant, Prometheus is another lazy Ultra HD Blu-ray release on the extras front - perhaps even more so - as, not only do we get none of the extras (beyond those audio-derived) ported over to the Ultra HD Blu-ray disc itself, but we also don't get any of the extras that weren't included on the 2D Blu-ray film disc, which, at least for the 4-disc release, means missing a whole disc of additional features, with a runtime twice as long as the film itself.


This release is missing a whole disc of additional features

What we do get are a couple of decent Commentaries on the Ultra HD Blu-ray disc, and then a slew of Deleted Scenes and Weyland File promos on the accompanying Blu-ray disc, missing out on anything Behind the Scenes related, not least the near 4-hour documentary that was on the special edition Blu-ray.

Scott made a sequel worse than Prometheus, thus inadvertently making it a better film

Released the same day as it's sequel, Prometheus earns a marginally better video presentation and an excellent audio track which, whilst technically lacking as it's not Atmos, makes up for it by still being one of the better non-Atmos tracks on the block. Missing a whole disc of extra features only highlights the increasingly lazy approach studios are taking to some of their Ultra HD Blu-ray releases, but that's exactly what happened in the early days of Blu-ray, with upgrades not having the extras on their DVD special edition predecessors. Ultimately however, fans of the Alien franchise are going to want to check out the first 'Alien' films in 4K, and will likely be impressed by the results.