Is the latest Essential the must-have sub £300 turntable? 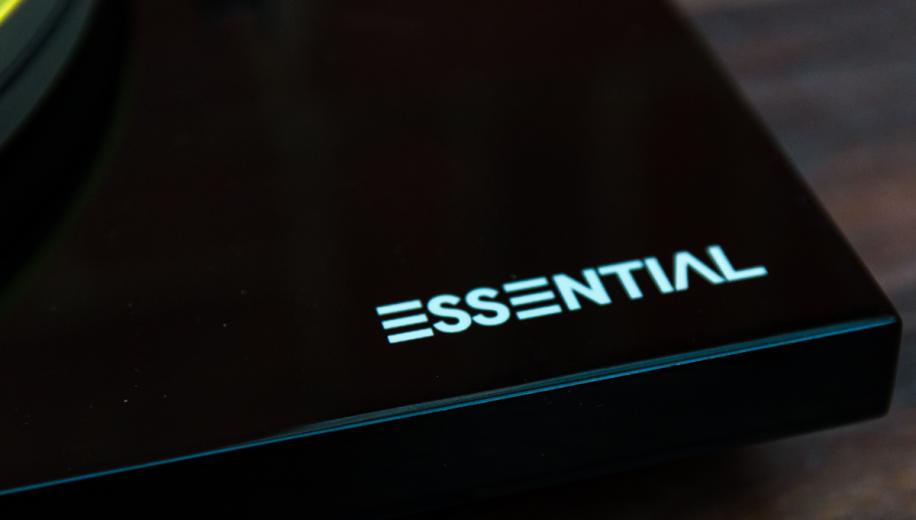 What is the Pro-Ject Essential III?

The Pro-Ject Essential III is the latest model in Pro-Ject's extensive range of affordable turntables to be given an overhaul and the changes that have been carried out are pretty extensive. This is interesting from the perspective of AVForums as the first turntable review I was commissioned to do was the Essential II so it is the first time there is a point of comparison.

On a wider level, the scope of the changes that have been carried out to the Essential III are indicative of how much the affordable turntable market has developed in the last eighteen months. When I reviewed the Essential II, the affordable market was dominated by Pro-Ject and Rega with a few other brands nibbling away at the peripheries. The Essential II was a pared back Debut that offered a cost effective way to get going with vinyl. It was – as I noted at the time – no looker but it worked brilliantly.

The Essential III enters a market where many companies who were absent in May 2015 have released excellent products and existing players have upped their game too. I personally believe that 2017 is going to see a fall back in record player sales and a drop in the sale of media as well. To prosper in times like this, you need to be the best turntable going and it seems Pro-Ject knows this. Is the Essential III going to be the pick of the pack? Before anyone starts muttering about Brexit and wanders off to burn an effigy of Nigel Farage, it is worth pointing out that the difference in price has more to do with changes to the specification than any pressure on s

The other major change is lurking on the end of the tonearm and is rather harder to spot. The Essential III moves from the Ortofon OM5e cartridge used before to the OM10. The two cartridges are visually identical but the OM10 uses an eliptical stylus rather than a conical one. If it is correctly set up, this can sit more deeply in the groove of a record and produce superior detail retrieval. As the Essential III ships with the OM10 correctly aligned, you only need to set the tracking weight correctly to see the benefit.

The final significant changes are lurking under the skin. The Essential III uses the same motor as before but makes use of an integrated grounding link designed to make the Pro-Ject easier to use and quieter during playback. The revisions are finished off with a heavy duty OFC tonearm cable that should quell any audiophile quality fears while also offering the practical benefit of high quality plugs that should stand up to a fair bit of use.

Otherwise, the basic design of the Essential – unsuspended design, full plinth with isolating rubber feet – continues as before. It isn't world changing but provided you site it with some degree of care, it works extremely well. The 8.6 Tonearm is a long running part of the Pro-Ject inventory and while not the most beautiful device going, it is easy to set up, robust and capable of good performance. A final welcome gesture from Pro-Ject is the provision of a lid which isn't glamorous but is extremely useful.

The only quibble with the design is – perhaps ironically – the major bugbear I had with the Essential II. The belt runs around the full outer edge of the platter and fitting it is a pain in the proverbial. What makes the Essential trickier than say the Elipson Omega 100, is that the belt operates at a lower tension so until it is on, it is off so to speak. This would not be a huge problem save for the front edge of the platter being very close to the lid making it a little too easy to snag the belt if you aren't careful. Open the lid from the sides though and you're golden.

The engineering changes to the Essential III are significant and account for the bulk of where the upgrade money has gone. On its own, the updates would be considerably appreciated but there is a little more to what Pro-Ject has done to the Essential III. It's predecessor felt functional and solid... but somewhat austere. Everything on the deck was there for a reason but you got the feeling that nothing else was. It is illuminating therefore to compare the Essential II to the III. The jump in the overall aesthetic standard afforded by the gloss plinth and acrylic platter is enormous. The Essential III now competes in a market where even at this relatively cost effective end, the standard of build and finish has improved dramatically. Pro-Ject hasn't simply responded to keep the Essential III competitive, it has instead raised the bar to a new standard. Only the Elipson Omega 100 at an extra £60 can match the finish and build of the Pro-Ject, pretty much everything else feels somewhat simplistic and a bit crude. The crucial bit is that it does this while still being as rugged and practical as the previous model. This is something you'll be pleased to have out on display when your mates come round. Smart though the black of the review sample is, anyone who doesn't go for the red version needs their head examined. Pro-Ject hasn't simply responded to keep the Essential III competitive, it has instead raised the bar to a new standard

How was the Essential III tested?

The Pro-Ject has been tested with a Graham Slee Communicator phono stage – possibly slightly more expensive than might be chosen by an owner but not unduly so – and an Avid Pellar. It has been connected to a Naim Supernait 2 running Neat Momentum 4i speakers but more usually an Audiolab M-One integrated amp with Neat IOTA standmount speakers. All equipment was connected to IsoTek Evo 3 Sigmas mains conditioner. The test material has been vinyl. As with its predecessor, setting the Essential III up is about as straightforward as a turntable can be (belt fitment possibly aside). If you are familiar with turntables you can probably go from opening the box to playing a record in under five minutes and even if you aren't, I can't see it taking much more than twenty. Everything bar a stylus force gauge is in the box and the process is totally logical. This is a very friendly starter deck.

The Pro-Ject arrived on the same day as a cheeky Discogs purchase of The Hardline According to Terence Trent D'Arby which in almost new condition had cost a princely £1.99 with postage being shared across some other purchases. While it is fair to say that Trent D'Arby might have disappeared up his own fundament in later albums, his first effort is a hell of a listen with some real flair and beautiful production values. Having first listened to the pressing on my Avid Ingenium Twin to get a handle on it, I switched over to the Pro-Ject. The result was illuminating.

First up, the basics are all there. The Essential III is pitch stable, has a noise floor below that of pretty much any phono stage it is likely to be partnered with and it tracks at a perfectly civilised weight. Beyond the basic statements, the Pro-Ject is the turntable that does the most in its class to bring the benefits of vinyl to the forefront of its performance. The opening compressed section of If You All Get to Heaven opens out into an immediate and utterly compelling cohesion and sheer musicality that still eludes some digital products. The Pro-Ject has the composure and resolution to let you know what is going on and the ability to have some fun with it. Once you stop grinning like an idiot and examine what the Essential III is doing, much of this perceived ability comes from how tonally even the performance is across the whole frequency response. There is no midrange 'hump' – either from there being a boost to the frequencies in the midrange or tailing off of the higher and lower frequencies. To be clear, while it is outside the scope of these reviews to measure the Essential III, it is likely there is a tail off towards the frequency extremes but not one so pronounced it affects the performance.

This is impressive because the bass response of turntables of this nature generally suffer at low frequencies and while the Pro-Ject can't match the more forceful low end of the Numark TT250USB it has a detailed and well proportioned bass response that keeps up with the speed and general fluidity of the rest of the frequency response. Just as impressive are the upper registers which are lively and detailed and give vocals and supporting instruments the space and tonal realism that they need. Even poor and 'hot' pressings are generally handled well. Furthermore, if you do play something good on it, the Essential III has the ability to justify the effort of doing so.

There are limitations – it could hardly be otherwise – but what is consistently impressive is how the Pro-Ject manages to minimise them. With complex live recordings like Nils Frahm's Spaces or Dead Can Dance's Toward the Within, it can't deliver the tiny details that the (vastly more expensive) Avid can extract. Once you've finished being hyper critical, you can then remember that the Project costs one third as much as the cartridge used on the Avid and marvel that despite this, the Essential III is still a staggeringly good listen.

It also benefits from being partnered with a decent phono stage – the Graham Slee I used for the bulk of testing showed it to good effect but it still showed improvements when used with the Avid Pellar suggesting that it has a bit of stretch for system development if you need it. Of course these costs will need to be factored in if you are starting from scratch but phono stages are not specific to turntables so it would continue to be a worthwhile purchase even if you updated at a later date – although the Essential III does enough to ensure you won't rush to shop it in. Beyond the basic statements, the Pro-Ject is the turntable that does the most in its class to bring the benefits of vinyl to the forefront of its performance

If you were looking for a point of reference for the improvement that the Essential III represents over the already solidly capable Essential II, I don't recall ever testing a product that notionally replaced a preceding model demonstrating such a jump. Even the Rega Planar 3 isn't this much better than the previous RP3. When I reviewed the Rega, I said it and its little brother the Planar 2 were very definite statements of intent to all the companies muscling in on this category that Rega is the pre-eminent affordable turntable manufacturer. The Essential III is Pro-Ject pushing back. This is a superbly well thought out and implemented turntable that, if given a reasonable phono stage, can produce a performance that is superior to anything else under £300. For that reason, it has to be considered a Best Buy.