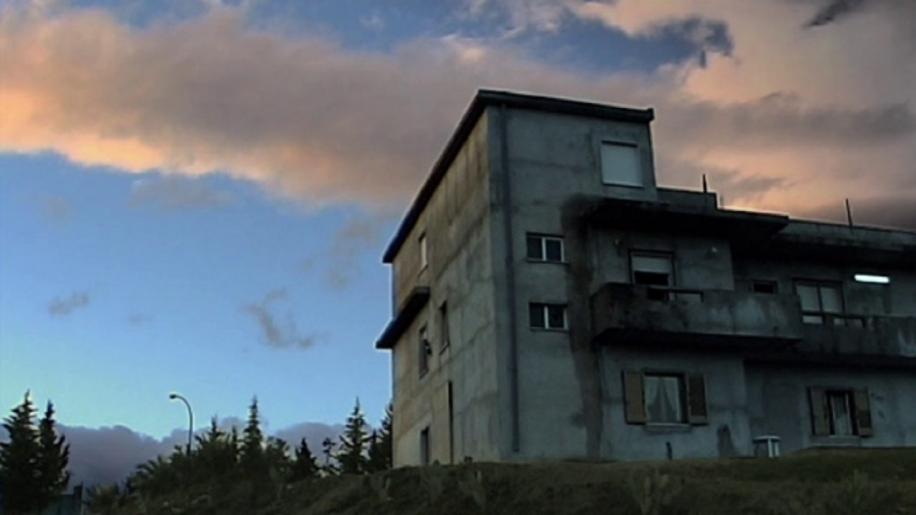 How would you react if your family home was subjected to military occupation? This is the question that Italian documentary filmmaker Saverio Costanzo tackles in his intelligent and thought provoking debut feature 'Private'. Focusing his story in the midst of the Israeli-Palestinian conflict, Costanzo attempts a meditation on the complexities of the political situation through the eyes of a middle-class Palestinian family. Mohammad (a superb turn by Palestinian star Mohammed Bakri) is a happily married man with a large upwardly mobile family who live in a secluded home situated between an Israeli settlement and a small Palestinian village. As hostilities between the two sides escalate, Mohammad's family find themselves precariously placed in the crossfire. The house becomes a symbol separating the two disparate sides, and ultimately the Israeli army choose to confiscate the property to utilise as a strategic base for their soldiers. Mohammad is an educated, proud and principled man however, and he refuses to surrender his home and subject his family to life as refugees. He stands firm and remains in the home, under the oppressive watchful eye of the invading soldiers. From here the house itself becomes a claustrophobic social metaphor for the conflict at large. The soldiers commandeer the upstairs for themselves, Mohammad and his family have use of the downstairs (if they stray uninvited they are threatened with execution). What follows is as much a character study of the effects of war on the family unit as it is about the conflict in any obvious violent or overly politicised sense. Mohammad struggles onward with faith in his beliefs of resilience and patience, as he desperately attempts to retain control over his family unit, which finds itself gradually imploding with the strain of the occupation. His virtues of tolerance and inner strength are contested by both his oldest daughter Mariam (Hend Ayoub) and his teenage son Jamal (Marco Alsaying), both of whom see confrontation and not submission as the answer. Mohammad's marriage to Samia (Areen Omari) is also put under strain, as she is unable to accept the sacrifices her husband's principles have created. The difficult nature of the movie is handled with an assured directorial hand and, despite its low key origins, never fails to enthral. What elevates Costanzo's film from worthy independent to something more substantial and thought provoking, is the assured way he approaches such complex subject matter. He maintains his documentary eye for the small details, and Costanzo skilfully avoids painting things in simple black and white. In the film's second half we regularly follow Mariam on dangerous expeditions upstairs where she takes refuge in a cupboard and eavesdrops on the Israeli soldiers. Here the soldiers are pictured as ordinary people; they long to go home, they play musical instruments and watch sport, they laugh and joke with each other. By humanising Mohammad's adversaries Costanzo conveys the fruitless nature of the conflict. We by turns sympathise with Mohammad's fate and also with the soldiers forced to carry out such duties. The film succeeds not only as an excellent character study and snapshot of conflict, but also to some degree as a low-level thriller. There is a credible amount of tension created in certain scenes involving the conflicts between the family and the solidiers, and a couple of decent 'edge of the seat' moments. It is to the film's credit that none of these scenes compromise the overall feel of the movie, and none seem out of place. Costanzo proves himself as effective at generating moments of suspense as he is fleshing out his more personal developments in the film. There are no easy answers to a situation like this and Costanzo does not seek to offer any, only to offer a snapshot in the most personal of settings of the hopelessness of war. In doing so he has crafted a thought provoking and well judged little triumph here, which lingers in the mind long after the credits have rolled.