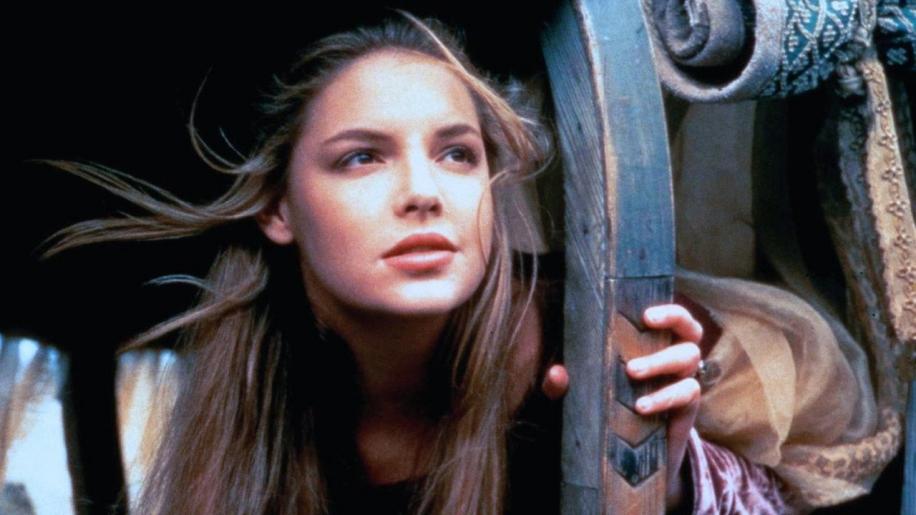 The good old days of the Saturday matinee are back with the release of 'Prince Valiant' on Blu-ray courtesy of the team at Eureka Entertainment. They seem to specialise in finding movies with a kind of cult status or with real curiosity value.
'Prince Valiant' is one such film that hails from the early days of Cinemascope (1954) and is a real romp set in the era when knights were bold and a fair maiden was worth jousting for. Whenever this picture has been screened on TV, it has been in a pan and scan version but now we have the luxury of viewing it in the early full scope aspect ratio of 2.55:1.

The film has some big names too. There's a very young Robert Wagner in a pretty hilarious black wig shaped like a German helmet as the titular hero. The consistently excellent James Mason stars as Sir Brack, a knight who through an accident of birth, has to forego a claim to the throne of Camelot. The lovely Janet Leigh appears as Princess Aleta and Sterling Hayden makes a stentorian Sir Gawain. Other names popping up are Donald Crisp as King Aguar and Victor McGlaglan, more famous as John Wayne's opponent Big Will Danaher in the legendary marathon punch up of 'The Quiet Man'.
Another fact in the 'not a lot of people know that' category is that the Special Effects man on the picture was one Ray Kellogg - a man whose career never recovered from being roped in as co-director on John Wayne's 'The Green Berets'.
'Prince Valiant' was directed by Henry Hathaway who also helmed 'True Grit', 'The Sons of Katie Elder' and who also directed a section of the sprawling Cinerama epic 'How the West was Won'.

But enough of the name dropping, what's the story here?
Originally a King Features Syndicate comic strip it tells the tale of young Prince Valiant (Robert Wagner), son of the exiled King of Scandia, who journeys to Camelot to hopefully become a knight at King Arthur's Round Table. He aims to help his father reclaim his throne from the pagan usurper Sligon (Primo Carnerna) and restore the Christian faith to their homeland. On his journey he stumbles on the mysterious Black Knight (not saying who he is) plotting with the Viking pretender to overthrow Arthur (Brian Aherne). Barely escaping with his life, Valiant encounters Sir Gawain (Sterling Hayden), a friend of his father's who tutors the young Viking in the skills required of a knight. Valiant and Gawain's pupil/teacher relationship is complicated by their romantic involvement with Princess Aleta (Janet Leigh) and her sister Ilene (Debra Paget). If Valiant is to restore his father's throne and prevent the uprising against Arthur, he must uncover the true identity of the Black Knight. But who can he be?

This is one of those movies where everyone in Britain has an American accent and thankfully none of the cast even attempt to sound English, except of course our very own James Mason.
Those of us who like to seek out hidden meanings in a film could make a strong case for it being anti-racist. Poor old Prince Valiant doesn't half get a hard time for being a Viking rather than a true Brit. It's mentioned so often that you're convinced of the underlying meaning.
Albeit a Hollywood studio film, the exteriors were shot at Alnwick Castle in Northumberland which served as Camelot in all of the master shots while Warwick Castle was used for the main gate and courtyard. Doubles were used for the stars in the long shots and Janet Leigh's double was none other than a young Shirley Eaton, who was to be immortalised in gold 10 years later in 'Goldfinger'.

Nowadays we're so used to the use of green screen that when we see some old fashioned back projection used in a movie, it really shouts at us so 'Prince Valiant' has real novelty value in this respect. We're also treated to the hand crafted way of putting a castle into a shot when it doesn't actually exist. The art of the matte painting artist is truly celebrated here with many scenes being shot through a 6 foot square sheet of plate glass on to which someone has painstakingly painted an additional building, forest or hillside.

The score by Franz Waxman is worthy of a mention as it is good rousing stuff in the style of an Errol Flynn movie and the theme remains in your head long after the film has ended.

The acting is fairly run of the mill with only James Mason's performance worthy of a mention as he provides the necessary slimy menace befitting his character. Sterling Hayden seems to be rehearsing for pantomime season while Janet Leigh's bra should have received an Oscar as it looks as if it might spring off and embed itself in a wall at any given moment. It was only really upstaged by Robert Wagner's wig.

With a film like this you don't really need to be bothered by such things though as it's all a bit of fun, a good old fashioned period romp that no doubt paid the stars mortgages for a while. Just accept it for what it is. It has no real pretentions to be anything more than good entertainment but it has also served as a reference for directors of more modern classics - and I'm thinking of 'Star Wars' here. Ponder on the storyline. It's not so different.