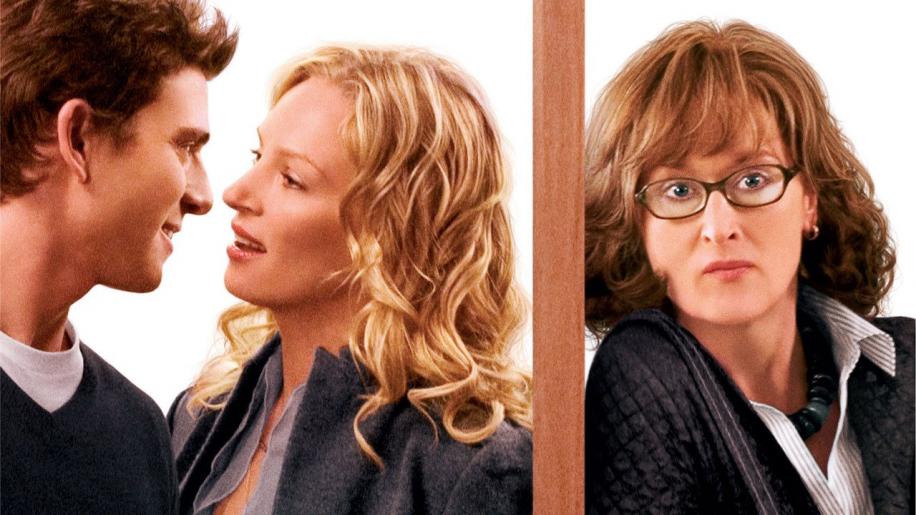 As befitting the movie, the transfer provided here is somewhat of a disappointment. Colour levels are impressive, being vividly rich, fine and even for the duration There is on a whole an acceptable degree of detail and sharpness on offer. Grain is kept to a relative minimum, and there is no evidence of print damage. All these should be par for the course on a new release however, and what lets this film down immensely is the nigh on permanent presence of edge enhancement and haloing, which verges from merely noticeable through to a real inconvenience. If you can avoid taking it in then the transfer looks pretty fine, if like me you find yourself completely disengaged with the movie then it may be all you notice. Well, it's an (alleged) romantic comedy we are watching here, so it comes as no surprise when I say that this 5.1 soundtrack isn't likely to dislodge your family portrait from the living room wall with it's intensity. The track is subdued and restrained, with no real opportunities to break free and stretch itself sonically. What it deals with in its limited range is decent enough, there is a good clarity to the dialogue, and the track is mixed competently enough. Needless to say the LFE channel goes to sleep for the movie, and the rears are only really brought into play to emphasise the movie's beatnik acoustic score. Acceptable enough given the restraints of the source, but absolutely nothing to write home about. Unfortunately things don't really look up in this department either, where the supplements on offer are as bland and lifeless as much of the film itself. Prime's extra's open up with a feature commentary from the writer/director Ben Younger and the producer Jennifer Todd. It's far from a particularly engrossing example of the medium. The track veers in a stop start pattern, going from patches of absolute silence to moments of almost chaotic enthusiasm. It isn't aided by the quite frankly irritating interplay between the two contributors, chipping in over each others anecdotes and talking in that particularly American style (“I was like, yeah, like that would be cool man” etc) that breeds a reactionary desire for a cup of Earl Grey and a bit of Jeeves and Wooster. Up next are just over eight minutes of deleted scenes, some presumably cut for pacing, others cut to make the tone of the film less outrageously comic. None of them add much to elevate the film, and in the case of this particular film, less is most certainly more. Following this is four minutes of outtakes, the dreaded 'bloopers', none of which are in any way funny and involve a combination of fluffed lines and tedious mugging. Finishing off the lack-lustre selection is 'Prime-Time Players' a featurette than runs at just under ten minutes. Featuring interviews with cast and crew, this is pretty standard PR fluff, with very little in the way of serious contribution or analysis from the main players outside of the standard conventional observations on the movie. A schizophrenic yawn fest of a movie, who doesn't know if it wants to be a mainstream rom-com or a more portentous musing on the nature of romance and ends up failing at both. The movies only saving grace is a great turn by Meryl Streep. For Thurman addicts or insomniacs only.