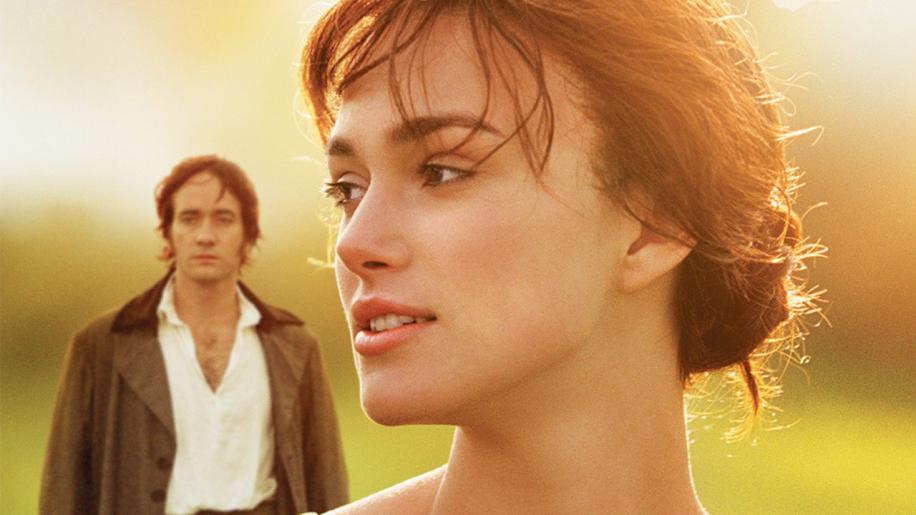 Classic period dramas are always a good source for Hollywood to make more money without going to a great deal of effort. After all, the material is already there, has probably been done several times before, but is nevertheless likely to be instantly picked up by audiences globally. Alongside Emily Bronte's Wuthering Heights, Jane Austen's Pride and Prejudice is probably one of the most loved classic romantic tales of all time. Some ten years ago, the BBC created a lavish six-hour interpretation of Pride and Prejudice starring Jennifer Ehle as the heroine Lizzie and Colin Firth as the detached source of her affections, Mr. Darcy. It was commonly regarded as one of the most faithful and enjoyable versions of the classic tale ever to grace our screens, big or small. Now, Hollywood has taken up the reins in revisiting this period piece.

Focussing on the lives of five unmarried sisters, the Bennets, whose fairly impoverished parents are desperately keen on seeing them marry into wealth and prosperity. The eldest, Jane, is the one who has to marry first, but the story really follows the second-in-line, Lizzie, whose passion, energy and drive to find true love have thus far left her alone and uninspired. One day she meets the impassive Mr. Darcy, an aloof, arrogant (and often amusingly sarcastic) aristocrat whose behaviour borders on just plain rude. Nobody knows why he is like this - and to a certain extent nobody cares, they just expect it from him - but he sparks an interest in Lizzie that simply must be sated. Despite numerous attempts at breaking into his outer shell, it seems almost impossible to get to the truth behind the poker-faced Darcy, but Lizzie is determined to understand him and, if possible, love him. Will he ever let her in, however?

Pride and Prejudice is a classic tale of love, set against a sumptuous backdrop of beautiful landscapes and picturesque houses. Rich in language and depth of character, staunch Austen fans may be disappointed with how far this appears to drift from the original material, but I personally appreciated how they streamlined the story down to its bare essentials, allowing for much greater focus on the most crucial aspect of the material - the relationship between Lizzie and Darcy. This, in my opinion, makes it a much more enjoyable cinematic affair. Sure, completists will still defer to either the TV series or just the original material for a broader portrait, but Joe Wright's two-hour theatrical version is just as easy to both appreciate and love.

Of course, affection for this production is made infinitely more pleasurable by the choice of Keira Knightley in the lead role of Lizzie. For the first time in her film career her accent appears perfectly suited and her beauty, youth and vibrancy all come together to truly bring the character to life. Deserving of her Oscar nomination (although perhaps not the full Award), she is easily the best thing about this movie, even outdoing the beautiful views (shamefully often enhanced with CGI) with her own radiance. Matched against her we have Matthew MacFayden as Mr. Darcy. After his superior turn in the BBC spy-drama Spooks (although I have to admit that his replacement, Rupert Penry-Jones - despite his name - is just as good a lead spook) it is not surprising that he was chosen for this role. Even if it seems like a wildly different enterprise to take on, the roles are actually quite similar in terms of portraying an impassive, almost emotionless hero who the female lead prays has a heart beating inside his cold exterior.

Aside from the two well-chosen leads, Donald Sutherland is on noteworthy form as the father of the Bennett girls, standing out in every scene he contributes to and playing the kind of strong, reliable but down-to-earth father that every young girl would probably hope for. Brenda Blethyn blusters around as the mother, all too keen on getting her daughters married, irrespective of who they marry (as long as they are rich), Judi Dench provides decent support in the cameo role of Darcy's staunchly Aristocratic aunt (and other potential mother-in-law), acting as if she were royalty and Rosamund Pike seems so much more natural (and beautiful) in the role here as the eldest sister, Jane, than she ever did trying to play a femme fatale in the over-the-top (even for a Bond film) Die Another Day.

Pride and Prejudice is one of those classic tales that will always get revisited by cinema and TV studios, ever keen on injecting new life into a timeless story of strong emotions and warm romance (and getting richly rewarded by Box Office receipts no doubt). Thankfully, despite it not having been that long since we last had a decent interpretation of this particular affair, this new adaptation is bright and fresh and a deeply satisfying production. I'm not kidding - you would be hard pushed not to warm to this very rich and beautiful romance. I certainly did and so it comes heartily recommended.