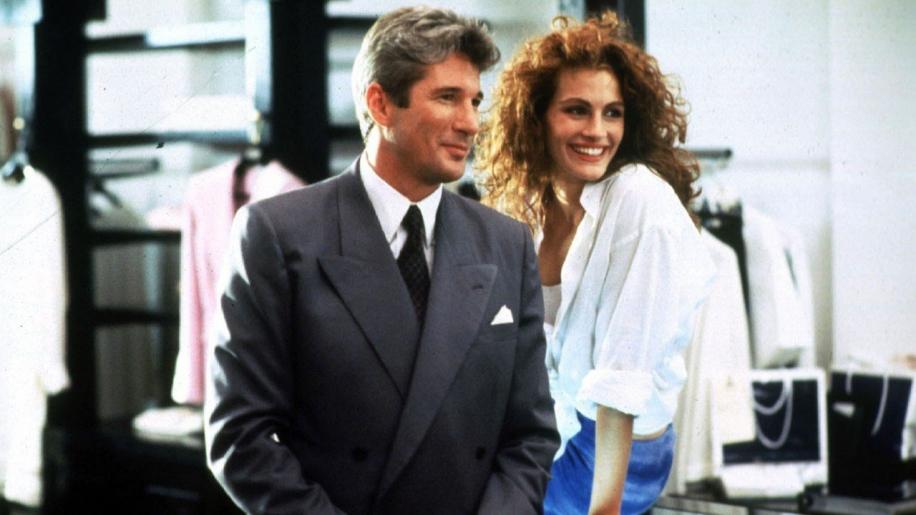 Can you believe it has been fifteen years since this film was first shown? It is a testimony to its success that it is still a cultural reference even today. I think most readers of this site will have watched this film (probably more than once if they've got female partners!!) and will all secretly admit to enjoying it at some level. I think my fond recollections of this movie are twofold - firstly it was a classic "date" movie that usually left the lady feeling all warm and cuddly. Secondly the prospect of seeing Julia Roberts in a mini-skirt and thigh length boots was very appealing to an adolescent male (although this was short lived when I discovered that the movie poster had used a body double!).

Chances are, you know the story of Pretty Woman, but if for some strange reason this has passed you by here's a brief synopsis. Julia Roberts plays Vivian Ward, a "tart with a heart" - a beautiful, relatively innocent lady of the night who bumps into attractive business man Edward Lewis (Richard Gere) whilst working on the streets. Edward coincidently needs an escort to pose as his partner whilst he conducts a business deal so he hires her for a week to perform this role. Obviously things develop and in a modern interpretation of My Fair Lady, Edward takes Vivian away to a better life and so begins a romance between two characters from conflicting social classes. This is the main part of the story, showing how both characters struggle to deal with the prejudices they receive for being together and how they eventually overcome them.

One could write pages and pages about the subtexts and social commentaries made by this film but that would be missing the point. This movie was successful, not because the audience were made to think or because of a clever plot - I believe it was successful because of that rare thing that happens in classic movies - chemistry. The various ingredients all came together and none more so than the on-screen pairing of Roberts and Gere. It's hard to put a finger on why that is, but something special happened and the rest, as they say, is history.

So, fifteen years on and three DVD releases later where does that leave us? Well the quick answer is if you had been waiting for an occasion to buy Pretty Woman, this is the version to go for as it now has improved video, audio and extras. It also has approximately 6 minutes of extra footage not present in the theatrical release although this is not advertised on the packaging or in the Extras menu. I don't remember the original well enough to be able to tell where the extra footage was inserted but for me it didn't spoil my enjoyment so I hope it won't upset any die-hard fans either.