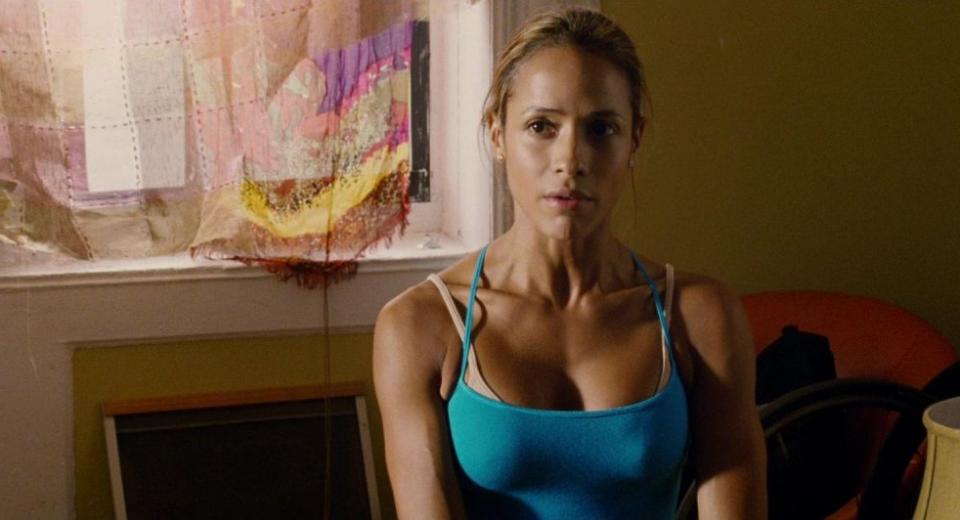 Premium Rush hits Region Free UK Blu-ray with a stunning 1080p High Definition video presentation that is hard to fault. Detail is impressive throughout, from the skin textures to the clothing weaves; from every little tiny flourish required to bring the bustling concrete-and-glass streets of New York to life, to the fine object detail that makes you practically feel a part of the proceedings. All this with no banding, blocking, black crush, edge enhancement or unwieldy DNR. The colour scheme is quite vivid and vibrant, perhaps slightly overblown to compensate for the fact that New York seldom looks that sunny, but otherwise bright and bold in only a good way. Black levels are strong and maintain their integrity, allowing for impressive shadow detail, and the picture even boasts a hint of 3D pop. This is reference quality through and through, just shy of sheer perfection.

The accompanying DTS-HD Master Audio 5.1 track is just as impressive, bringing the action right home into your living room, and igniting the frenetic bike chase sequences. Dialogue comes across clearly and coherently throughout, largely emanating from across the frontal array, but bending in favour of the effects and score where appropriate. The effects mostly revolve around the bustling streets of New York City, and you truly feel the frantic chaos of the traffic-logged metropolis, from honking horns to squealing tyres, from screeching brakes to spinning wheels, whooshing through stopped cars, red lights and heaving six-lane streets. Stunts, jumps, crashes and smashes all come to life with brutal intensity, but the track also crafts a wonderful atmosphere to the piece, made up of keen observance of all the smaller sounds that bring these setpieces to life. The score – peppered with music tracks (including the book-ending Who track from CSI: New York and The Girl Next Door) – also gets suitably prominence across the surrounds, and there’s even a warm input from the LFE channel, grounding the rest of the proceedings. Again, not quite sheer perfection, but still a demo quality offering that impresses on most every level.

Extremely light in terms of extras, Premium Rush boasts just two Featurettes in the way of extras: The Starting Line – Cast and Filmmaking Featurette and Behind the Wheels – Action and Stunts Featurette. Totalling an extra 22 minutes of behind the scenes material, we get some brief cast and crew interview snippets that draw input from the Director, the Screenwriter and the key players – discussing everything from the story to the stunts; the on-set mayhem to the bone-crunching accidents – interspersed with glimpses of the film being shot as well as clips from the final film. There’s nothing weighty here; nothing particularly memorable, but the Featurettes are arguably better than nothing. Although not necessarily that much better.

There are plenty of nice ideas in Premium Rush - or at least there are plenty of borrowed ideas which have been nicely incorporated into the film - but the premise is pretty flimsy; a lightweight frame which could never hope to possibly sustain any serious thrills. So they don't go for a dramatic thriller, they go for a sometimes serious, sometimes silly affair which neither sparks off enough humour to keep you chuckling, nor pumps adrenaline through your veins with its intensity. But if you fancy something light and fluffy; fun and frivolous, then give it a whirl.

On Region Free UK Blu-ray we get spectacular video and audio, easily demo quality, and, although the extras are nearly non-existent, the package is impressive enough to warrant an assured purchase for fans of the film. Those who are interested in the story should certainly consider a rental; it's hardly offensive stuff, but it's also hardly memorable.