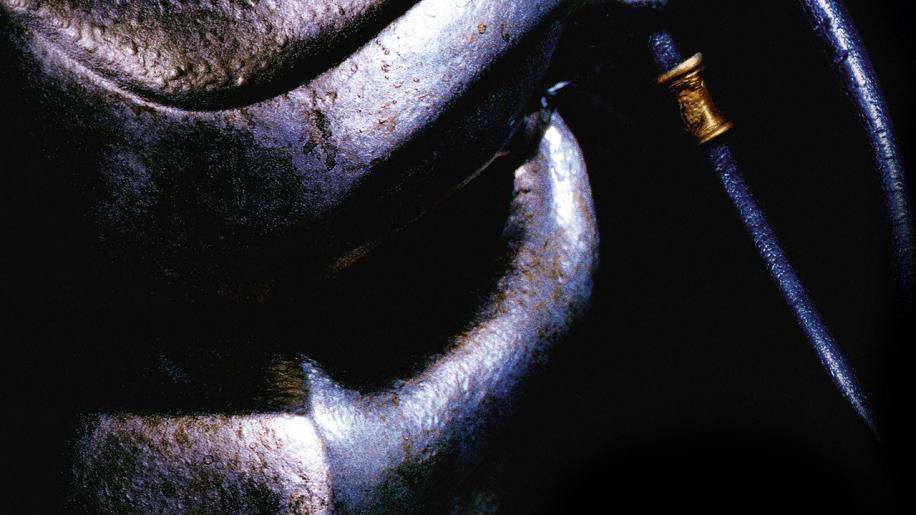 Predator 2 comes to us presented in a solid 1.85:1 aspect ratio anamorphically enhanced widescreen transfer. The detail is generally good through with reasonable clarity and only marginal softness from time to time in some of the scenes. There is a little light haze as well, not quite grain but more like a sheen that pervades some shots - although it never interferes with your enjoyment of the picture. The colour scheme is quite broad and diverse and always well represented with deep, solid blacks and vivid reds and blues. There is only a little edge enhancement and no sign of dust, dirt or other defects that you might associate with a fifteen year-old movie and overall it is a good transfer. What is really special about this release is its DTS 5.1 audio track. The Dolby 5.1 track is perfectly acceptable but the DTS track really pulls out all of the stops and provides a furious accompaniment to this solid action-thriller. The dialogue is always clear, mainly coming from the frontal array, and there are plenty of special effects coming from the respective surrounds to keep you on your toes. The score - largely based on the original Predator movie's score - is perfectly suited to the hunt and keeps the tension going throughout. There is a decent offering from the LFE channel, which is the main element that distinguishes the DTS track from the standard Dolby mix. The Dolby 5.1 track is perfectly fine though and, whilst it is just not quite as potent as the DTS mix, you are unlikely to be disappointed by it. There are two audio commentaries with this release. The first is with the director, Stephen Hopkins, who talks casually about his work, giving us some interesting background into the actors and great anecdotes about the production. He talks about how they tried to portray a futuristic L.A. and the research they did into ritualistic killings. He discusses getting Danny Glover as the lead and how there was once talk of Arnie doing the movie alongside Danny but unfortunately Arnie had to drop the project for Terminator 2. He also talks about how the story was like a futuristic western and how it had the characteristics of so many different film genres mixed into it. Because he has so many different stories to tell, he manages to convey a great deal of information about the production over to the listener without even becoming boring. It really is a very good commentary and although there are more and more pauses as the movie plays on, it is well worth a listen. The second commentary is with the writers of the two Predator films, Jim and John Thomas, who talk about the evolution of both projects - comparing them side-by-side at every stage. They talk about how they tried to predict the future of L.A. accurately for their sequel and how their original plan was to get Arnie onboard - regaling many anecdotes about their meetings with the Austrian Oak himself. They not only discuss the original script and ideas, but they also talk quite a lot about the stunts and the production itself, including how they had solved a great deal of problems during the first film, so making the sequel was relatively easy. They do mention how the script and story had to be tweaked as the film was shot - even cuts that had to be made to secure the R rating - but unfortunately they don't really go into a great deal of specifics on the matter. It is another interesting commentary, but perhaps not as good as Hopkins' solo effort.

We get the brunt of special features on the second disc. Although they are all in English, most of them do have burnt-in subtitles, although they aren't too distracting. First up there is a brand new 2005 Making-Of Documentary entitled The Hunters and The Hunted. Split into several sections - Origins, The Human Species, The Predator Species, Shooting the Urban Jungle and Subterranean Climax - it splices old interview footage, shot in 1990 at the time of the production, with more recent interviews. We get to hear from most of the cast - Danny Glover, Bill Paxton, Gary Busey, Ruben Blades and Maria Conchita Alonso - talking about their roles, along with various members of the crew, ranging from the Director and Executive Producers, to the Stunt Co-ordinators and SFX people, talking about the production. The screenwriters explain how they wrote for the original Predator film as well and how they started with the basic concept of hunting people in an urban environment and had not even finished the first draft when the second film was started. There is a fair amount of discussion on coping without Arnie and explanations of what was supposed to have happened to his character after the first movie. It is quite nice to see Danny Glover fooling around on set and all of the cast talk highly of his 'centred' performance. Gary Busey comes across as slightly eccentric - with his near-fatal accident that gave him a look at 'the other side' - but also has a laugh on set, along with many of the rest of the crew. This is a good featurette, covering a great deal of information about the production without overlapping too much with the commentaries. It does, however, use most of the footage and interviews from the older featurettes on this movie, making them somewhat unnecessary. The upside is that it does utilise a significant amount of behind the scenes footage in preference to just standard clips from the movie itself, a rarity amongst most featurettes these days.

The Evolutions section of the disc is split into three short (2-3 minute) featurettes that can be played individually or all together. The three scenes they look at are the rooftop scene, the alley scene and the subway scene and for each one they look at how they shot the scene and added the special effects in post, showing you both the unfinished and final product. All of them have commentary by the director running over them and are nice, if brief featurettes that offer a look into the effects that made up the movie.

Next up we get a section called Weapons of Choice which enables you to select one of six different weapons that the Predator uses and see brief discussions about them from the crew either played individually or in succession. All of the main weapons are there - Gauntlet Knives, Self-Destruct, Plasma Cannon, Net Launcher, Smart Weapon (the double-edged bladed frisbee) and Telescoping Spear - and each of the featurettes runs at little over a minute in length.

There is also a promotional gallery with all three of the original advertising fluff featurettes, ranging in length from three to five minutes. All of them have far too much movie footage and too much input from voice-over man, although the final one - entitled Creating the Ultimate Hunter - does have a brief but interesting look at the Predator's unique vision and how they did his urban camouflage.

You have the option to watch the two full segments of newsreel footage from the movie, each running at three minutes in length. This is not quite like having deleted scenes, per se, but it is nonetheless quite nice to see a different perspective on the opening shootout and a brief extra scene for Danny Glover at the funeral.

Finally there is a photo gallery with fifty-seven slides, including some nice behind the scenes shots of the cast and the sets, along with some cool studio stills. Well, it is not often that you get a sequel that is even as good as the original, but this is one of the few that I think accomplishes it - mainly through changing the cast and the setting, something which normally leads to the downfall of the franchise. In light of the appalling new AvP, it is nice to look back on what gritty action movies used to be like. This Japanese edition certainly is deluxe, with brilliant technical specifications and a whole bunch of interesting extras to boot, and the package comes highly recommended.