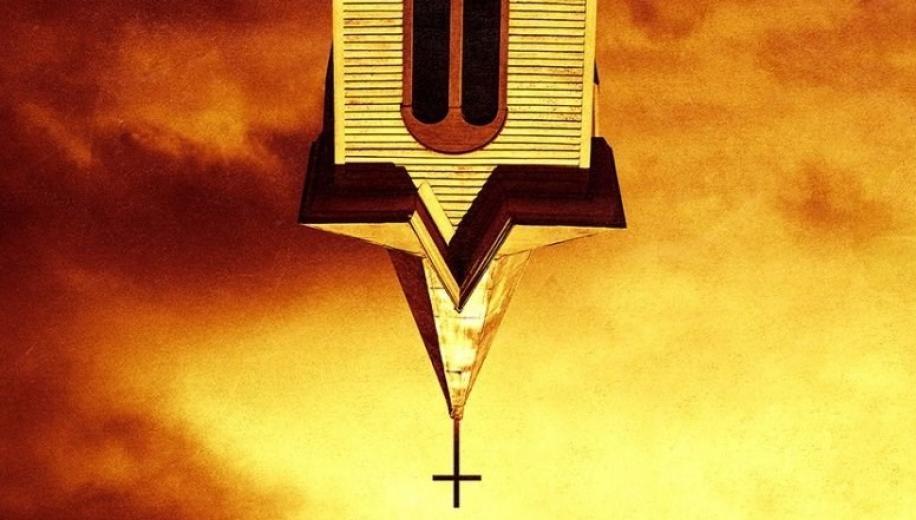 Preacher is enigmatic and enthralling, a richly-crafted series that perfectly brings the near-unfilmable graphic novel series to life.

Although decades in the making, it was well worth the wait and the least expected backers - Seth Rogen and Evan Goldberg (who directed the pilot) - proved the right visionaries to do the source material justice. Eschewing merely a page-for-page retelling of the books (although there's plenty of room for that in the next season), Preacher instead brings a small Texas town to life as you could have never imagined, and takes its time to develop and depict the colourful characters whose future journeys you'll be itching to follow. Dominic Cooper - despite a thick accent that takes a few moments to swallow - is perfectly cast as Preacher Jesse Custer, whose crisis of faith and subtle but effective supernatural 'blessing' provides the backbone to the first season.
However, he's more than matched by his partners-in-crime, the lovable Irish vampire Cassidy (Misfit's Joseph Gilgun, on top form - so good he almost deserves his own prequel series / spin-off) and Ruth Negga's tough-as-nails childhood sweetheart Tulip. Jackie Earle Haley proves a suitably interesting antagonist (whilst we wait for Graham McTavish's Saint of Killers to come into play) and the first season, whilst quite overtly paving the way for future escapades, is packed to the brim with compelling characterisations and colourful confrontations. There's also a perfect streak of dark humour informing the script and setpieces, a quirkiness reminiscent of the recent, great, Fargo TV series. These first 10 episodes will pass in a flash and all you'll want is more. Outstanding.


Visually it has a richly vibrant comic book feel

Detail is very good throughout (well, barring one or two inexplicable exceptions - most noticeable in the pilot - where, for some reason, the particular shot looks slightly softer around the edges), and the rich Texas environment comes to life with some impressive textures and finer nuances - from the main church setting to the weathered attire of the Preacher himself, to the dilapidated houses and hellish meat plant. With strong black levels, this is a great video presentation for a great-looking show.

The accompanying DTS-HD Master Audio 5.1 also does a tremendous job with an inventive and intoxicating soundtrack, prioritising the majority of the dialogue across the front and centre channels, crisply and clearly, whilst the myriad effects and boisterous song-peppered score lights up the stage.


An inventive and intoxicating soundtrack

The effects are often discretely observed, and given some precise placement across the surrounds, benefiting from a surprisingly strong LFE input (particularly with elements like the 'powers') as well as numerous action setpieces involving guns, explosions, bulldozers, and even chainsaws. The score punctuates the piece with some very well chosen song tracks, further igniting the proceedings. It's a great track, demo all the way.

Preacher comes available in three different editions - the standard 3-disc Amaray release, the Zavvi Exclusive Steelbook (which is identical in terms of discs and content) and the Amazon-exclusive special edition, which boasts a Preacher graphic novel collection too, as well as a further disc.

We focus on the Steelbook, which benefits from the primary extras which are pretty solid and generally of very good quality. The Unfilmable Pilot spends 8 minutes looking at the impossible task of bringing the comics to the small screen; a long-gestating process started over a decade ago, which finally reached fruition courtesy of Rogen and Goldberg.

There's a 7 minute Chainsaw Fight Breakdown which looks behind this outstanding setpiece, whilst Behind the Killing Machine: The Saint of Killers looks at the memorable gunslinger. The Stunts of Preacher spends a further 8 minutes looking at some of the impressive stunts across the season.

We also get a selection of Deleted and Extended Scenes available on all but two of the episodes, as well as a Gag Reel to round off the discs.

Preacher's UK Zavvi-exclusive steelbook is a lovely design, popping with the same kind of vitality and vibrancy that the show itself exhibits. Boasting an impressively textured, glossy finish, the iconic inverted church imagery is perfect, and the rear cover's stained glass montage of the characters makes for a nice counterpoint. Outstanding.

Bizarre but brilliant, Preacher fans couldn't have hoped for better than this. It's one of the best comic book adaptations to grace the small or big screen; an amazing feat considering the near-unfilmable source material. The Zavvi Steelbook Blu-ray release boasts excellent video and audio, and a strong selection of extras; it should satisfy most fans until we get the next season. This show comes highly recommended.