Ghost in the Machina 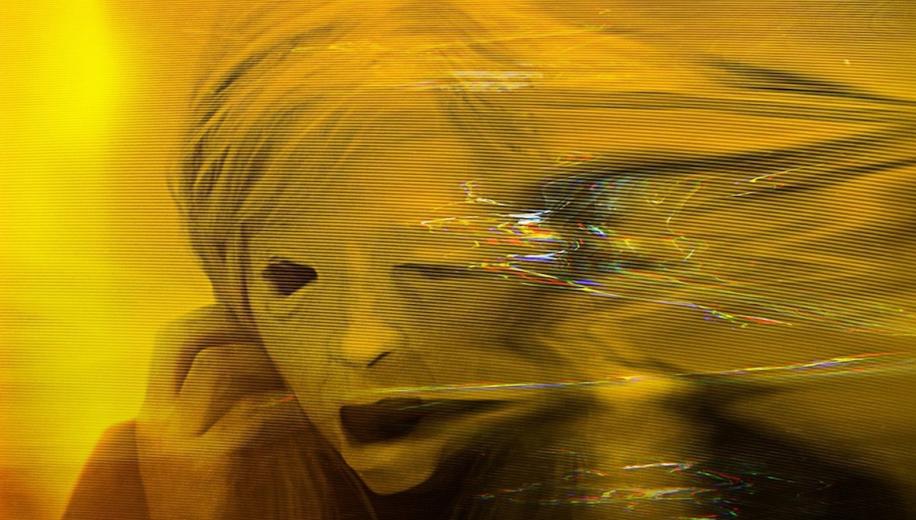 David Cronenberg's son Brandon unleashes an impressive sophomore directorial effort with this dark sci-fi that trades in Ex Machina and Ghost in the Shell vibes, by way of classic Cronenberg body horror.

It's tough to live up to classic Cronenberg. It's something even Cronenberg himself hasn't accomplished with his last couple of outings (Cosmopolis and Map to the Stars), and probably hasn't pulled off for over two decades (even though Eastern Promises and History of Violence were excellent departures for him, Possessor takes us back to Existenz days and before). So it is somewhat surprising to find that his son, upcoming filmmaker Brandon, has embraced the mantle, delivering a sophomore feature which often feels like classic Cronenberg, whilst having its own unique voice too.

The story warrants as little description as possible, but involves alternative present/future tech and corporate assassins who can 'possess' the bodies of others via embedded implants. It follows Andrea Riseborough's protagonist, who is struggling with the effect of this technology and the mind-bleeding which has left her unable to hold on to her family life, undertaking a high profile mission despite not being fully recovered, with bloody consequences.

Possessor establishes a fabulously ominous atmosphere right from its startling opening sequence, going full Cronenberg in terms of blood and gore right from the get-go, before settling back to expose the underpinning technology and develop the core characters. It definitely has that Alex Garland vibe (not just in Ex Machina, but also hints of Annihilation and even Devs too), with its considered look at dark uses for future technology, and that Garland/Cronenberg blend - whether or not that's what Brandon was shooting for - proves a sublime marriage of atmospheric tones, sci-fi themes and unbridled body horror.

Riseborough is as compelling as ever, delivering a character who is cleverly just that little bit elusive in terms of garnering our absolute sympathy, which is interestingly counterpointed with her latest 'body', played by Christopher Abbott (The Sinner), who isn't a particularly pleasant individual, but who ends up in an unenviable situation nonetheless, drawing the likes of Tuppence Middleton and Sean Bean into the mix.

It's challenging, bold work, and will likely define Cronenberg Junior's future path, but considering how well he does with ideas that have been wasted on other movies (the whole body-control conceit was skirted around in the live-action Ghost in the Shell, which sorely missed the opportunity to go even slightly dark with it), and how far from the path his father has gone, whatever comes next will likely be lapped up by eager and interested followers. In the meantime, this is dark sci-fi at its best and a hell of an indie effort to explore.

Possessor comes to Blu-ray courtesy of Signature Entertainment, unfortunately missing out on the same 4K upgrade that the US get, although the 'standard' Blu-ray is still very impressive.

Possessor is a visually striking piece, initially offering plenty of blood and gore, then cold depictions of the technology at work, before it dabbles in increasingly wild imagery to visually represent the split personalities at war behind the scenes. It's bold and effective, bathing entire sequences in vivid red and blue filters, or just melting bodies like wax, all cast against an inky black backdrop.

Detail is impressive, lapping up skin textures, background nuances and fine object detailing, and rendering precision clarity whilst also affording a certain filmic shine - no doubt thanks to some superb stylisation. It would have been interesting to see what 4K/HDR would have done for the already vivid colour scheme, but the Blu-ray holds together very impressively nonetheless.

Dialogue comes across clearly and coherently throughout, whether on-screen, or from the cross-body communications back to home base, delivered with prioritisation across the frontal array. Effects enjoy the bloody, slick body horror, squelching wounds and gratuitous ultra violence, as well as the body-possessing insanity that goes full tilt to draw you in. Gunshots boom, but body blows are all the more punishing, not least because they go way beyond what you would reasonably expect to see, whilst the score perfectly embraces the sci-fi horror vibe, trading in disconcerting tones and heightening the tension to at-times unbearable levels.
﻿

Signature's UK Blu-ray release enjoys a decent selection of extra features that appears to be the one area which bests the US Blu-ray and 4K sets, with the exact same extras as well as a Short Film by Brandon Cronenberg on top - which doesn't appear to be listed on the US releases.

The Deleted Scenes aren't up to much, but the trio of Behind the Scenes Featurettes - each 10-15 minutes in length - is much more impressive, with A Heightened World: The Look of Possessor, Identity Crisis: Bringing Possessor to Life, and The Joy of Practical: The Effects of Possessor all worth a watch for those wanting to learn a little bit more about how they put together this visually arresting piece.

The 10 minute Short Film by Brandon Cronenberg - Please Speak Continuously and Describe Your Experiences as They Come to You - is a 2019 effort which makes for a superb companion piece to Possessor.

Possessor will probably land on the acquired taste list for many, but it's a tremendous early effort from David Cronenberg's son, Brandon, who takes up the mantle and puts his own spin on sci-fi body horror for the modern age.

This is dark sci-fi at its best, and a hell of an indie effort to explore

Signature's UK Blu-ray release of Possessor may come as something of a disappointment given the availability of a 4K release stateside, but it's pretty excellent nonetheless, affording the stylish feature something of a hypnotic, audiovisual, sensory experience complete with strong video and audio and a nice selection of extras, including a Short Film from Cronenberg. Whether you import or stay local, seek this one out.