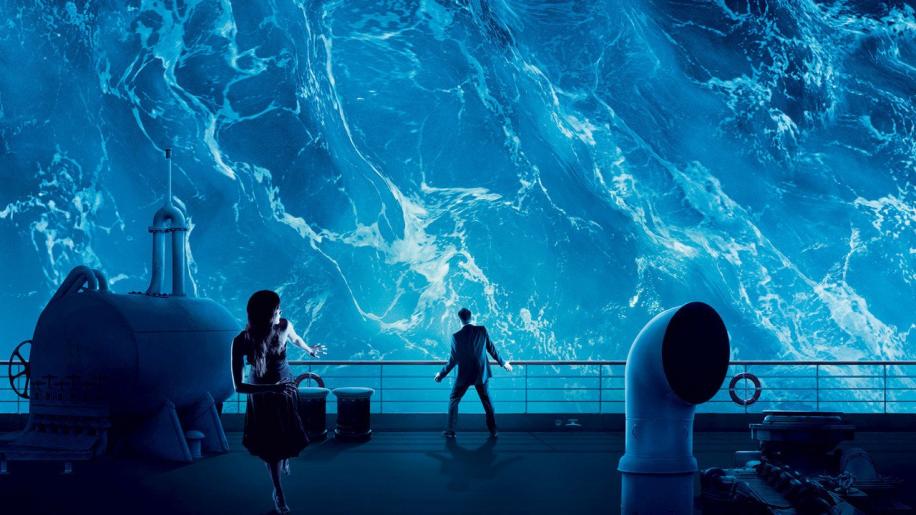 Back in the Seventies and Eighties we had a series of movies like Earthquake, Airport and Towering Inferno which set the benchmark for disaster thrillers, full of screaming deaths, frantic struggles through collapsing structures and desperate acts of heroism. Amongst these were the Poseidon movies. The first, the Poseidon Adventure, starring Gene Hackman and Ernest Borgnine, was a gripping thriller. Its sequel, the Michael Caine effort Beyond the Poseidon, was not quite as good. Ever since the advent of CGI and its vast expanse over the years, disaster movies have come back with a bang, from War of the Worlds to Armageddon to The Day After Tomorrow. Now we return to the Poseidon for a remake with the added benefit of post-2000 special effects. But is it actually any good?

A huge cruise ship packed full of holidaying passengers. A tsunami-esque tidal wave. A recipe for disaster. Luckily we have an ex-Navi man, an ex-Fireman, a ship architect and a few screaming women and kids on board, determined to forge their way off this oceanic tomb before the rising water catches them. Poseidon follows the survivors of the capsizing of this titanic ship as they forge their way across fiery ravines, up crushed air vents and through collapsing elevator shafts, even battling the flood from the ship's sinking. Once the movie gets going, i.e. once the wave hits, the frantic escape action does not let up until the final few seconds. It is what you might call a non-stop adrenaline-fuelled disaster-adventure.

The characters are pretty-much all heroic (any more dubious souls get picked off fairly early on), with Kurt Russell's ex-Mayor and ex-fireman father desperately trying to get his daughter and future son-in-law off the sinking wreck and Josh Lucas' ex-sailor knowing enough about ships to get them going in the right direction. Russell does start the movie looking a little bit old, but once he gets his hands dirty, you feel like this may just be an older extension of his character from Backdraft and start to rejoice in his recent return to the big screen. Josh Lucas is quite underrated as an action-hero, having avoided the Cruise route by playing some very different characters in his career, but his performances in Stealth and now in Poseidon certainly show that he can hold his own in this role. Even Richard Dreyfuss (Jaws) and Kevin Dillon (Platoon) get reasonable supporting roles.

Unfortunately, when it comes to the female characters, we seem to have dropped back to the Seventies and Eighties. This movie is in the style of a classic pre-feminism actioner, where all the men do the heroic stuff and all the women are good for is screaming, panicking, getting stuck, freezing in the face of disaster and needing rescuing. Whether it be the stowaway (played by Alias regular Mia Maestro) who's claustrophobic, the young mother (Jacinda Barrett - Ladder 49) who's trying to take care of her son, or Kurt Russell's character's own daughter, played by the lovely Emmy Rossum (who should be familiar with disasters, having starred in The Day After Tomorrow), they each get their turn being saved by one or more of their male counterparts. (Only the cameo from Black Eyed Peas' singer Stacy Ferguson, where she holds onto the ship's Captain Andre Braugher (from Homicide), displays any kind of female dignity or strength)

It doesn't ruin this movie, in fact you can quite easily put it to the back of your head and slot this movie into the same shelf as Towering Inferno or the original Poseidon thriller in terms of style, but it was a niggling thing in my head and something that I thought Hollywood had grown out of. All in all it is a thoroughly enjoyable movie. It's never going to be classic like the others I've mentioned, but it has all the markings of a decent disaster romp, with not too much focus on the effects (which are used well because you seldom notice the CGI) and plenty of drama and tense situations. If you need a movie that will be distracting but not particularly demanding on the brain, this will no doubt rock your boat.