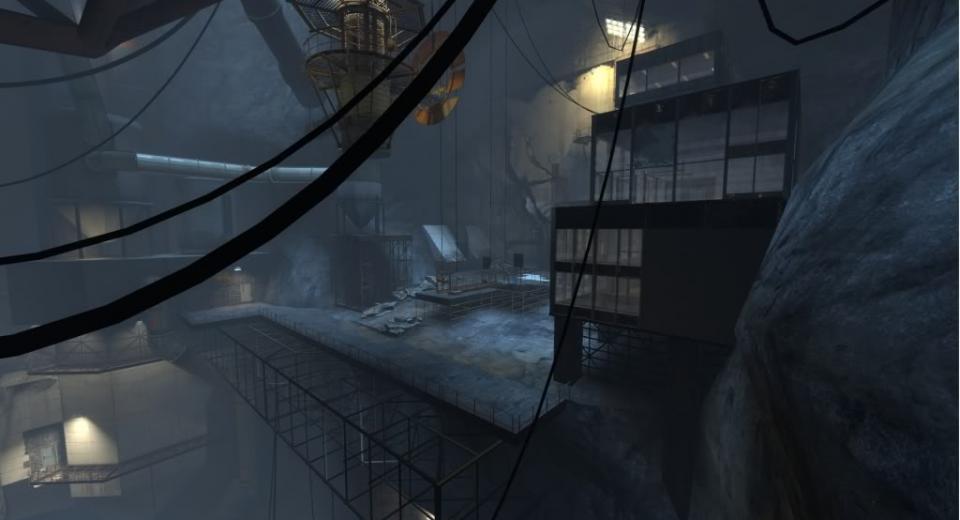 The gaming world has seen somewhat of a slump of late, what with Sony’s servers being hacked and the post-Christmas rush leaving many gamers gasping for one or more games to re-ignite their passion for gaming. But fortunately we can rely on developers like Valve to come to our rescue with titles such as Portal 2.

It’s not often that gamers are rewarded with a package that sums up the term, “Value for money” yet Valve delivered exactly that with their first outing on current generation platforms. No quicker had The Orange Box been released, nearly all who purchased, instantly fell in love with it, be it because they could relive Half-Life on console or because it was their first experience with the series. One main attraction to the series is the fact that it has never been focussed on being the best looking around but simply one of the best action/adventure games around.

One thing for certain is that people were impressed with its quality and quantity though, in effect, offering five games on one disc; All three recent Half-Life episodes, Team Fortress online and finally the experimental Portal. Initially, Portal was seen as nothing more than an add-on to give players a distraction from the main games on the disc but after word had spread, it received critical acclaim across the board with players instantly begging for more.

With demand clearly there, Valve announced a sequel would find its way on consoles as a stand-alone release. A risky move some thought, as many believed it would be nothing more than an Xbox Live Arcade (XBLA) or PlayStation Network (PSN) release. With much focus, anticipation and desire for Portal 2, will Valve rue the decision to not release digitally?

Although not aiming to be the best looking around, Valve have clearly spruced the graphics up in Portal 2 giving more life to the potentially dull environment you find yourself in. Their typical cartoon-style is present as ever, yet textures have added detail to give the game realism which contributes to the charm of the Portal series. A recurring theme throughout is the limited number of menus that you will have to navigate within the title, the only ones evident are the main menu and the pause-menu.

Whilst in relatively small quantity, the sounds throughout the game complement one another and never overpower each other. There are no massive explosions to pierce your eardrums, nor are there any roaring vehicles to rattle the windows. Instead you are treated to ‘futuristic’ effects such as the opening and closing of portals, the sound of you bouncing or zipping off of goo and laser beams hum as they fire across the challenge room.

A major bonus for Portal 2 is the excellent script and voice acting for all the characters involved, especially GLaDOS and Wheatley who make regular appearances throughout the single player campaign. Voiced by Stephen Merchant (star of The Office and voice of the recent Barclays adverts), Wheatley will make you smile every time he engages you in one-way conversation as he rattles off several anecdotes and puns.

The premise for Portal 2 is simple; once again you find yourself trapped within a series of puzzles and challenges, dictated to you periodically by Wheatley and GLaDOS. The latter being the masterminding robot that you destroyed in the first game, but when Wheatley accidentally reboots her systems you find yourself at her mercy, once again putting you through a series of taxing tests.

New features are introduced to you over time as you progress through different stages of the derelict factory, all of which keep you engaged and make you want to keep playing through. This was the main worry for many, as they predicted that Portal 2 would be very similar to the first outing and not be a full step forward in the series, but that’s not the case. Making test chambers exciting and mind-bending at the same time, you come across orange gel that propels you, blue gel that enables you to bounce off of it and white gel that covers non-portal walls to allow portals to be placed.

It would be very easy for Portal 2 to become boring or repetitive, but it doesn’t. There’s always something in each chamber to keep you engaged, be it the witty banter from GLaDOS, or you perversely messing around with the laws of physics by altering portals’ direction and placement. Doing this is a joy as you never feel like you’re battling with the controls to keep yourself in the desired direction of travel, all aspects of character control feels easy and intuitive.

Whilst the single player campaign could appear short to some if they storm through it, to many it will not outstay its welcome nor sell itself too short. If you stop and think puzzles through, listen to most of the dialogue and generally explore the factory you could find the campaign lasting for around 8 hours. Some will also find themselves repeating many of the puzzles as they are so well thought out, it gives you enjoyment in completing it for a second time.

A totally new feature for the Portal franchise is the local, or online co-op mode in which you play a completely separate story to the single player, and this will take around the same time to complete. Although all protagonists are mute throughout, you can’t help but become attached to the robots P-Body and Atlas, who you play as throughout co-op play. This will push you on to complete the game to see how each character’s story ends, giving Portal 2 huge amounts of longevity if you have people to play with.

Like in many modern games, there are also ‘Easter eggs’ and secrets to find throughout the campaign, avatar awards to unlock and may special achievements to acquire by meeting certain objectives in the test chambers.

Those who are overly critical of their games would slate Portal 2 for being too similar to the original and being more of the same as opposed to anything new or fresh. But they would be wrong; this is an essential title in the series in its own right with new features and a brilliant story to go along with it. It could be suggested that paying the full £40 is a bit steep but there’s one thing for certain; no matter how much you pay, you will find yourself laughing every time you play through it.

Valve once again show their strength and prowess as a developer with a title that sings credit to the games industry as a whole. Providing gamers with a good balance of platforming, puzzle elements and an excellent script, Portal 2 is a game that does not deserve to be missed. Overcoming possible issues with its repetitive nature and simplicity, Valve show that they can provide games that fully deserve a full retail price tag.