Before Cruise brought practical stunts to the fore in Mission: Impossible, Jackie Chan was the man. 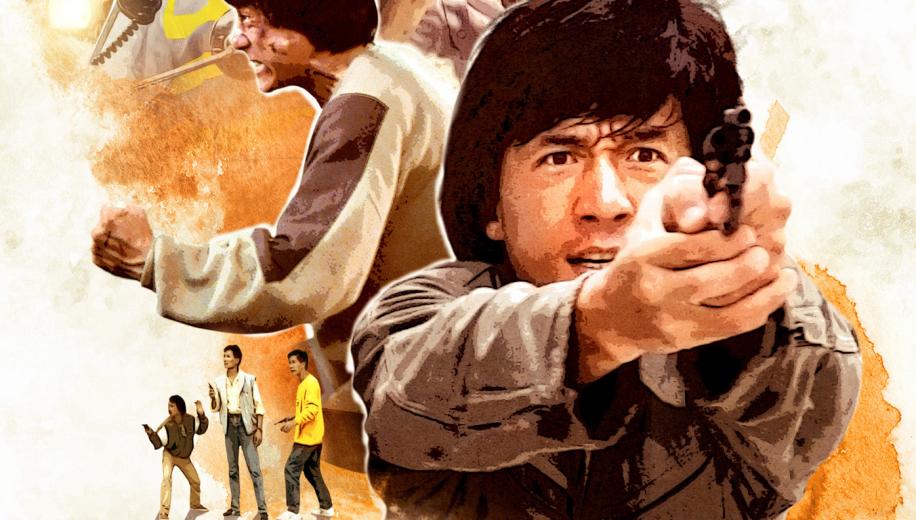 Although he'd tried a couple of direct strikes at cracking the American market in the preceding years, nothing had stuck, and so Chan decided to bring America to Hong Kong instead, infusing what would turn out to be two of his most popular franchises with Western sensibilities: his Indiana Jones-esque Armour of God series, and his Dirty Harry-esque Police Story franchise.

Of course, despite ostensibly being his hardest edged film so far, 1985's Police Story is still firmly Chan in terms of goofy humour - at once both endearing and also painfully off-putting - which takes a bit of getting used to in a film like this (imagine if the Pink Panther movies expected us to take Clouseau, or his cases, seriously?), but you don't really come to a Jackie Chan movie for tonal consistency.


Flawed but fun, it remains one of his best remembered films of all time.

Indeed Police Story's stunts remain so utterly spectacular to this day, that the rest of the cheap-looking, oddly-humoured slapstick escapade becomes a curiously compelling backdrop which never less than entertains as filler as you wait for the next crazy fight scene or stunt. Sure, this is no Mission: Impossible - Fallout, but thirty years ago - and with plenty more broken bones than even Cruise sustained - this was the pinnacle of cinematic stuntwork.

Whether having an awkward play-fight with a robber he hired to impress his girlfriend (Chan's take on the Clouseau-Kato scenes from The Pink Panther), fending off a slew of assailants on the streets, driving a car through a shanty-town (which would later inspire the end of Bad Boys II), hanging off a double-decker bus by an umbrella, or performing some outrageous stunts in a very 'glassy' shopping mall, Police Story is packed to the brim with unforgettable moments that would go on to direct - and define his career.

The variable degree of tolerance across markets for Chan's trademark comedy led to a number of different cuts being released in different territories. The Japanese, in particular, lapped up the humour (and indeed had already insisted that Chan's closing credits stunt/comedy outtakes be a contractual part of every film he made), getting their own, longer, 106 minute cut of the film, whilst the US - conversely - released the shortest version at 88 minutes, cutting straight to the action, avoiding as much silliness as possible (the entire telephone scene is dropped), with a different English language dub that also took things more seriously and a completely new synth score which also avoided some of the goofy music cues.

The 100 minute HK cut would end up being the best of both worlds, and, whatever the guise, it's fitting that this film - also written and directed by him - would prove to push Chan into the mainstream, get him noticed on the global map, and spawn one of his most popular franchises. Flawed, but fun, it remains one of his best remembered films of all time.

Eureka's 4K remastered release of Police Story brings the 1985 Jackie Chan classic to home audiences in the kind of shape it's likely never been seen in - big or small screen - over the past 3 decades. Whilst 4K restorations generally provide a noteworthy improvement over prior incarnations, Police Story has simply never been afforded a decent release - with the now-old Hong Kong Blu-rays steeped in softness and defects - and this 1080p/AVC-encoded High Definition video presentation, framed in the movie's original theatrical aspect ratio of 2.4:1 widescreen, finally corrects that.


Easily the best that the film has ever looked.

Detail here is outstanding, from the fine touches to the shanty-town stunt's long-shots, and the ripples in the swimming pool stunt, to the very beads of sweat on Chan's increasingly battered visage. Sure, it's still a softer-looking film inherently, but there's a staggering amount of detail that's been pulled out from the original print, with a healthy layer of suitably filmic grain retained to give the movie that's classic, organic look commensurate with productions unburdened by overt digital manipulation.

The film has never looked better, and the enhanced clarity, detail and crispness are just the start, with a superbly refined colour scheme that finally renders healthy skin tones, strong background tones - the palette rich with strong greens, primary reds and, for once, solid black levels that only hint at crush in the very extremes. Shadow detail impresses, contrast is stable and there are simply no signs of any print damage whatsoever. It's a reference Chan disc, for sure, and probably one of the first, leaving this easily the best that the film has ever looked.

The accompanying audio comes with a variety of different options, the preferred one likely being the original Cantonese language audio track available in either DTS-HD Master Audio 5.1 or the movie's original mono LPCM 1.0. Then there's an English DTS-HD Master Audio 5.1 dub and a LPCM 1.0 English Alternate Mono dub, both of which should be considered last resorts.


The best the film has ever sounded.

Dialogue remains firmly prioritised across the frontal array - the track dynamics, despite the breadth of the array, still generally favouring the fronts and centre - but the frequently over-exaggerated effects pop out across the surrounds, giving broken glass, 'slapping' body blows, and the chase sequences and stunt action, a little more expanse. LFE input is distinctly limited, and the style of the score doesn't exactly lend itself towards heavyweight backup, nonetheless affording the feature an energetic score which helps drive the action. Not quite demo, it's likely the best the film has ever sounded nonetheless.

Eureka go all-out with this new box set release, with Police Story adorned by a number of great extras, not least of which involve three different cuts of the film: the 4K remastered 100 minute original HK cut, the 106 minute extended Japanese Cut in HD, and the abbreviated 88 minute US cut in SD. Beyond the various cuts with their different footage, we also get a number of Alternate and Extended Scenes including an Extended Opening and an Extended Ending, and the complete Ending Outtakes without the Credits.


A number of great extras.

There's a 5 minute Jackie Chan Stunts Promo that focuses on some of his bone-breaking exploits, a 20 minute Interview with the man discussing how he puts his stunts first and then builds the script around them, and a couple of Trailers to round out the disc.

The 4K remastered video is fantastic - everything you could have possibly hoped for and more - and easily the best shape the film's ever been in, and the accompanying audio options are pretty damn good too. Eureka also afford not one, but three cuts of the film, the uncut HK original release - which gets the 4K release - as well as the longer Japanese cut and the shorter US cut, rounding out the extras with additional footage, Featurettes and Trailers. It's a fantastic, must-have package for fans of Jackie Chan and one of his most beloved films.