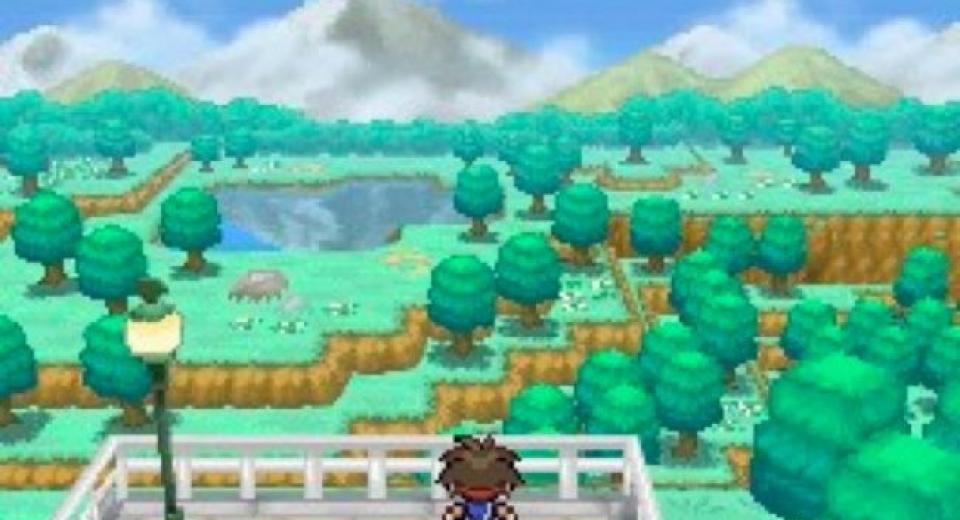 There’s not a whole lot more that can be said about the Pokemon series. It's been in the hearts and minds of many fans across the globe for well over ten years now and, as childish as this may sound, it is something I will always carry with me. The memories of collecting the cards at school and playing the Gameboy game as soon as I got home was pretty much a religion.

Things have moved on from those golden days however and as such the series has now evolved from its original set of 150 monsters and finds a new home on Nintendo’s handheld the DS. Much like its other exclusive titles, Nintendo has ensured that their franchise has succeeded on a global scale by supplying new titles year on year whilst also shipping tonnes of extras including trading cards and collectible toys.

The masterminds behind the portable games are Game Freak who have been on development duties since the Gameboy days. They are obviously more than capable of providing high quality games or else Nintendo would not still turn to them after all this time. But the question looms now more than ever; is Pokemon still a game to be loved by children and adults?

The concept behind Pokemon has always been to start with one faithful companion and train it up whilst doing so with traded and collected creatures caught from the wild. If you hadn't played a game since Red or Blue then the formula is still pretty much the same to this day which is nice to see. On your quest you engage in battles against fellow trainers and eventually gym leaders who all specialise in respective types of Pokemon. Doing all this allows you to eventually become a Pokemon master. When comparing both White and Black versions of the game side-by-side there is relatively little difference between them as the story you follow is the same for both. The only difference being that some trainers will have different creatures in their packs and wild creatures will also differ in certain areas.

With regards to its addictivity, the Pokemon series has always provided countless hours of fun by pushing you to keep levelling up and exploring to discover those elusive breeds dotted around the world. Honestly, I can see how some would easily lose themselves playing this game for two or more hours at a time and not realise it.

As mentioned before, the series has now moved onto new generations of creatures and offers up some which are only collectible through specific versions of the game. It is still nice to see some familiar faces from the first generation however as it allows for a little bit of nostalgia to creep into the game. One thing to be said however it would be that the idea tank looks like it may be running dry in terms of thinking of new Pokemon. There's only so many iterations of the same animal you can have you know? If you look at the evolution of the Pokemon games since the Gameboy days then it’s clear that more attention has been paid to the environments and world as Nintendo’s hardware has become more powerful. Both titles looked at here are pretty high quality in terms of their visual style and depth with bigger and better locations for you to explore and train in. The art style is the expected cartoony hand drawn look which still looks nice to this day.

For the most part the game looks quite pleasing as well, with the game taking its usual top-down 3rd person perspective which, in some ways, makes the environments seem like they would lend themselves well to the 3DS system like descending flights of stairs or negotiating through complex forests and caves. The only time where the game does suffer in terms of quality is when you are battling and your creatures look a bit worse for wear up close and personal.

As expected, the control scheme behind the meat of the game is still as simple as it ever was; press a couple of buttons to navigate through simple yet effective menus. They have changed slightly as the bottom screen shows your inventory rotating round the screen as opposed to simply listing it. To suit the needs of all gamers the menus can be navigated by using the touch screen or using the thumbstick/directional buttons. For many, the arrow button will see the most action as holding the stylus for the sake of menu scrolling is a bit of a pain.

The thumbstick is also a little bit of a nuisance when controlling your trainer and manoeuvring through the world. Sometimes you may end up going in the wrong direction because of the sensitivity of it which leaves you relying on the directional keys to save the day. Whilst the core gameplay is still the mainstay for most players there are some new additions to the gameplay which pad out the story and objectives but they feel more like filler rather than true features which you can sink your teeth into. There are things like creating short movies with your creatures and competing with them in talent competitions.

I’d be lying if I were to say that Pokemon Black and White are not addictive because they are. Much in the way that the Professor Layton games are entertaining despite being roughly the same these games follow suit and just refine a winning formula. You could easily sink 10+ hours into whichever title you purchase in one stint and pick it up where you left off without losing track of where you were.

There is one thing that Nintendo have done well though and that is release two games at one time. This is either to make you choose between the game you want or, which could be the biggest reason, to get parents to buy their kids both games and spend twice as much money on something that could easily be put into one title. In truth there is little difference between the two games as per older titles and the game you pick up could literally just be decided by which has the prettiest box.

When all is said and done, the Pokemon series is still as addictive as it once was and can be enjoyed by those who played the games all those years ago. Just like New Super Mario Bros on the 3DS this year though, it feels as if the older games still make up the basic framework of the newer ones and could with something completely new/radical to spice them up.

There's no doubt that Game Freak can still produce games that are addictive and entertaining as these two titles are brilliant examples of both these ingredients. The DS is a great home for the series and the dual screens work well in terms of interactivity and navigation of menus whilst, for the most part, the game looks great on the device too. The game is padded out with 'filler' activities that don't really add anything to the overall formula and could easily be forgotten/left once you have done them for the first time. Overall though both games prove well worth the price you pay for them both or individually.