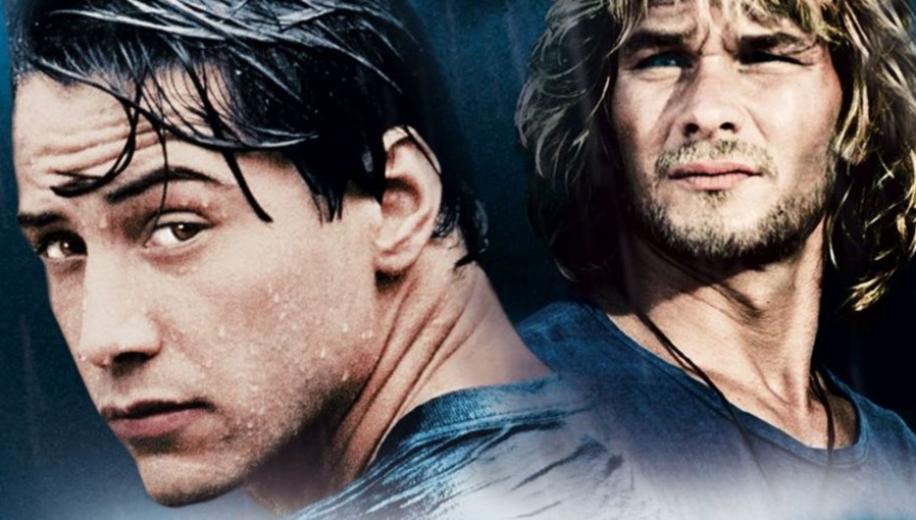 It is difficult to scientifically pinpoint what exactly makes a classic action thriller. But the late eighties heralded some of the best, from Die Hard to Lethal Weapon, and the early nineties gave us more adrenaline with the likes of Speed and Cliffhanger. Many of these movies have heralded sequels, all of them have been imitated to greater or lesser degrees and with varying levels of success in everything from Under Siege to Vertical Limit, and the very existence of this plethora of copycats can often serve to distract from the quality of the original. But they are still landmark movies, modern-day action-thriller classics. Point Break hit audiences amidst the best of them, and had all the elements of such a classic - although today these concepts are your grocery list of clichés and stereotypes. The story was ridiculous, the characters ludicrous and the script corny, but the mix was somehow perfect and the result was a top-notch action thriller.

Johnny Utah is an F-B-I agent, freshly posted to the Robbery-Homicide Department of their LA branch. Enthusiastic as hell, he gets teamed up with veteran Agent Angelo Pappas, who is currently investigating a spate of bank robberies across the city. His only lead is the theory that the team of professional robbers - who wear the masks of four ex-presidents - may also be a group of surfers, working the local beaches during the summer and paying their way through their illegal activities. Naturally Utah is soon deep undercover, learning to surf and ingratiating himself in with the locals, but soon finding himself seduced by the adrenaline-rush mentality and pack loyalty. Thankfully he figures he has joined up with a group of 'good' surfers, all the while watching his prey, another bunch of sociopathic 'bad' surfers whom he believes must be the infamous ex-presidents. But has Johnny sided with the wrong gang? And, if so, will he be able to choose between his new-found friends and his job to uphold the law?

“You crossed the line. People trusted you and they died. You gotta' go down.”

If plagiarism is a form of flattery then The Fast and the Furious must have been made by people who adored Point Break. In fact, it is arguably a testament to the classic status of Point Break that it could be so shamelessly duplicated with such undeniable success. There is even a nod of genuine respect when it is parodied so directly in Hot Fuzz. Taking the ingredients one by one, you wonder how it achieved such status, but I think that it is the mix that works so well - the sum of all the parts as a whole. Look at the characters with their ludicrous names - nowadays they would be classed as caricatures: the reckless young blood, Johnny Utah, his Vietnam veteran partner Angelo Pappas, his feisty but vulnerable tomboy love interest Tyler, his anti-hero opponent Bodhi, who everybody is in awe of, and his anal boss, Harp. Almost every word they utter is a cliché, but immensely quotable nevertheless (admittedly with tongue firmly secured in cheek, a la Hot Fuzz), and somehow perfectly in line with the proceedings.

“Fear causes hesitation, and hesitation will cause your worst fears to come true.”

Keanu Reeves has seldom shown any real ability to act, but it was easy to see how his enthusiastically dumb Johnny Utah could appeal to a broad spectrum of dominantly male viewers - he chases girls, jumps out of planes with no parachute and can get a hundred percent when shooting moving targets at the range. He mocks his boss, taunts his partner, charms his girl and is quite happy to get into fights. Utah is a 'taking himself seriously' variation on his Bill and Ted character, but still pretty cool when you compare him to his even more dumbed-down successor in The Fast and the Furious, as played by Paul Walker (who makes Reeves look comparatively Oscar-worthy). It was Reeves' alternative to Cruise's Top Gun role, and it was the kind of performance that worked well for him in the likes of Speed and the Matrix movies.

“This was never about the money, this was about us against the system. The system that kills the human spirit.”

Opposite him we have Patrick Swayze, arguably at the height of his Hollywood success. He'd shown his action chops in Road-house, wooed the ladies with Dirty Dancing and Ghost and was ready for a more high profile action-thriller role. He puts his all into his performance as the Buddhist surfer/revolutionary Bodhi, a philosophical leader who genuinely seems to believe the nonsense he preaches. Poor Swayze was probably better than this, but even if his speeches are whimsical, he makes for a good action nemesis and overall anti-hero. And then there's the love interest who gets caught up in the middle of it all - played suitably by the sassy Lori Petty (who went on to do Tank Girl and then pretty-much disappear into insignificance) and the veteran FBI Agent partner that sees Gary Busey pretty-much at the top of his game (whether or not that means anything) “I've been in the bureau over 20 years, fired my piece over 14 times, been shot in the line of duty and I've still got no idea what a blind man fetching bricks from the bottom of a pool has got to do with being a federal agent.” We also get minor roles for familiar faces like Scrubs' J.C. McGuinley as the irritating boss Harp “You know nothing. In fact, you know less than nothing. If you even knew that you knew nothing, then that would be something, but you don't.”, and Tom Sizemore in a ludicrously small cameo as another undercover agent.

It is quite amusing to see some of these actors taking themselves quite so seriously - most notably Patrick Swayze, whose character's pseudo-spiritual ramblings are particularly pretentious - but it's all part of the ingredients in this perfect dish. The script calls for it as well: resoundingly clichéd, corny as hell, but - played straight - it actually works. Of course it helps that the story, however ridiculous it seems on paper, actually holds together in practice - the movie populated by expertly captured surfing sequences and some outstanding action set-pieces. James Cameron's better half at the time - Kathryn Bigelow - should have really directed more movies, given the strength of this and her work on another modern classic, Strange Days. Her direction on this movie is taut and professional, creating just the right mix of style and substance. The robberies and the raids are tense, the chase scenes are suitably frantic, the extreme sports moments are breathtaking - the movie truly is 100% pure adrenaline. With all of this and a well-crafted soundtrack, the end result is nothing short of a modern-day classic, and one of the best action-thrillers of all time.

“You want the ultimate thrill, you gotta be willing to pay the ultimate price. It's not tragic to die doing what you love.”