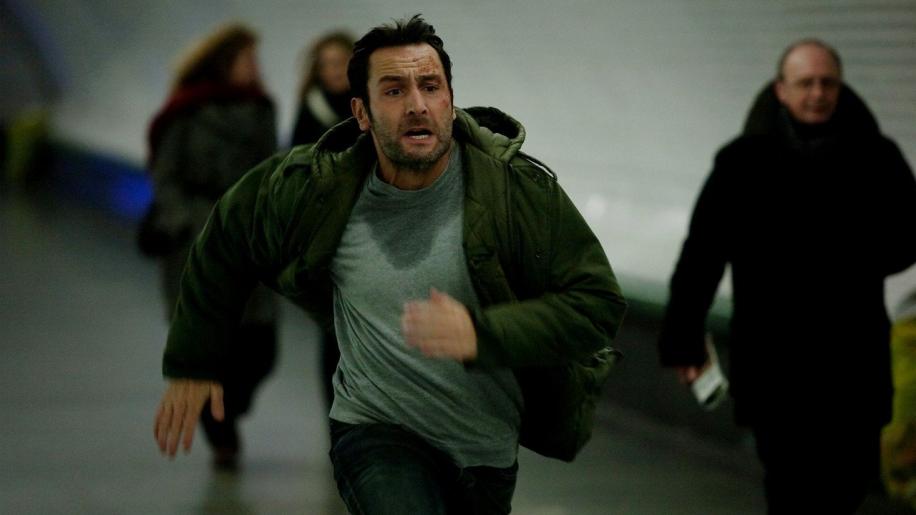 The one problem with the excellent wave of nouveau French-thrillers – which, these days, adopt much more Hollywoodistic beats, but still carry the trademark humanity and richness of character generally prevalent in non-American works, and which are not overrun by excess CG and ruined by big studio pressures – is that they seem to be destined for the degrading, diminishing world of the Hollywood remake. There is some irony to be found in the fact that Hollywood is remaking a subset of films which have inherently been influenced by Hollywood itself in the first place: gone are the languidly-paced French thrillers of days gone by; we now have fast-running vehicles like Ne le dis à personne (Tell No One) and Pour elle (For Her), which already have all the style, pacing, energy, drama, thrills and action required to keep the attention of even the most ADD modern audience. And they have heart too. All a Hollywood remake can achieve, at best, is an equally good production, which will likely have that last element missing, and which is still eminently unnecessary given the fact that audiences could just go out and see the original. Yet that means nothing to the money-making American beast, which has long lost its ability to be naturally original and innovative, and which is shooting a remake to Ne le dis à personne as you read this, and which already remade Pour elle as the Russell Crowe thriller (directed by Crash’s Paul Haggis no less) The Next Three Days to competent but wholly unnecessary ends. The latest in the increasingly long line of quality new French thrillers no doubt destined for remake-city is also from the director of Pour elle, Fred Cavaye – following a similar theme for doing whatever it takes to get your wife back – the 2010 thriller, A bout portant (aka Point Blank).

Samuel is on the cusp of becoming both a registered nurse and a first-time father; all of his dreams are coming true – all he has to do is wait for his results and take care of his devoted, heavily-pregnant wife. When home invaders attack him and knock him unconscious, his whole life is turned upsides down – he awakes to find his wife kidnapped and to be told that he has but one way to get her back alive: get a patient, who is under police surveillance, out of his hospital. He has three hours to do it.

Point Blank is the definition of efficiency. Clocking in at just 81 minutes in length, there is simply no time wasted in this piece; no shameless exposition, extended car chases, or random CG setpieces. It neither spends a third of its runtime exploring irritating characters like Jar-Jar Binks, nor does it assault your senses with mindless, shallow effects in the hope that you won’t notice how non-existent the plot is (Transformers 2). This is a straight-up-and-down crime thriller. It’s not a grand culinary masterpiece; it is a simple Steak-Frites dinner, done with effective efficiency. You won’t be raving about it and talking about it for days afterwards (Drive), but you will be thoroughly entertained for a little under an hour and a half of your life.

Adopting a very similar stylistic approach to what worked for his earlier Pour elle, director Fred Cavaye’s follow-up is neither all that different in subject matter (both concern average, everyday husbands doing anything to get their wives back) nor in brisk, to-the-point pacing – they even both kick-start with thrilling introductions; in Pour elle it was a flash-forward of what was to come, in Point Blank we get a partial flash-back, which does not offer very much insight into what the hell is going on, but which certainly sets the stage for the exciting events that follow. He directs the action and thrills with similar flourish as well – perhaps Point Blank is not “Taken to the power of ten” as is somewhat ludicrously quoted on the front cover (what does that even mean anyway??), nor is it even all that comparable to Taken at all; instead much more similar to Tell No One and Pour elle / The Next Three Days, although it does come across as just as lean and streamlined at the sleeper hit Liam Neeson action-thriller.

Aside from the familiar work by the director, fans of this genre of new French thrillers will also recognise the participants. Lead actor Gilles Lellouche was a mainstay in Tell No One, an important supporting character who helped the lead character in his quest (again, one of getting his wife back!). Lellouche eschews his previous tough-guy persona from that film in favour of a more average, normal husband – there are no overt displays of superhero behaviour here, just an everyday guy put in a desperate situation, and he brings enough emotion and honesty to the role that we certainly find in him enough drive to fuel the trip. He is ably backed-up by co-star Roschdy Zem, who you might recognise from the acclaimed French-Algerian productions Days of Glory and Outside the Law (as well as another crime thriller due for remake, 36, which was at one time of interest to De Niro and Clooney in the lead roles of two competing police officers who cross the line). Zem’s character is much more of a mystery – Why do people want to kill him? Why are the police after him? Is he an evil villain or a wrongly-accused anti-hero? – and it is a testament to this versatile Moroccan actor that the question remains unanswered for quite so long as you try to figure out whose side he is on. Gerard Lanvin (Mesrine) is much easier to read in his supporting role, and the gorgeous Spanish actress Elena Anaya (Sex and Lucia, The Skin I Live In) is thoroughly convincing as the pregnant wife and unwitting pawn at the heart of the thriller.

I certainly would rank Point Blank alongside its predecessors, although arguably it is not quite as substantial. For 81 minutes it is a great thrill ride; it simply does not stop, rollercoastering along from one dramatic sequence to the next, heightening the tension with every eventful – if somewhat contrived – twist and turn, and developing the characters just enough for you to care about them; but there just is not quite enough time to make them as compelling to follow as the characters that populate the likes of Pour elle and Tell No One. This should not put you off, as you will likely find Point Blank gripping from start to finish; a rare thriller that is both exciting and surprisingly lean; but, after the credits have rolled, you will probably largely forget this film – it is thoroughly entertaining, but only for the duration: nothing more, nothing less.