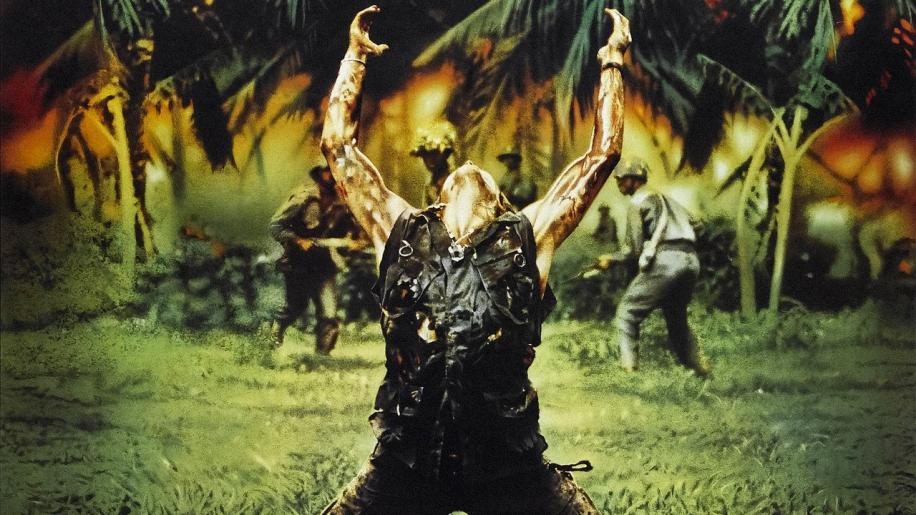 This time around Platoon receives a pretty sharp anamorphic 1.85:1 which is certainly an improvement over the earlier release. The bright colour scheme is held together well with perfect delineation and absolutely no trace of any digital artefacting. While the film's Dolby Digital 5.1 mix does a good job of bringing the film to life (in particular the gun fights and battle scenes) and Georges Delerue's score is given magnificent treatment, the mix somehow feels a little artificial in places. It's hard to put a finger on exactly what is wrong or possibly missing, but it shouldn't detract too much from your enjoyment of the film. After the disappointing 'vanilla' disc released at the tail end of 2000, we finally get the Platoon we always wanted with this Special Edition DVD. The first extra feature on offer is an audio commentary from Stone which is rather less vociferous than fans of his films have come to expect, He does spend a great deal of the time talking about the technical difficulties provided by the shoot and his own exploits experiences of being a GI in 'Nam. Next up is a second, and arguably better commentary by the film's military advisor Captain Dale Dye which recounts the tortures the actors where put through to make their performances more real. Following on from these there's a 50 minute in-depth retrospective, are the original theatrical trailer, a trailer for the Salvador: Special Edition DVD, three TV spots, a gallery of poster art and a gallery of behind-the-scenes stills.A powerful film on a fantastic disc, but why didn't MGM give it this treatment first time around?