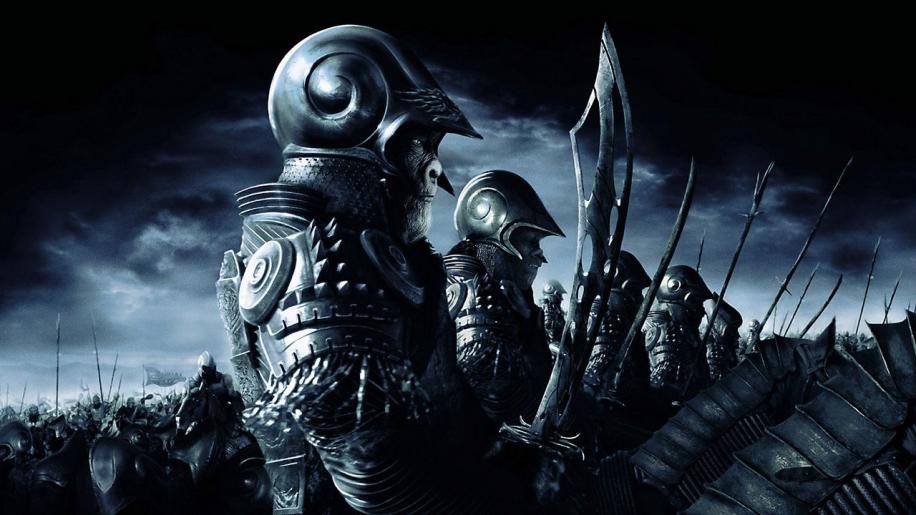 Released in 1968 and using advanced special effects for the time, Planet of The Apes made a surprising impact on audiences which would ultimately lead to further movies being made in the genre. The movie opens with a small crew of a space ship heading back to earth after a deep space operation, even though they have only been away a year the real effects of space travel mean that they are returning some several hundred years later in Earth time. As they sleep something goes wrong and the crew crash land on an unknown planet, killing one crew member and because they hit water their ship begins to sink. Stranded, the survivors try to figure out where they are (for space travellers you would think they would try and use the stars to find their position). It's not long before the crew find Humans who are mute and primitive, living off the land and make the disturbing discovery that this planet is ruled by apes that can walk and talk and use guns. After being captured by the apes the crew begin to suffer along with the planets other human occupants before being helped by some friendly scientist apes who help George Taylor (Heston) escape after the remaining crew are experimented on. Taylor tries to make good his escape only to make the most disturbing discovery of all.

Planet is an above average science fiction film with some great costume design and acting talent being used to the best of their abilities, it is by far the more superior film when compared to Tim Burton's remake a few years ago, due to it's need not to try and explain everything in the same detail as Burton felt he had too. The original also uses the excuse to delve into subjects such as racial equality, animal testing and a class structure without it hitting you over the head with moral twisting. Heston was the perfect choice to save mankind, a man who escaped earth because he hates people, but finds himself trying to save mankind in the end. A Classic Sci-Fi epic which we see again released on the DVD format for it's 35th anniversary.