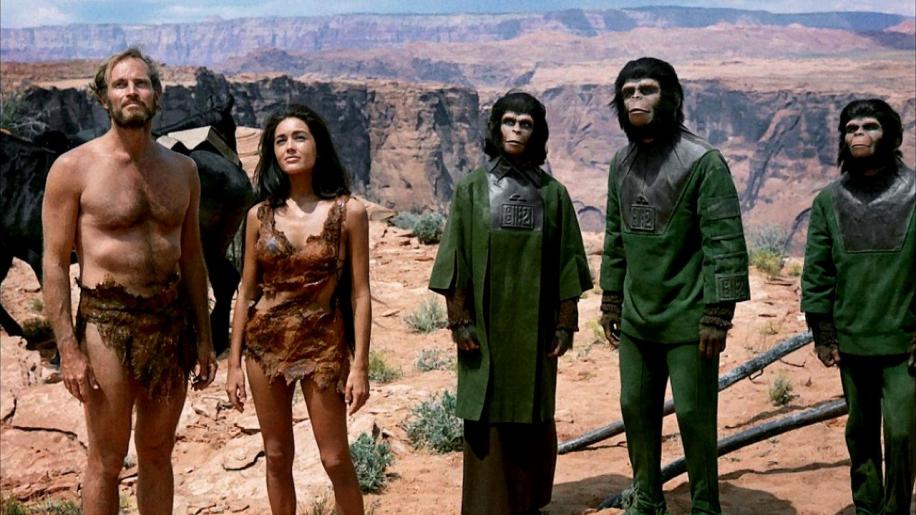 This R2 edition presents the image in anamorphic 2.35:1 and for the most part it is clean from dirt and scratches. Comparing this transfer to the R1 version released a few weeks ago it is difficult to see any obvious improvements here, with colours looking slightly muted and producing a fair amount of colour bleed in certain scenes. The transfer also suffers from the odd compression artefact and edge enhancement is prevalent in many scenes. Sharpness is also not all that it could be with a slightly soft focus feel throughout, however the print is free from dirt or scratches and it looks like some attempt has been made to make this look as good as possible considering its age. This transfer is not overly bad, it just looks it's age and fails to capture the original Technicolor sparkle I had been hoping to experience. The disc transfer is almost the same as the R1 edition, maybe just a tad sharper, but for the most part it is the same.

Presented here in Dolby Digital and DTS 5.1 formats you would expect some kind of remix treatment to bring this film to life. Unfortunately whichever sound format you use it is very obvious that everything is firmly anchored on the centre speaker. In fact I had to check a few times that my Tag processor was decoding 5 channel sound as there are no real instances of channel separation or panning. The audio is clean and clear from any obvious hissing and because of its age lacks any real dynamics. The remix appears to have cleaned things up and makes dialogue intelligible throughout it just doesn't add anything to the soundfield which may as well have been mono in its presentation. I am sure that purists will be happy with its presentation. The mix is identical to the R1 edition.

Moving onto disc two and things become familiar to those who have owned the Apes boxset from a few years ago. Presented here is the very same documentary from that set, "Behind the Planet of the Apes." This made for TV documentary runs at two hours with the first hour covering the original Apes movie and the second covers the four sequels. The documentary is quite captivating in it's details but if you have never seen the sequels it may spoil things slightly for you. Next up are home movies filmed on set by Roddy McDowall, make up tests, planet of the apes NATO presentation from 1967, a making of from 1968, a look behind the planet of the apes from 1972, original trailer for all the films, film reviews, posters, sketches, still photo galleries and ape fan collections. Overall this is not a bad presentation of extras and if you have yet to own this movie, you would do worse than looking here. Again this set is identical to the US R1 edition.