An amazing series and a technological tour de force 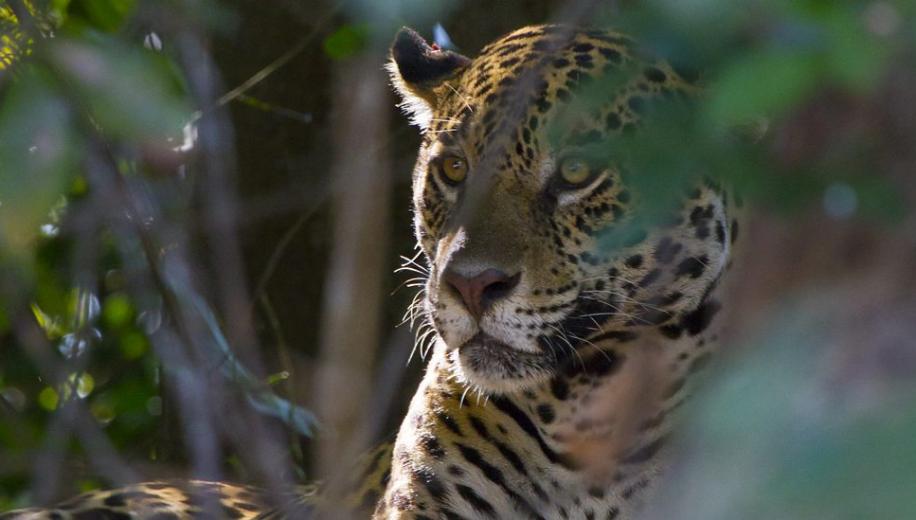 When it comes to nature documentaries, no one does it better than the BBC.

Ten years after their ground-breaking series Planet Earth, they return with Planet Earth II. This new series not only delivers breathtaking wildlife photography but also addresses how the planet has changed in the ten years since the original series was made. Planet Earth II is broken down into six episodes – Islands, Mountains, Jungles, Deserts, Grasslands and Cities – each addressing different environments and aspects of life on this planet. The episodes include some remarkable scenes, many of which have never been filmed before. There's the sight of lions attacking a giraffe, snow leopards in the mountains, a locust swarm and monkeys moving effortlessly through a city. However the series plays it's ace card in the first episode when we see a group of baby iguanas trying to reach the safety of the rocks whilst chased by a pack of Racer snakes.
This sequence is a masterclass in the use of editing and music to create nail-biting suspense, and it's easily one of the best natural history sequences ever created. However the entire series is a triumph and it's made all the better by the BBC using this flagship series as a way of pushing technological boundaries with the adoption of 4K and HDR. The series is narrated by the incomparable Sir David Attenborough, who adds his usual level of gravitas to the sights on screen. The only bitter-sweet aspect is that, with Attenborough's advancing years, he probably won't be around in another decade to narrate Planet Earth III. There's a very real feeling of this series being his swan song, something that he almost makes explicit in his closing piece to camera at the end of the series. Still, if this is to be his last major wildlife documentary series, what a way to go! Planet Earth II was filmed digitally using various 4K cameras and was finished using a 4K Digital Intermediate (DI), which presumably formed the basis for this Ultra HD Blu-ray release. The series is presented at a resolution of 3840 x 2160p and in its correct 1.78:1 aspect ratio, the discs use 10-bit video depth, a Wider Colour Gamut (WCG) and High Dynamic Range (HDR), and are encoded using the HEVC (H.265) codec. We reviewed Planet Earth II using the Panasonic DMP-UB900 and Oppo UDP-203 Ultra HD Blu-ray players, along with the Sony KD-65A1 and Samsung QE65Q8C 4K HDR TVs.

The BBC has spread the six episodes evenly across two Ultra HD Blu-ray discs and from the opening shots the level of detail is quite simply stunning. The 4K photography, much of which takes place in brightly lit conditions, is bursting with detail and really demonstrates just how much visual information 4K can display. You can see every tiny fur on the numerous shots of big cats or the millions of locus that make up the swarm in one episode or a murmuration of thousands of birds in the sky in another. The various aerial shots and landscapes are incredible, as is the detail in the cityscapes. The resolution is such that it's easy to spot shots that have been blown-up and cropped, presumably because the cameramen couldn't get as close as they would have liked or perhaps dared, however for the most part the images are pure demo quality


The 4K and HDR images are simply stunning

If the series was just in 4K it would be enough but the addition of HDR and WCG adds another level to the images on display and the series takes full advantage of the added latitude in many of the shots chosen. So there are frequently animals walking in front of the sun, or sunlight peeping through forest canopies and between rocks. The addition of HDR gives these shots an incredible realism, so much so that you'll find yourself blinking at the sunlight, and there's a wonderful depth to the image. The various night time shots also benefit from the wider dynamic range, allowing the blacks to remain deep but still revealing all the subtle detail in the shadows.

The wider colour gamut adds another level to the imagery, with a saturated but highly nuanced image that allows for all the different colours and shades found in nature. The result is that even shots that might appear slightly boring or uniform on Blu-ray have a diversity that is compelling and you are made very aware of just how much vibrant colour exists within the natural world. The combination of the 4K photography, the HDR grading and the wider colour gamut result in some of the most stunning images we've ever seen and makes Planet Earth II the 'must-have' disc for anyone looking to show off their new 4K HDR display. The Ultra HD Blu-ray release of Planet Earth II uses a lossless DTS-HD Master Audio 5.1 soundtrack and was tested using a Denon AVR-X7200WA AV receiver and a 5.2 speaker setup. The included Blu-ray version of the series has exactly the same soundtrack and whilst it would have been nice if the BBC had released Planet Earth II with an object-based immersive audio soundtrack (there is precedent with the Dolby Atmos release of Sherlock) the lossless DTS-HD MA track that we do get is still very impressive.


The lossless 5.1 soundtrack complements and enhances the gorgeous visuals

The BBC has been pushing technical boundaries since its inception and they are just as adept when it comes to audio as they are with video. As a result the soundtrack to Planet Earth II is a superb example of the sound designer's craft, with a mix that captures the essence of the natural world whilst still emphasising certain sounds to tell the story. The narration is obviously front and centre and is very clear and focused, in fact we suspect that quite a bit of work has been done to Sir David's vocals to make sure his voice-over is completely intelligible given his age. The soaring and epic score, some of which was composed by Hans Zimmer, is spread across the front channels and really stirs the emotions and often drives the action.

The effects are used extensively and placed across all five speakers, with the surrounds getting used extensively. The effects are panned and steered around the room with precision, creating a very immersive experience – none more so than during the locust swarm. The LFE channel is also used to great effect, you can just feel those waves crashing against the rocks in the scene where the penguins have to fearlessly jump in to catch fish. This is fantastic soundtrack that really complements and enhances the incredible visuals to create a truly unique experience. The Ultra HD Blu-ray release of Planet Earth II includes the six episodes of the series spread evenly across two discs. It also includes the series in Full HD spread evenly across two regular Blu-rays. These Blu-rays include the 'Planet Earth II Diaries', which are also presented in Full HD and are at the end of each relevant episode, rather than being accessed separately.

Each of these six short 10 minute featurettes was included after the broadcast of the episode they relate to, in order to get the running time up to an hour and this is replicated on the Full HD Blu-ray discs. In this global market the BBC has to recognise that most broadcasters are commercial and thus the running time of the actual episodes is around 50 minutes, which presumably allows for advert breaks.

The Diaries themselves usually cover how a certain sequence was captured in the episode it relates to and they really show the incredible lengths to which the filmmakers go in order to make the series. You really understand the time and effort that goes into filming animals in some of the least accessible places on the planet. You also get an insight into how technology has allowed the filmmakers to capture images that would have been unthinkable only a few years ago. In every episode there are shots were you think "how did they do that?" and the Diaries explain some of those shots. Although they don't explain everything, like a good magician the filmmakers keep some of their tricks up their sleeves. Planet Earth II is an absolute triumph, picking up where the first series left off and showing us our world in ways that we never imagined possible. The filmmakers capture some incredible images as they show the diverse environments on our planet, the lengths that animals have to go to survive in those environments and how humans have changed those environments in the decade since the first series. Planet Earth II might well be Sir David Attenborough's swan song and if that proves to be the case, we couldn't think of a better way to finish such a remarkable career.

Planet Earth II isn't just a fantastic wildlife documentary series, it is also a technological tour-de-force that uses all the latest filming techniques to deliver some truly stunning images. The series was conceived and shot with 4K, HDR and WCG in mind and the results of the filmmaker's hard work are perfectly captured on this Ultra HD Blu-ray release. It boasts some of the best 4K images we've ever seen, which make full use of the higher dynamic range and wider colour gamut to show things we've never seen before. The superb DTS-HD Master Audio 5.1 soundtrack complements and enhances the visuals, whilst the included 'Planet Earth II Diaries' reveal how some of the remarkable shots were captured. This is a superb Ultra HD Blu-ray release and if you're looking for a demo disc to show off your new 4K HDR display, then look no further than Planet Earth II.