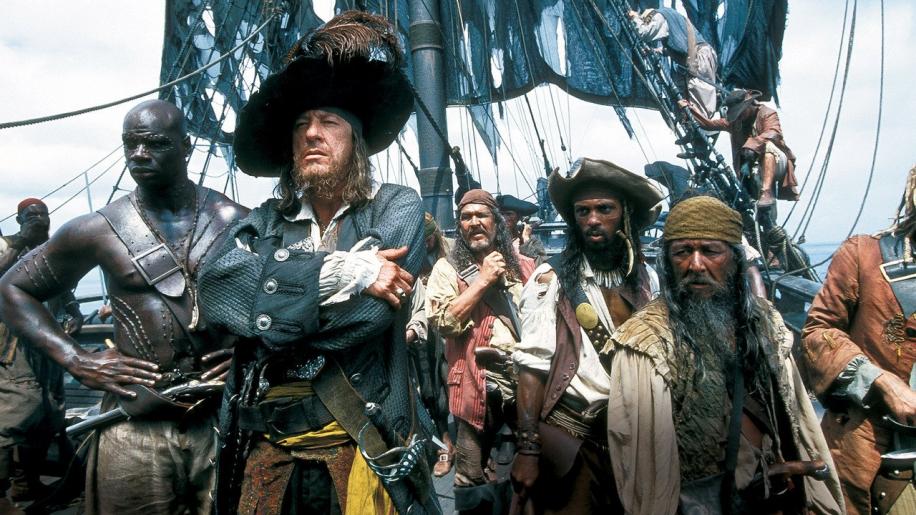 Directed by Gore Verbinski and produced by Jerry Bruckheimer this tale of high sea shenanigans seemed to appear with little fuss in it's theatrical run to then amass a warm reception indeed from both the critics corner and the paying public. Set in the days of Galleons and lead shot this story of cursed sailors, hidden treasure, heroes and fair maidens is notable for it's mixture of Hollywood superstars and domestic (U.K) T.V actors. Johnny Depp plays an "unhinged" Cap'n Jack Sparrow whose character was for me, a little extrovert to say the least, Orlando Bloom is the incurably modest and mild mannered Will Turner, a blacksmith with something of a talent for swordplay. Flying the Friday night British sit-com/drama/docu-comedy flag is Jack Davenport (of This Life and Coupling fame) who plays Commodore Norrington and seems I feel wholly out of his depth, his attempt to bring the "stiff upper lip" to the proceedings just doesn't happen with any sense of gravitas, also in there is Mackenzie Crook (the sublime Gareth in The Office) who, well, plays a Pirate Gareth. Other main players include a stunning Kiera Knightley, Geoffery Rush and good old Jonathan Pryce.

This is most certainly a light hearted action film with good humour and scale too which i most thoroughly enjoyed and will no doubt revisit again in the not to distant future.