Pirates of the Caribbean: On Stranger Tides Movie Review 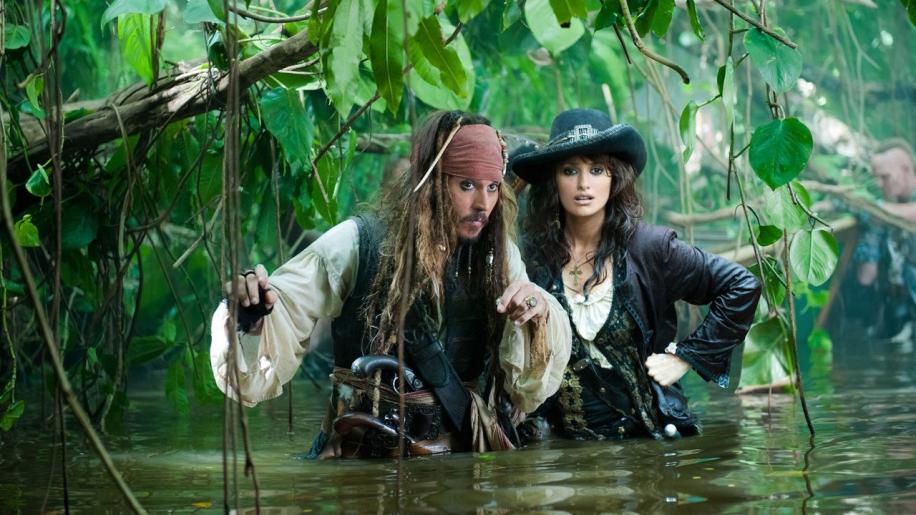 Pirates of the Caribbean: On Stranger Tides Movie (2011)

Well hoist the anchor, splice the main brace and a vast behind – if it isn’t Cap’n Jack Sparrow off for another adventure on the High Seas. Yep, the Summer blockbusters are upon us on UK Region free Blu-ray and it’s a chance to catch up on the movies you couldn’t be bothered to go and see because the previous one in the series was so awful. I wanted to experience ‘Pirates of the Caribbean: On Stranger Tides’ to find out if it was possible for the scriptwriters to resuscitate the series after ‘At World’s End’, which was a painfully self indulgent, long, drawn out bore of a film. Just when you think they can’t make another ‘Pirates’, the producers attempt to squeeze a few more drops of blood out of the franchised stone. Obviously produced for a 3D cinema release, the version reviewed here is the 2D Blu-ray. No doubt the 3D Blu-ray will be launched upon the home cinema market soon.

Having watched the film now, I’m actually quite glad that I did as it didn’t turn out to be quite such a bottom numbing experience as I had expected. In fact, I quite enjoyed it. There are, however, a few pre-requisites to viewing it. Don’t expect originality or anything requiring more than a couple of grey cells to comprehend. Just sit back and enjoy the movie. It’s chewing gum for the brain and a large scale pantomime with the emphasis on fun where Johnny Depp and Co. put the ‘ho-ho’ in ‘yo-ho-ho’.

So the story this time around has Cap’n Jack (Mr Depp) finding out that someone posing as his good self has been trying to rustle up a crew to sail with Blackbeard on a voyage to find the legendary Fountain of Youth. Didn’t Indiana Jones do that in ‘The Last Crusade’? Ah, never mind. Our gold toothed charmer soon discovers that the impostor is none other than his old flame, Angelica (Penelope Cruz) – who could swash my buckle any day – and she also claims to be Blackbeard’s (Ian McShane’s) daughter into the bargain. Now things are further complicated when we discover that the King of Spain is sending his own expedition in search of the fountain so the King of England understandably wants to send one too. He decides to send Cap’n Jack with a crew led by none other than his old adversary Barbossa (Geoffrey Rush). Now, you can see how complicated this is getting but worry not, whenever there’s something that an audience with an IQ of pond life won’t grasp, the writers have a couple of the characters explain it in words of very few syllables. We have the necessary constituents and procedure required for a successful drink from the Fountain of Youth explained to us in this way. But of course, how could it possibly work without a couple of special goblets and the tear of a mermaid? So do they find the fountain or the goblets – and just how do you get a tear from a mermaid? You’ll need to watch the movie to find out, cos I’m not grassing.

The movie may just be a bit on the long side at two and a quarter hours, but I found my interest was held most of the time. Cap’n Jack’s escape from Olde London Town is good fun as he’s pursued by the soldiers of the King. There’s a lot of rope swinging and sword waving while avoiding musket shots. When Cap’n Jack swings into the passing carriage of a Lady, it turns out to be none other than our very own Dame Judy Dench – who will now be on the receiving end of hate mail from jealous female viewers as Jack gives her a good snog. Keith Richards also pops up as Jack’s Dad, Captain Teague, and the two have a Father/Son chat:

Jack: Did you ever find the fountain?

Teague: Does this face look like one that’s ever found the fountain of youth?

There are many good lines in the movie, but so many are played as throwaways that you eventually wish that they’d milked it a bit more. The script is quite witty and there are enough twists and turns to keep an audience focussed on the screen. The mermaids might be a bit scary for a younger audience, so the 12 certificate would seem applicable. Who’d expect a mermaid to have vampire like fangs? It’s the world we live in where things need to have a dark edge. All the same, they do look quite nubile with their hair draped tastefully over their shoulders hiding the interesting bits. Oh, come on – this is a Disney release after all.

I couldn’t help feeling that gravel voiced Ian Mcshane really stole the show as Blackbeard, with a face like a well worn leather boot and the need to constantly prove that he was a ‘really bad guy’. You almost expect to hear an audience hissing on the soundtrack whenever he appears. You also can’t take the whole affair too seriously when the central character minces about the set, smirking and wincing – because he genuinely is a funny character and it’s a tribute to Johnny Depp’s acting ability that he keeps this rather fey Pirate likeable.

The CGI work is seamless as you’d expect from a movie with a $250,000,000 budget and the pace is kept up admirably by director Rob Marshall. If there’s a lull in the proceedings, you’re happy to wait as you know there’ll be another fight or chase scene along in a minute. Hans Zimmer’s soundtrack delivers the necessary noisy, roistering support for the loud action scenes that simply scream ‘Blockbuster Movie’ at you, although action scene fatigue can set in when you feel that you’ve seen it all before. When it's all over, the storyline threads are left hanging to allow them to be picked up by a sequel in the next year or two.

Overall, ‘Pirates of the Caribbean: On Stranger Tides’ may well be an imperfect movie, but it does entertain and it’s easy to imagine the laughter rippling through a cinema auditorium. At home, it would probably best be enjoyed after a couple of glasses of wine with a few friends. Critics would say that it’s superficial and uninvolving, but the producers know their target audience who don’t really mind such failings as long as it’s loud, full of action and there are plenty of explosions – oh, and of course there’s Johnny Depp for the ladies to swoon over. You could do a lot worse than to set sail with this one.