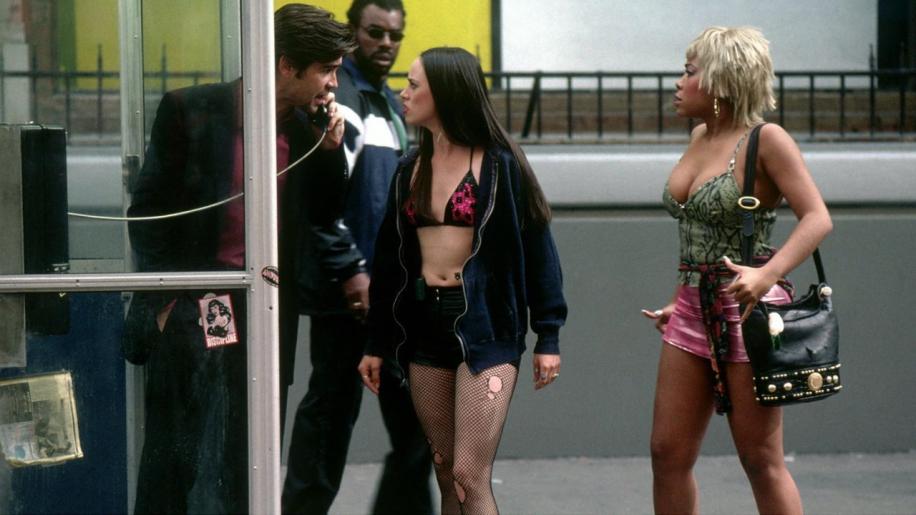 Phone Booth is a simple, fast paced and intense thriller which believe it or not was filmed in just 10 days. The story centres on Stu Shepard (Colin Farrell) a fast talking Publicist who spends all day talking deals for his clients and using lies to get what he wants. Stu is married ( Rhada Mitchell) but is also trying his luck with a beautiful actress client (Katie Holmes) who he phones everyday from the same Pay phone, the last Phone Booth in New York. On the day we follow Stu he arrives at the Phone Booth to phone his girlfriend, but as he does so a Pizza Delivery Boy tries to deliver a pizza to him. Stu is rather rude to this male who soon disappears and soon Stu can continue with his call. But as he hangs up the phone rings and he answers, only to find that a sniper is focussed on his booth and he knows a lot about Stu and his life. Soon things get completely out of hand when the NYPD arrive with their very own snipers and Stu can't hang up or run.

Phone Booth wins the day in providing an intense and fast paced story which keeps you glued to the screen for the entire 84 minutes. The acting is also first rate with Farrell managing to go from a slick PR man, to bubbling wreck with ease, and Forest Whitaker also providing the goods as the Police Captain on the scene.