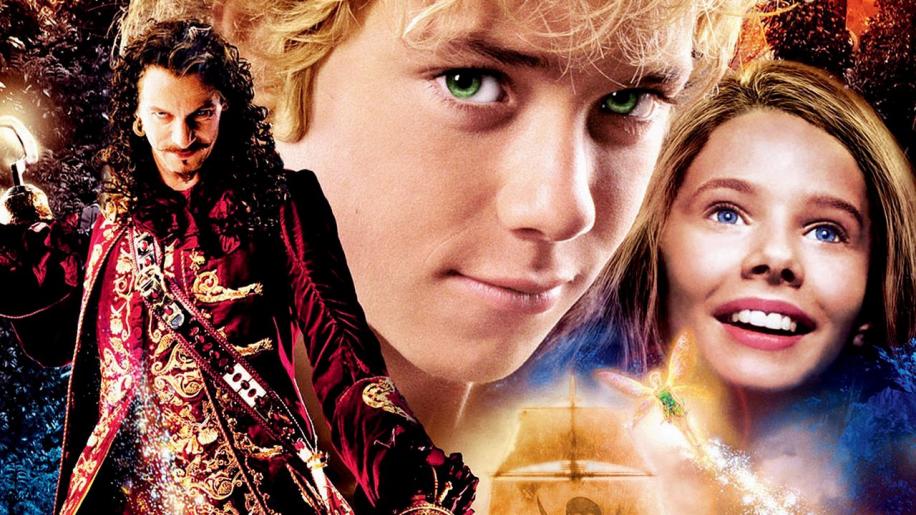 Peter Pan has been told many times on the big screen, from Disney's 1953 classic animation, to Spielberg's attempt to retell the story in the 1990's and now PJ Hogan's live action film which tells the story as closely to the original material as possible.

Mixing live action along with some good looking CGI effects (ILM, Weta and Digital Domain), we meet Peter Pan (Jeremy Sumpter) as he watches the Darling children especially Wendy (Rachel Hurd-Wood), from the bedroom window. After losing his shadow in the bedroom Peter asks Wendy and her brothers to travel with him to Neverland. He teaches them to fly and it's not long before they are spying on the Pirate Hook (Jason Isaacs), meeting the lost boys and the fairy Tinkerbell (Ludivine Sagnier). Hook is out to get his arch enemy and tries to set up a trap capturing Wendy, whilst the Crocodile with his ticking watch is stalking the pirate. In fact everything is in place to tell the magical story and the effects work also helps a great deal.

The problem with this movie (to anyone over 12 yr old) is that whilst it has everything in place regarding the story and some special effects to pull off the task, the acting performances and script range from boring to mediocre. Indeed where is the fairy dust when you need it as there is nothing redeeming from this production for me to recommend it. The kids will no doubt love it and watch it over and over (as they always do) but unlike a good Disney story, there is nothing here but a few attempts at humour to keep the adults entertained. So one for the kids and adults should avoid.