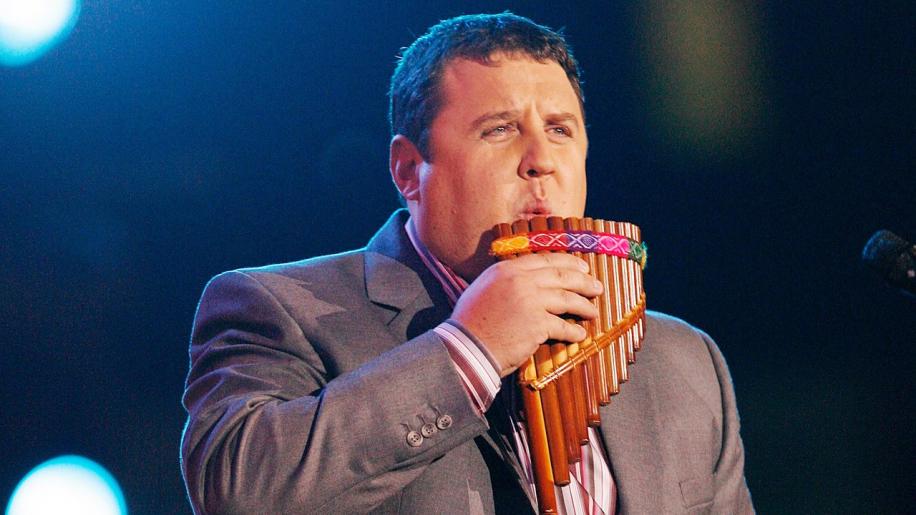 Peter Kay is the flavour of the month - chances are you've got at least one of his previous DVD's - That Peter Kay Thing, Phoenix Nights, Max & Paddy, Live at the Top of Tower or Live at the Bolton Albert Halls. It feels like he's everywhere at the moment - his cherub-like face popping up all over the place. His brand of observational humour gives a gentle breath of fresh air to the rather stale stand-up scene. Peter Kay is a funny man - most people will agree with me there - however releasing two DVD's of the same tour is perhaps not quite so amusing. I've been a faithful fan of Bolton's Number One son over the years and after seeing him in Hammersmith a couple of years ago, bought the accompanying “Live At Bolton Albert Halls” DVD from his “Mum Wants A Bungalow Tour”. Well if she hasn't got that bungalow yet, he should be able to get her a palatial mansion after the amount of merchandise that's been sold in his name since then! With Kay not on tour this year, this release does seem like a cynical attempt to catch the Christmas market with marginally rehashed content being passed off as a “special edition”.

The previous DVD saw him performing in his home town of Bolton, this release sees him a few miles up the road for the final night of his tour - this time in Manchester. It is a funny set, but what he performs here is almost joke for joke matched with the Bolton performance - understandable as this is another venue on the same tour, making it almost impossible to recommend to those who already own the previous disc. For anyone who hasn't seen the Bolton Albert Halls DVD, then this is one of the best stand-up performances available at the moment but even for die-hard fans there is not enough new material to justify a separate DVD.