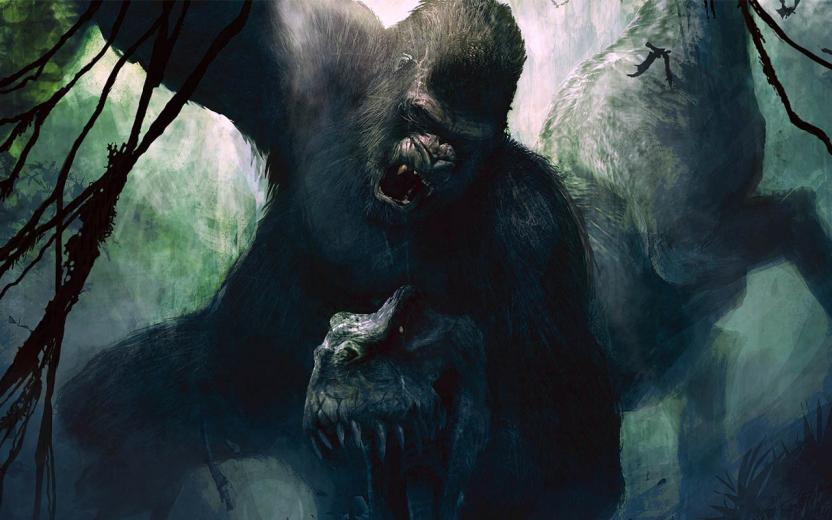 Lifted from the internet which, in turn, received the Diaries from hand-held DVD cams, it is hardly surprising to learn that the image on disc, although considerably higher in resolution and quality than when viewed on the website, is not exactly brilliant. However, they have been anamorphically enhanced from a reasonable 1.78:1 ratio that, at least, offers up a nice range of robust colour. Sadly though, detail is lacking - but this is not detrimental to the enjoyment of the feature one iota. You have to make allowances - this is filmmaking on-the-go, when all said and done. And, as such, the material is still presented with clarity and stability.

Thankfully, I noticed no problems with compression, blocking or artifacting and only minor dot crawl marred its digital transfer. Not exactly pristine, then, but perfectly adequate just the same. To be honest, there is a heck of a lot of making-of's floating about on A-title discs out there with far shabbier quality. Well, there really isn't much that can be said about the Dolby Digital 2.0 Stereo track on offer here. By the very nature of the production - often outdoors and at the mercy of the elements, or with crowd noise or distance interfering - the sound is legitimately all over the place. I never had a problem with it though. Obviously, those participants wearing microphones come through loudest and clearest, but there really isn't any major difficulty in hearing what's going on. It's a documentary centred on a very busy film-shoot - and it sounds like it. Nothing more, nothing less. Ah, well ... you got me here, folks. There aren't any, as such. The main feature is a set of extra features, if you think about it. However, because it is listed as being something separate in the menus, I'll elect to nominate the Making Of A Shot: The T-Rex Fight (16.28 mins) as the bonus feature. Now this, folks, is worth the price alone. What we have here is a deconstruction of what is bound to be one of the most exciting action/fx set-pieces in the film, involving the now-famous Kong vs not one, not two, but three extremely vicious T-Rexes as they try to snatch Anne from his protective paw. Most of the feature is taken up with conceptualisation and CG-work, which is always interesting (for me, at any rate), but the real hook, line and sinker, people, is that we are treated to the finished sequence at the end, as we sit beside the crew for a test screening. In a word - WOW! Set to a temp track from Alan Silvestri's score for Van Helsing (actually, this is very inappropriate for the scene - but the music is, mercifully, quite subdued) we see Kong battle the Rexes over the edge of a cliff and the fight then carry on as they all tumble through the mesh of vines filling the death-defying gorge. Pulse-poundingly brutal, this is an absolute adrenaline super-kick that piles on the suspense and jaw-dropping action with each passing second. Outstanding. Thank God DVD's don't wear out with constant replay.

Thing is, how do I score the extra features with just one, admittedly awesome, feature? Well, it's all a bit academic really ... so I'll give it a five.

Oh, and there's an Easter Egg featuring some fun at the zoo. You can come too. Well, I loved this set of Diaries, but then I am completely biased. Peter Jackson should be applauded - he loves DVD's as much as we do. He broke the mould with the Rings Extended Editions and we can be pretty much assured that he will do something similar with King Kong. Perhaps even an extended cut? But to bring out a very comprehensive behind-the-scenes package like this before releasing the film in question, is a bold new step. There are many out there who, despite what I have said, will frown upon this as a purely commercial venture. But to do that, I think, is to deny the filmmakers the very agreeable choice they have made in allowing us into their movie in such a jovial, un-pretentious manner. There's almost four hours of stuff here, folks. I can't think of another director who would be that generous with his latest movie, let alone his absolute pride and joy, before any of us had even seen it.