Whilst there is familiarity, the dark path leads to a separate and distinct outcome 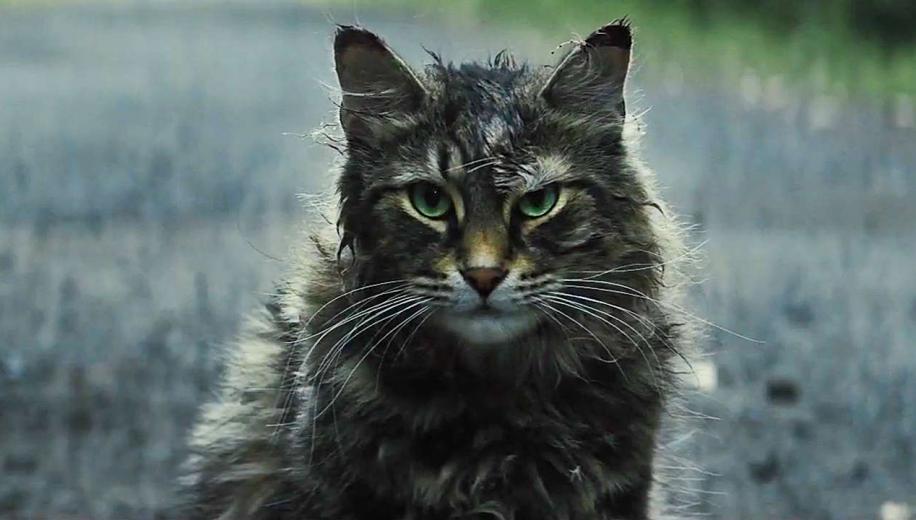 Sour. They said the ground was sour

All Steven King novels start off slow. He spends time building the world and shaping the characters; characters that are recognisable and believable; who behave in realistic and genuine ways, so much so that, by the time the horror starts to descend, you are so emotionally invested that their plight becomes your plight and the world becomes dark. His examination of the real within the fantastic is what draws an audience into his writings, and never more so than his 1983 novel Pet Sematary and its look at grief and what depths someone will go to in their despair.

Brought to life by music video director Mary Lambert, with the author as the screenwriter and available on set for most of the shoot, the 1989 film of the same name sticks very faithfully to the book, which hampers it a touch due to the filleting needed to squeeze in a reasonable runtime, but on the whole it is a decent enough horror film, keeping the ethos, themes and nastiness of the writings intact.

Come to 2019 and mainly with the success of the It remake in the background, a remake/reinterpretation of Pet Sematary was given the go ahead, with relative newcomers Kevin Kölsch and Dennis Widmyer taking duel directing duties. Let’s get this out of the way – Pet Sematary 2019 is a very different film from what has come before – it takes its inspiration from the book, but there are a lot of changes along the way so, whilst there is familiarity, the dark path leads to a separate and distinct outcome. While many have decried this, I actually think it is very clever move and gives a unique spin on a dark idea; indeed I enjoyed the new direction, my issue is with the filming technique.

You see, ‘2019 looks like a modern day horror film; it is dark and brooding, full of jump scares, tight camera angles and sinister music. It tries too hard to set up an eerie atmosphere and keeps on hitting you over the head with typical horror tropes; dare I say in trying to be ‘different’ it is exactly the same. Which is a shame, because, as noted, the new direction is quite clever, and if it were played a bit more as a character study of doom and despondency, with love and loss, and the sinister force driving the darkness, something quite special might have been the result. As it is, the laudable ideas are squandered for a cheap scare. It’s not a total loss, but it could have been so much more. Pet Sematary was shot digitally using a combination of Arri Alexa Mini and Arri Alexa SXT Plus cameras with resolutions ranging from 2.8K to 3.4K but most likely finished as a 2K DI (information is scarce), which has presumably been used here for this Ultra HD Blu-ray release. The disc presents an up-scaled 3840 x 2160p resolution image in the widescreen 2.39:1 aspect ratio, and uses 10-bit video depth, a Wide Colour Gamut (WCG), High Dynamic Range in the form of HDR10 and Dolby Vision, and is encoded using the HEVC (H.265) codec. We reviewed the Region free UK Ultra HD Blu-ray release of Pet Sematary on a Panasonic 65DX902B Ultra HD 4K TV with a Panasonic DMP-UB400 Ultra HD Blu-ray player.

There is a slight but noticeable uptick in detail, from skin texture to cat fur, from wood panelling to grave dirt, from grassland to pet headstones; there are sharp, keen edges with no softness of note. Trees against the skyline are particularly robust as is the debris used to form the barrier between the two worlds.

The colour scheme is typically dour, with a lack of red in favour of blues, but all are well represented and strong. There is a nice richness to the skies and there is a lush flavour to the grass of the gardens, while flesh tones, despite the grading, look natural enough. Reds are extremely deep, this is particularly true of blood.

The black level is improved with a terrific sense of depth to the frame, with some decent enough shadow detail when required; there are plenty of dark corners due to the framing and this image makes good use of the shadows. White level is healthy giving some good highlights, with the sun beaming through the leaves without any clipping.

There are no compression issues and the source is as clean as a whistle; a decent enough image without any frills. The Dolby Atmos track is tremendous with plenty of opportunities for the surround and overhead channels to deliver effects that are both discreet and enveloping. This is especially true during Rachel’s nightmares regarding her sister and the torment she suffered, where there is plenty of crashing and banging coming directly overhead. Indeed, effects are extremely well handled making full use of the 3D surround environment.

Dialogue is clear and precise, dominated by the frontal array but given that all important directionality when required. The score too makes full use of the speakers adding to the oppressive nature of the visuals. Bass is deep and strong, but not subterranean, adding significantly to the low end and the numerous LF stinger effects – normally the lorries hurtling past left to right. Lighter moments fare just as well, such as Louis and Jud sharing a drink while the fire crackles away. Alternate Ending – Apparently there were two endings shot and the test audience got to pick which one the film went with. This is the other.
Deleted and Extended Scenes – Seven scenes, mostly character beat stuff, titled: Daddy's Nervous Too, Your Kids are Lucky, I Wanted Her to Die, She Didn't Come Back the Same, It's Not Real, I'm Leaving in the Morning, and Did You Miss Me Judson?.
Night Terrors – Louis, Rachel and Ellie face their fears.
The Tale of Timmy Baterman – Jud recounting the story of the first person brought back.
Beyond the Deadfall – A making of feature split into four parts, with each concentrating on a specific part of the production. Chapter One: Resurrection sees cast and crew talking about King’s works, the re-invented story for modern audiences and pre-production decisions. Chapter Two: The Final Resting Place looks at location shooting, set and costume design. Chapter Three: The Road to Sorrow examines key relationships, training cats, specific scene development and shooting. Chapter Four: Death Comes Home delves into the themes of this new interpretation while looking a decisions on what characters to keep and what goes into making decisions on set. Here’s the thing: Stephen King’s novel is an awesome read, and while the 1989 film based on it is hampered slightly by having to fillet the text to fit a reasonable runtime, it does remain a classic of the genre – so why do we need a remake? Well, we don’t. But if you take the themes and ideas and run them in an all new direction, which is what this 2019 version attempts to do, you could have something special. Indeed, the ideas are laudable, but the execution is pedestrian - so instead of having something original, the result is rather ordinary, and that is this film's biggest flaw.

As a 4K UHD disc, the package from Paramount is pretty good; the up-scaled image is well detailed with good colouring and terrific blacks, besting its 1080p counterpart, while the Dolby Atmos surround track is tremendous using every opportunity to place effects in 3D space. The extras package is kinda lame but does go some way in telling the story of this production.