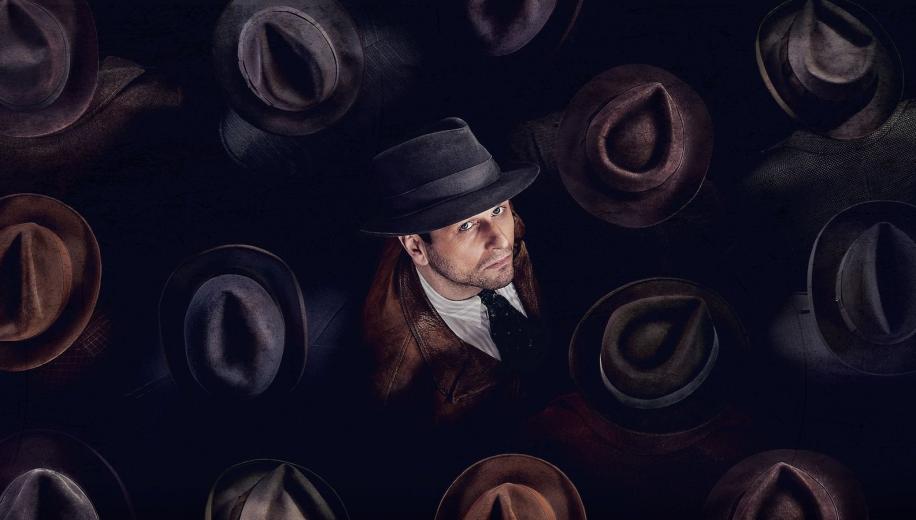 HBO's Perry Mason is a challenging slow-burn, eschewing what fans might know of the character in favour of a blend of Chinatown and a period-set Goliath.

It's a shame someone with a little more spark - like the originally cast Downey Jr. - didn't get the chance to turn this into a more interesting role

It kicks-off with a feature-length pilot whose story is clearly going to carry on for several more episodes - if not the entire first 'limited' series - and is still in search of its groove come the midway point. There's promise here, for sure, with an all-star cast and some depth of storytelling, but viewers should prepare themselves for the long haul, with the truth only coming out in the literal 11th hour. Its biggest sin, however, is not the writing or dark and unforgiving style, replete with some impressively reimagined shots of 30s LA (director Tim Van Patten brings some of what he's learned from Boardwalk Empire over to this production), all of which audiences may well have found refreshing in an age of tempered content, and which is certainly in-line with the HBO model. No, it falls down on the casting of the lead. Rhys - who came to fame in Brothers and Sisters, and achieved acclaim in The Americans - plays it tortured for torture's sake, without even the slightest glimmer of charm or wit, or really any character beyond what you'd expect from, say, Eeyore. It's a shame someone with a little more spark - like the originally cast Downey Jr. - didn't get the chance to turn this into a more interesting role.

Eventually, this series - now greenlit for a second year - comes good on the expectations of its titular character, clearly painting a very slow-burning origin story for someone who didn't really need one, particularly since they could have just told any period feature with the same story but without the name, and avoided inciting such comparison. Nevertheless, it's a rich, seedy, playing field, which fosters the nourishment of this dark noir, and it's peppered with interesting peripheral characters, and, even if neither the long-winded convolution of the plot, nor the perpetually glum Rhys do it any favours, the HBO quality just about wins out in the end.

After having to endure 720p NowTV quality, many fans will be pleased to be able to pick HBO's slick new period noir in more impressive shape. Although its extremely dark sensibilities may have been best served by full 4K with HDR, the 1080p Blu-ray does a stand up job avoiding crush, rendering a very pleasing and frequently very impressive presentation of the source material, with excellent detail that revels in the worn visages, hair and clothing, and occasionally lavish, occasionally gritty and grimy colour palette. The texturing is superb, and those aforementioned inky blacks impress too. More recent a production than Boardwalk Empire, Perry Mason makes the most of the improved technology whilst revelling in an even darker, more shadow-strewn landscape, and this Blu-ray does a commendable job rising to the challenge to deliver largely excellent video.

Perry Mason Season 1's Blu-ray release enjoys a strong DTS-HD Master Audio 5.1 track which does an impressive job crafting a heady and at times really quite immersive atmosphere for the proceedings, enjoying the scoring, the mood, and the period nuances.

Dialogue gets decent prioritisation, clearly and coherently rendered throughout despite Rhys' slight chewing of words (and frequent shouting), with the period landscape brought to life courtesy of era-specific engine sounds, infrequent gunshots, the echoing pounding of a gavel, and the bustle of the streets, with the crowded court sequences in particular quite lively, although nothing really compares to the furore of the heaving church. The score - particularly contemplative during the closing credits - provides welcome support to the proceedings, and whilst it's hardly a conventional demo track, it does sound very good indeed.
﻿

Warner deliver a small but decent selection of extras spread across the discs, both Featurettes and Interviews.

A small but decent selection of extras

The Featurettes and Interviews dip into the rebooting of the character, but - perhaps most interestingly - have Robert Downey Jr. on hand for a couple of Interviews to talk about his production work on this project.

HBO's Perry Mason Season 1 is one of those productions that requires some not insubstantial patience and may or may not reward it depending how much you can forgive it its distance from what you might expect from the eponymous character. It eventually builds, Goliath-style, to a reasonably good courtroom climax, but Rhys is not a great choice for the lead, and the greenlit second season will have to spark up a different line of questioning if it hopes to have some legs.

Even if neither the long-winded convolution of the plot, nor the perpetually glum Rhys do it any favours, the HBO quality just about wins out in the end

Warner's UK Blu-ray release of HBO's Perry Mason Season 1 does a very good job despite the extremely dark material, delivering frequently excellent video and very strong audio, as well as a few nice extras. Fans should consider a solid purchase, particularly those who want to wash the taste of NowTV's rendition from their palates.