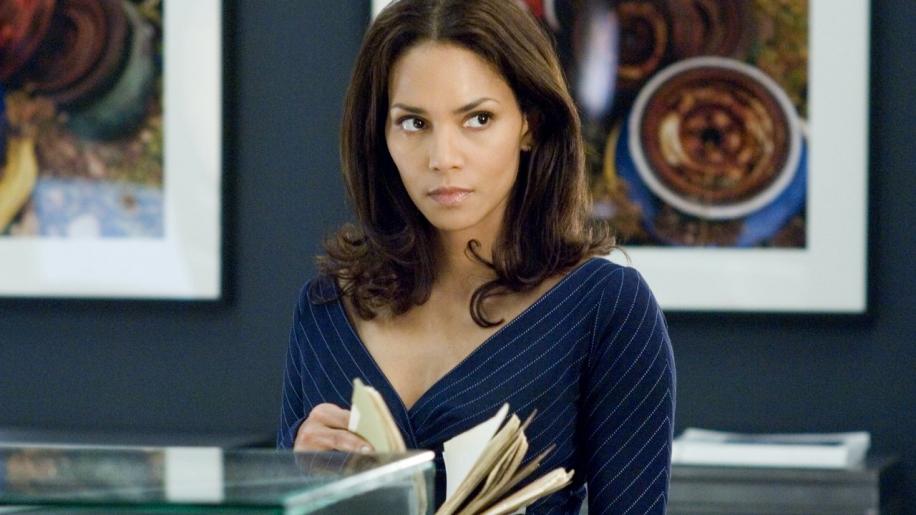 The summer of 2007 has not been kind to us movie lovers. We've been fed sequels, threequels and some pretty forgettable originals as well!

Well, imagine what it's like to be a movie reviewer here at Play Towers at the moment...so far, on the Hi Def disc front, it's been the summer of re-releases from Universal and a lot of the other studios too. So, I was quite excited when the head sheds here asked me to review Perfect Stranger, a film that I hadn't heard of at the time and wasn't a sequel, threequel or a re-release. It has a stellar cast, decent plot and comes from a reputable studio. What could possibly go wrong...?

Starring Bruce Willis and Halle Berry, Perfect Stranger tries to tell the story of Rowena Price, a reporter played by Halle Berry, who goes undercover to try and solve the murder of her lifelong friend, Grace. She is assisted in this task by her colleague Miles Haley, played by Giovanni Ribisi. Numero uno on the list of suspects is Harrison Hill, played by Bruce Willis.

Rowena goes undercover by posing as a temp at Hills firm called Katherine, and Veronica, a seductive temptress he chats up online. Playing cat and mouse, both Rowena and Hill soon begin to realise that not everything is as it seems. Some people will go to great lengths to protect their secrets, even if it means risking everything...

Back in 2003, Halle Berry won an Academy Award for her performance in Monsters Ball. Since then, she's added her voice to a robot in the cartoon Robots and raised her eyebrows, spread her arms and looked upwards in The X Men trilogy (the special effects team did the rest...). So I found myself asking “What's gone wrong Halle?” “ Who is choosing your scripts”? If it's your agent, you need to fire him/her and get a new one. Because in my opinion, you are way above rubbish like this. This has to be the worst performance I have seen by an actress since...Catwoman - oh dear.

Let me go into some detail on how I came to my conclusions. For starters, Halle doesn't swear very well. The obscenities in this film come thick and fast and most of them are used to shock the viewer and really have no context with the conversation that is actually happening onscreen. Some of the exchanges between Rowena and Miles had me blushing - and those of you that may have read my profile will see that I spent a long time in the army. If it makes me cringe, imagine how the ladies in the audience will feel...

Secondly, Halle Berry leaves whatever chemistry she has at the stage entrance. This makes the swearing point even worse because she has no chemistry with anyone onscreen at all.

Bruce Willis smarms his way through the film and seems to have a sordid grin on his face in every scene. From chatting up the women in his office to beating one of his ex employees to mush, that grin is there. I'm probably being a bit unfair on Mr Willis here as he's never been a favourite actor of mine. That's mainly down to his script choice though. For example, I thought that 16 Blocks was great. But in that particular movie, Willis played a believable character in a drunken cop trying to do some good...

Director James Foley, who's other gems include Glengarry Glen Ross and The Chamber fails miserably to hook the audience. Some of the scenes are actually laugh out loud funny - but they're not meant to be. In one particular scene, Rowena is undercover as Katherine and is searching the internet for clues to Graces murder when Willis walks in on her. At this exact moment, her screen freezes with a picture of Willis' assistant on it - filling the whole monitor. The ensuing scene with Katherine trying to pull the plug on the monitor with her feet whilst talking to Willis is hilarious. I actually had tears running down my cheek while my wife was shouting “turn it off at the switch”! The scene lasts for about 4 minutes, and , just as she pulls the plug at the end of it, he turns and looks at the screen...please!

Perfect Stranger seems to be the epitome of what Hollywood has to offer at the moment. I don't want to leave my brain in the foyer any more and not have to think about a film. I want to take it with me and use it.

As the end credits rolled, I felt that if I had paid to watch this movie or even brought this disc, I would be banging on someone's door and demanding my money back. That's why I feel I can't recommend this film in any way, shape or form. I can actually recommend that you avoid it at all costs. Absolutely dreadful.