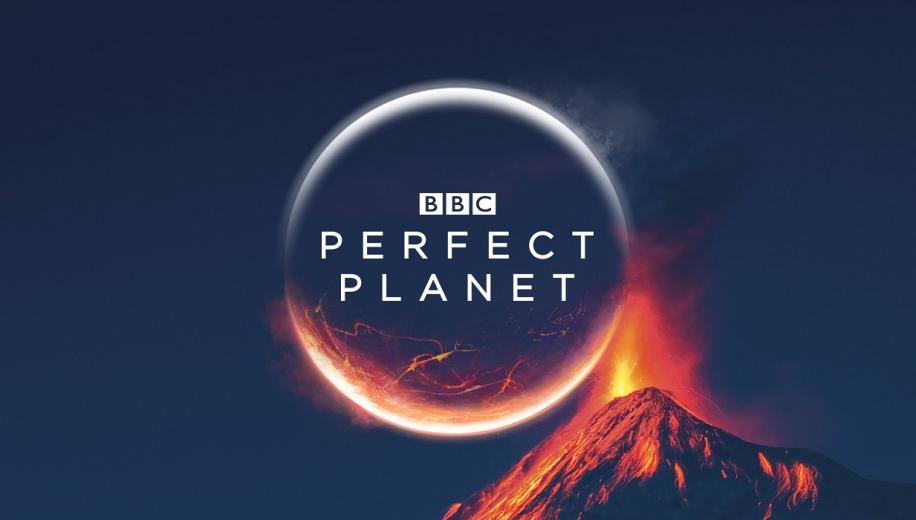 The BBC have been making these type of wildlife documentaries, in some way, shape or form, with and without David Attenborough, for over 50 years; and in the words of Carly Simon, “Nobody does it better.”

This particular series takes the Earth as its jumping off point. Our ‘perfect planet’ is, in the words of narrator Attenborough, as far as we know, the only planet in the universe with life (a rather grand statement, the galaxy is big enough, but the whole universe!). Set over five episodes, given titles of Volcanos, The Sun, Weather, Oceans and Humans, the format is to look at various species of animals as they strive to live in our world and the challenges they face. Be it fire ants as they raft, swarming red leg crabs, nesting flamingos, Arctic wolves, fruit bats, snakes or cryogenic frogs, the life on the planet is diverse and amazing.

Indeed, there are some spectacular scenes on show throughout this series, the native 4K and HDR really open up the image, it is almost like being there; the expanse of the vistas the detail of the animals; truly, amazing. The disc would not look out of place as a demo in a TV showroom.

This time around there is a conscious effort to show the impact we humans are having on our planet; the cost of our activities on the climate and resources of the world, are discussed and given as a warning as part of the narrative, never feeling out of place but as a natural part of the story. And it’s right back to the wildlife, seriously well photographed and never, ever having looked as good.

Detail is absolute, whether or not you are close up to a silver ant pulling a bug over the Sahara Desert sand, seeing the fine hairs, the individual minerals of the sand grains, or looking out over a vast salt lake at nesting flamingos, seeing thousands of birds sitting, flying and walking, each one individually stark against the background. The overhead shots of any of the landscapes are stunning, be it desert, jungle, volcano or atoll – get up close you could be flying over it in your own aeroplane.

When you factor in the HDR and WCG you have an image that is simply out of this world. The depth of colour is amazing. Lava burns through the screen, the iridescence of insects or feathers, the boldness of animal plumage, the lushness of the flora, the intensity of sunsets - there are not enough adjectives to describe how incredible these colours look.

Black level is set to give astonishingly deep blacks, there is a depth to frame that goes on forever, while the white scale give a brightness to the highlights that pushes the frame out; the surface of the sun is luminescent, the clouds in the sky are tangible, absolutely amazing.

The source is picture postcard perfect, as is the image – immaculate.

The Dolby Atmos surround track really opens up the surround field to immerse you in the action. The narration is anchored to the front, while the majority of the surround field comes from the sweeping and majestic score that utilises all of the speakers to become an encompassing whole.

Activities on screen, like geysers erupting, or bats/birds flying overhead, being submerged with whales, and scurrying in-between crabs make use of the overhead speakers to really place in or beneath the sound, it is remarkable how you can feel in the action. While bass is immense, never would I have thought of subterranean LF effects being so effective in a nature documentary, but it contains some of the tightest, deepest bass I heard in a while. A tremendous effort.

Can be found on the UHD.

Making of A Perfect Planet – A 50 minute documentary showing the extraordinary lengths, hardships endured and problems faced that the producers/camera operators/directors went to in order to make this program, which reportedly took 4 years to make in 34 different countries in some of the harshest terrain ever captured on film.

The BBC are the best when it comes to producing this type of material; having been at the helm of some of the most ground-breaking wildlife documentaries of all time. A Perfect Planet is no exception, taking our planet as a jumping off point to show nature in all its glory and encompassing a warning of human activity and its effects, the real star of the show is the incredible photography used to capture animals in the native lands. A stunning piece of filming.

The set from the BBC is out of this world – the native 4K image is quite simply breath-taking, as good as anything you will ever see, from detail to colour reproduction, it cannot be bettered and will stand as a demo for the format. This is backed up by an equally as enthralling Dolby Atmos track that is absorbing and engaging with some of the best bass use outside of an action film. The one extra shows just how hard it was to produce this epic show.