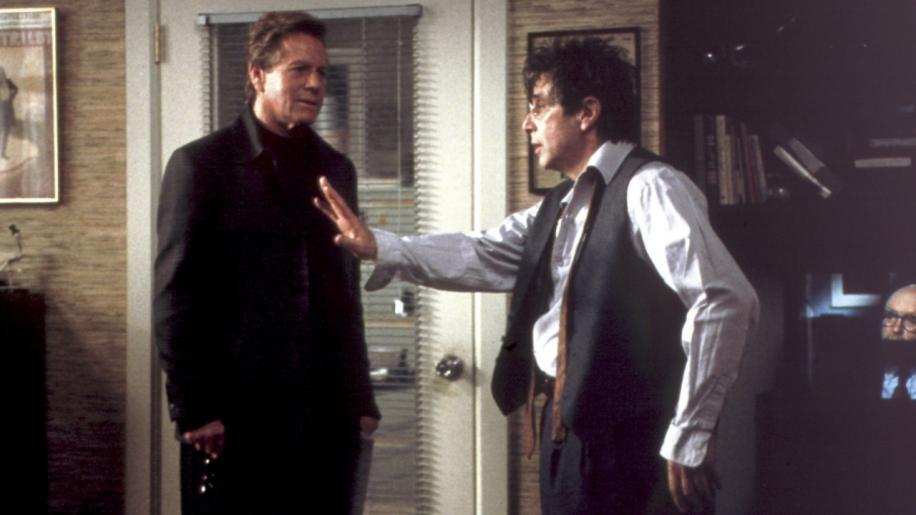 With an all star cast, including Al Pacino, Kim Basinger, Ryan O'Neal and Tea Leoni, I was hoping People I know was going to be an accomplished, intelligent thriller. Alas, whilst the movie is reasonably accomplished with an above average intelligence quotient, as far as thrills are concerned... it's a bit of a dud.

Al Pacino plays Eli Wurman, an aging, tired and spent hypochondriac publicist, who sees something that puts his career, and life, in jeopardy. With no real friends to share his experience and nowhere to turn, Wurman is alone and afraid. Can he turn his life around with one last hurrah of a fund-raising gathering of VIPs? Or will his dark secret catch up with him?

For me the problem that People I Know suffers is one of character... it's clear that Pacino's character is anything but an action type - so the movie's plot will have to be fought out in the cerebral arena and not a physical one. But we're left with what is pretty much a Pacino “one man show” - and although the accomplished actor steals the limelight with his creepy, all too real portrayal of the seedy, selfish Wurman - even Pacino's undoubted screen craft is simply not enough to carry what I found to be a slightly tedious movie. Think of David Fincher's The Game, without action or plot twists and you virtually have People I Know./p>