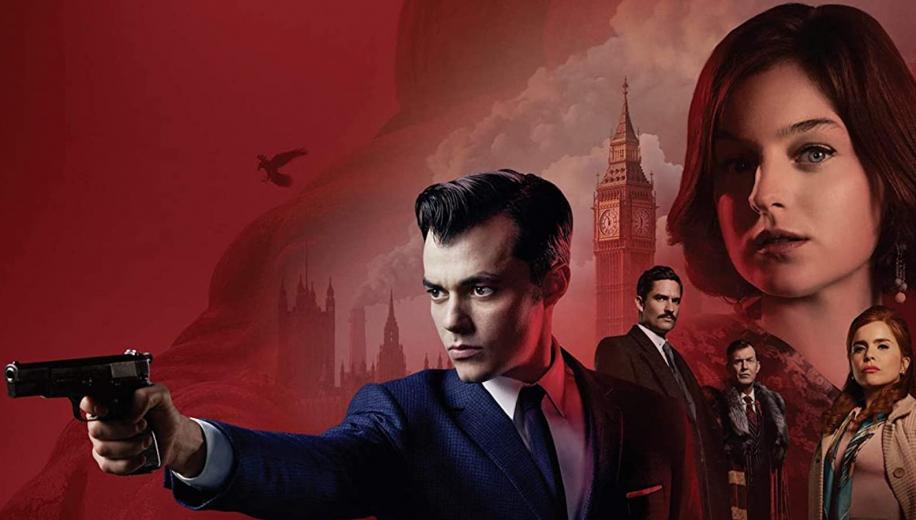 Nobody ever asked for a prequel series about a young Batman, but we got one, and it was surprisingly good. Now we get an equally un-asked-for series about Alfred the Butler's origins, but the surprise is that it's pretty good too, less Batman and more a blend of Connery era Bond meets Michael Caine's Harry Palmer.

Whilst the entire cinematic DC Universe sits on lockdown pause, and audiences wait with bated breathe to see if the fabled 'Snyder Cut' of Justice League offers an opportunity to right what once went wrong, DC's TV Universe continues to go strong, ever-expanding in myriad different directions - from the Arrowverse to Stargirl to Black Lightning to Titans and The Doom Patrol. There's something for everyone, with the majority proving more consistently entertaining - and reliably competent - than many of their Big Screen siblings.

With the end of the long-running, much-loved Gotham, there was talk about bringing life to the character of Alfred - with hopes that Sean Pertwee, who provided an excellent take on the character in Gotham, reprising his role, even though the reality was that they were always going to go too young to cast Pertwee, unfortunately.

It wasn't really a great pitch - the early life of Batman's butler - but Pennyworth has enough distance from its Gotham/Batman universe to almost go it solo. Much like Joker, it's at its best completely apart from the grander universe, weaving its own complex tales of spy-ish shenanigans, treacherous conspiratorial uprisings and a young ex-SAS bouncer who gets embroiled in a messy coup d'etat when all he really wants to do is woo the pretty dancer who has caught his eye.

Considerably better than it has any rights to be

Pennyworth is gritty - Gotham gritty, and then some - and stylish, witty and pretty thrilling, with an engaging cast of largely likeable characters. Sure, it's far from perfect. It goes head-first into adult ratings - Hard-R, 18-rated in the UK - dishing up plenty of torture, and even a little prison rape, but it also has some of that leftover Gotham kookiness which makes it hard to take some of the brutality all that seriously. It also perhaps doesn't need to go so camp in its underground cult portrayal, with some of the best bits reminiscent of Michael Caine's early Harry Palmer outings - The Ipcress File - with some more Connery-era Bond action thrown in to spice things up, but the villain and the vaudeville letting that down a little.

Despite any shortcomings though, Pennyworth is considerably better than it has any rights to be, proving entertaining and even a little bit shocking at times - particularly about midway through the season - and setting the stage for a whole new universe for DC to mine independent of the rest of its products. Watch the extended pilot and you may well find yourself hooked to another quality DC TV production.

Pennyworth comes to UK Blu-ray courtesy of Warner, almost day and date with the identical US counterpart, delivering the same very strong, occasionally even excellent presentation.

The disc presents a 1080p/AVC-encoded image in the show's original airing aspect ratio of widescreen 2.00:1.

Pennyworth doesn't really convince with its period look, attempting a comic book stylisation to keep things prettier in spite of the fact that nothing looked that perfect back in the day, and almost crossing over into steampunk territory as a result, but irrespective of the style choices, the presentation only benefits, looking pretty impressive for the most part, barely faltering and - even if it's hardly demo - coming across as almost impossible to criticise. The period colour scheme is given some room to breathe, black levels are strong enough to hold their own and, overall it's a very respectable presentation indeed.

Pennyworth's DTS-HD Master Audio 5.1 track is a strong and suitably atmospheric offering, with the more thematic title track clearly hoping to rope in the Gotham audience, whilst the show proper largely eschews this kind of flamboyance in favour of more subtle scoring that only gets frenzied for the tenser conflicts.

Dialogue remains firmly prioritised across the frontal array; effects are lapped up, from the more subtle ambient nuances to the frequent flashbacks to the War, or the real-time conflicts engaged upon on an every episode basis. The score affords a solid backdrop, adding to the mood and tone of the piece, and only occasionally betraying the comic book sensibilities beneath. Overall it's a very good track indeed, and hard to fault.
﻿

Pennyworth is better than it had any right to be - with Jack Bannon stepping into the shoes most recently vacated by Sean Pertwee and doing a surprisingly good job, turning the butler into a cross between Michael Caine's cockney spy Harry Palmer and Connery's super-spy Bond. It's worth checking out.

Warner's Blu-ray release of Pennyworth delivers hard to fault video and audio and, even without any extras, it makes for a solid purchase for those interested who haven't sought it out by any other means (Amazon Prime's Starz Channel add-on, for example).