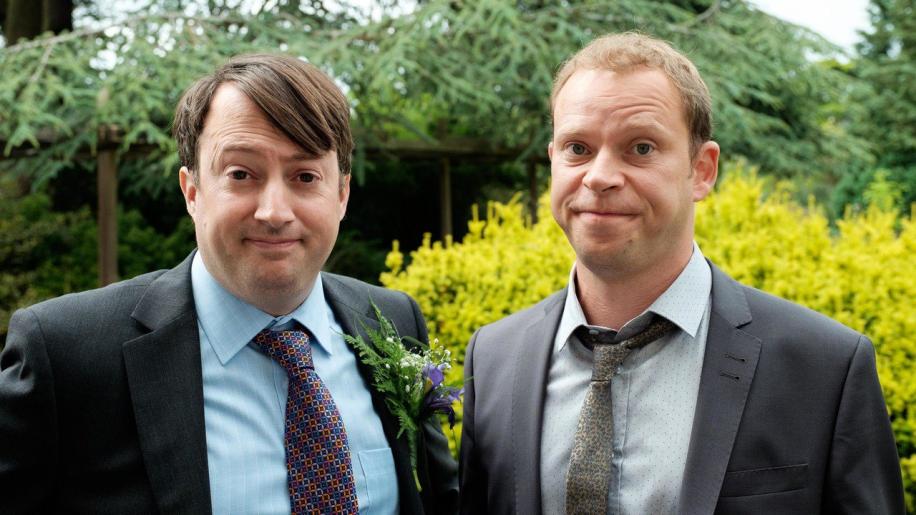 Good if somewhat soft. The first person perspective means that some scenes are purposefully blurred or askance. Colour is good, though the somewhat rundown sets in the series aren't the most colourful. There wasn't any colour bleed or interference in the picture nor was there an undue amount of grain. What I will say about the issue of grain is that depending on the camera the level of grain will increase. The head cam shots seem to be the worst, but still aren't bad. The extra scenes are a different matter, being substantially less detailed and blurred. Okay I suppose. There isn't too much to say really. Peep Show is a character focussed show and therefore dialogue is given a prominent role with music (such as it is) and effects taking a back seat. Everything sounds clean and “real”, like that you would hear from a video camera - a kind of imperfect sound quality that tries to create a down to earth reality. To be honest there isn't really anything special about the sound. There are six especially recorded scenes, three from Mark's perspective and three from Jeremy. As usual with Peep Show, Mark's character seems to fair better of the two characters, his being a more rounded character with more going on in the series. The scenes act much like an extension from the series, rather than ones which have been edited out from the main programme. There is a wonderful one where Jeremy is reading from a SAS style book. I am not sure if the book is real or not but the passage is just how I would imagine such a tome to read.

The commentaries are very funny and the cast/crew clearly appear to be good friends. There are some insights into dropped ideas, character detail and show themes. Unfortunately of all six episodes only the first and last have commentaries, which is more than a little mean. There are only six episodes, but they are all good, especially the penultimate one. If you are looking for some really funny comedy, then this is the one to get, after Spaced, of course.