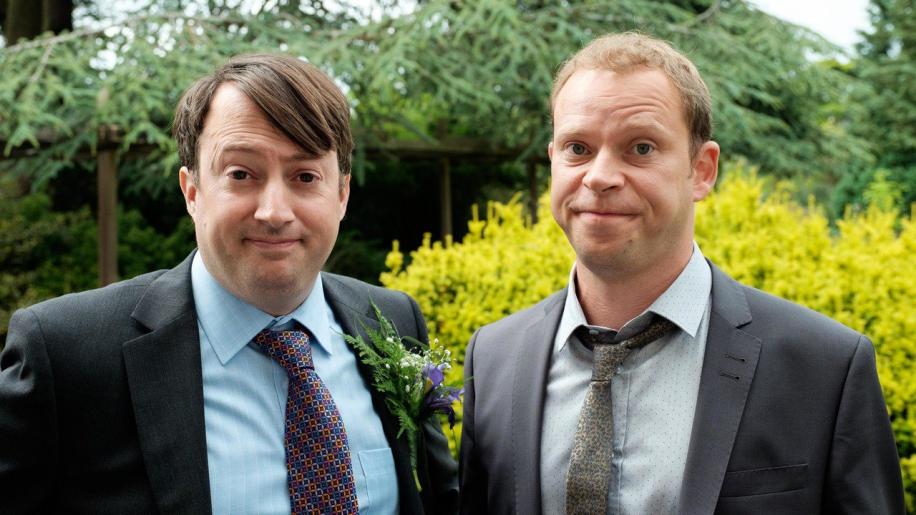 The disc presents an anamorphic widescreen 1.78:1 transfer that was shot on a variety of digital cameras then processed to look like film. Colours are bright and bold, brightness and contrast are set to give decent enough blacks, even though the show rarely uses them, though when the camera changes to the 'minicams' both colour and blacks tend to grey. Detail is uniform throughout, never overly soft, nor harsh, managing to maintain a pleasing edge. Digitally I didn't notice any compression problems, and only the merest whiff of edge enhancement; there was obviously no original print damage, though the digital grain was a tad excessive at times. In all a pretty good picture that never strays far from its TV origins. Only the one sound track an English Dolby Digital 2.0 surround that is pretty basic. I was impressed by the decent range; a fair amount of bass was evident, with the dialogue being suitably tonal. Separation was a little limited, this, after all, is mainly dialogue driven, with the rears are used very sparingly, but it was never dull and manages to address its information well. There are three audio commentaries on episodes one, three and six from writers Sam Bain and Jess Armstrong, script editors Robert Popper and Ian Morris and actors Robert Webb and David Mitchell respectively. The writer, as I've already mentioned, are quite candid about their discussion on the series, though there are some nice insights into the working and rewrites and general vision of the show. The actors talk is a predictably a fun listen as they regale stories and anecdotes about their time filming. Perhaps not more than one listen features, but never the less enjoyable.

There are a number of deleted and extended scenes with an optional commentary from series producer Phil Clarke and director Tristram Shapeero. The scenes themselves run for a few seconds to a few minutes of extensions to all new scenes, some are pretty good, the 'ready steady cook' scene, to excellent, the extension of the boys talking on the moors, to instantly forgettable. The commentary is very jovial and informative, explaining the reasons for each removal in an informal chat, I enjoyed this more than the episode commentaries. Plays as one unchaptered feature.

Finally there are three 'specially filmed scenes for episode 1, 3 and 6' which could also be labelled deleted scenes, though there wasn't much here to peak my interested, one watch filler at best. Peep Show season three doesn't have a good start, but thankfully it finishes as strong as ever, continuing in the same vein with cringes and laughs in equal measure. As a set there are a reasonable amount of interesting extras, with picture and sound being very acceptable.