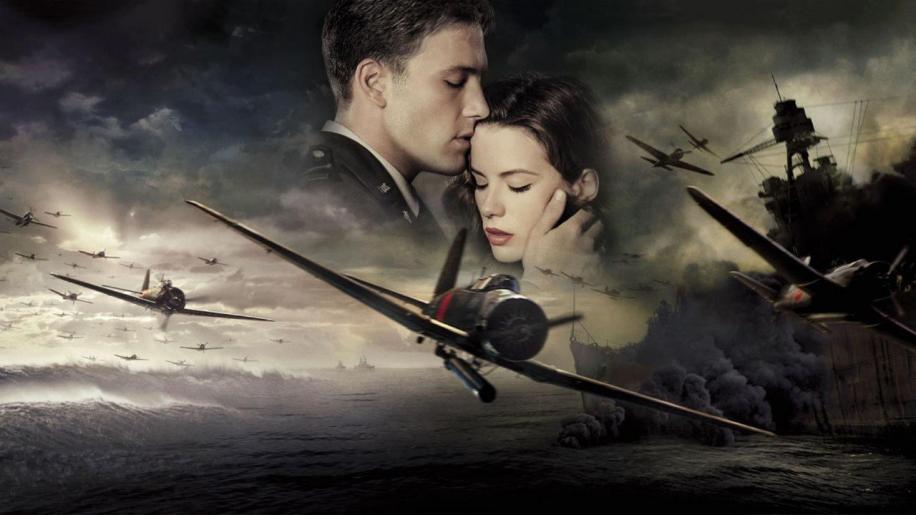 One hour and twenty-one minutes. The length of an average Hollywood flick, and also the length of time spent watching Pearl Harbor that feels like Hell on earth as you endure the most laboured love triangle ever seen on celluloid. Then, just when you're finally giving up the will to live, it suddenly becomes the film you wanted to watch.

Pearl Harbor is two separate films grafted together. The first 80 minutes follows two American pilots (Ben Affleck and Josh Hartnett), getting romantically involved with the same nurse (Kate Beckinsale). And then the events of 7 December, 1941 kick in. When the Japanese launch their assault on Pearl Harbor, the film launches its assault on your senses. The resulting battle scenes are some of the most thrillingly filmed in cinema history. The aerial combat is stunning and the scale of the action is unparalleled; Any qualms about what came before are firmly pushed to the back of your mind.

Due to BBFC requirements, the more violent director's cut could not be released here as it would need a higher certificate, so this is the theatrical cut.