Take a trip to the Peaky District 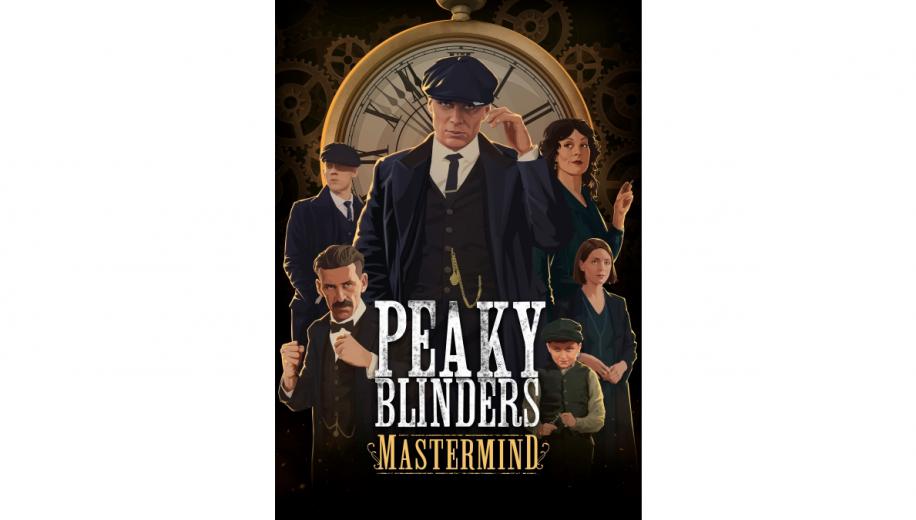 We probably don’t need to go into any great detail about the broad appeal and global success of Peaky Blinders. With five compelling seasons down and at least two more in the pipeline (filming for Season 6 being delayed due to the coronavirus), plus whispers of a film as the show builds towards WWII, some kind of videogame adaptation was always going to be on the cards. However, we can’t say that a puzzle-based adventure was what we’d have expected – but, for the most part, it really does pay off. You could argue a good case for more of an action-oriented title, and we can imagine a grandiose Mafia-like game with something of a Dishonored vibe to it being a lot of fun, or perhaps some kind of XCOM-like RTS. However, this feels like more of a toe-in-the-water from show’s owners, opting instead for a lower-budget offering with a relatively small studio at the helm (Brighton-based FuturLab is probably best known for 2014’s Velocity 2X). As a result, rather than simply throwing a lot of money into repeating the failures of many other crossover titles, we end up with the rather more original and impressively intriguing Peaky Blinders: Mastermind.

The game is set shortly before the events of Season 1, with Tommy and Arthur returning to Small Heath after the First World War and looking to settle back into life with the ‘family business’. There’s a typically Peaky theme to the storyline, with a growing threat of a rival gang needing attention and some obligatory morally questionable police officers getting involved. As the game is made in collaboration with the show’s creative and production teams from Caryn Mandabach Productions, the devs have full license to all the characters and many recognisable backdrops.

Although the show is known for a certain degree of violence, Mastermind’s title alludes to how the developers chose to focus on Tommy’s knack of evaluating a situation and manipulating people and events to reach the preferred conclusion with minimal bloodshed, and you’ll get to put most of the gang to good use. In terms of gameplay, Mastermind takes an aerial isometric viewpoint and implements several common puzzle traits at its core.

Split across 10 levels, primarily your job is to make your way around each Peaky-inspired map, conducting various interactions (physical, verbal or violent) along the way. Blocking your path are a series of enemies with vision cones to avoid, locked doors, gates needing to be lowered with switches and so on. All staples of the genre but with one impressive twist: You can control time – and on several layers, leading to a satisfying choreography of entwining gameplay. Time’s On Your Side

The game is played on a single timeline, but with each playable character having their own line within it that you can move around in. For example, you might have two characters in play, with you controlling Tommy for a few minutes to get him into a certain position. Then you can rewind the clock back to the beginning (or any point in between) and take over as the second character to carry out their objectives – while Tommy goes about the exact same business that you’ve just put into play.

The real hook comes from where those characters will frequently need to overlap, typically to hold doors open or to use their unique abilities to enable another character to progress on their own path (with mini ‘team-ups’ often needed for a level). By the time you reach the later levels you’ll have up to six characters in play at the same time and you’ll be in the realm of ‘spinning plates’ where you’re constantly jumping between them to ensure certain solutions align, constantly rewinding time to correct your mistakes or streamline your efforts. On more of a trial-and-error basis you might find yourself taking one character to a dead end and then rewinding time to bring another up to the point where they can help to solve the puzzle.

This translates into an increasingly complicated series of moving parts that you’re tasked with piecing together, ensuring everyone is in the right place at the right time to maximise their abilities – and, crucially, in the most efficient method as you’re always racing against the clock. This could be for a short term objective within a level (a few of which are frustratingly tight), or just to record the best possible finish time, with each level offering a Gold, Silver and Bronze rating based on your final mission time – that is how long your final timeline takes, not the somewhat longer time it took you to piece it all together. Tommy is unsurprisingly the lead character and his main ability is being able to coax certain locals into helping the cause – turning NPCs into playable allies for a short period of time to reach otherwise inaccessible areas. Arthur and John are the muscle, although any combat is simply a scripted animation following a single button press. Arthur can also kick down doors while John can use conveniently-placed oil lamps to burn down obstacles.

On a more subtle level, Polly and Ada are not seen as threats and so can walk through enemy vision cones without detection, with Ada using her charms to distract enemies, enabling other members of the gang to pass by without being seen. Polly can also pick locks and dish out bribes to dodgy coppers, disabling their vision cones entirely. Rounding up the team is young Finn, putting his diminutive size to good use by crawling through small gaps or windows and generally becoming a key companion to enable the likes of Tommy and John to navigate their own paths. It all builds together for a thoroughly enjoyable and frequently impressive puzzle scenario, where nothing is overly complex or fiendishly difficult, but there’ll still be a few moments where you’re scratching your head – until that light bulb pings into life and it all becomes obvious. Unless you choose to play on the harder difficulty, you’re helped by coloured markers and pointers that let you know which character should be heading in which direction, although as the path is largely linear it’s usually fairly obvious.

In some ways this is a bit of a missed trick as having multiple paths or different ways that you could combine the characters abilities would have certainly added more to the game, especially in terms of replay value as you look to get your times down towards those Gold standards – which becomes very tough after the first few levels. However, there’s very little freedom to experiment or stray from the scripted path, so instead that replay value comes from constantly streamlining every small sequence – because you’ll soon know where something has taken longer than it should (and if a character is left standing around for 30 seconds or so on the final timeline, you’re doing something wrong).

Having multiple paths would have certainly added more to the game

It’s important because this replay value is about the only thing that drags Mastermind up to a decent length. Only the last few levels take any real time of note, but you’re still looking at a game you could finish in a single session. The Gold medal times add up to just over 40 minutes – but in terms of actual playing time we’re talking 4-5 hours before you’re only left with fine-tuning each level for better times or seeking out the handful of collectibles found on each map. Even at £19.99 that’s not great value for money, especially compared to our recent Relicta review, a puzzler that gave us maybe three times that game time from our first playthrough for nearly a fiver less. In terms of its AV delivery, FuturLab has done a great job in recreating the style and tone of the show. The visuals are solid and do a nice job of recreating the vibrant street life of Small Heath, combining the thriving industrialisation with the post-war economic struggles that’s at the heart of the series’ look. One nice touch sees the UK band The Feverist, which had previously seen its work featured in Season 1, supplying a couple of new tracks for the game to further enhance the familiar atmosphere.

As with the aforementioned Relicta, the devs have taken the option to save time and resources by not using lavish cutscenes – instead still images and captions are used to carry the story, although those images look like they could well be painted scenes from the show so it maintains a sense of immersion (all characters are credited to the actors who play them in the show, even though their voices are never heard). But overall, Mastermind does look and feel like a Peaky Blinders experience, even if the limitations of the developer and its budget does mean you’re not getting a vast triple-A Shelby-ville to explore. With a fun and challenging puzzle system, Peaky Blinders: Mastermind has a very impressive set-up and it can be a real joy when all of your hard work comes together. Seeing all of the interlinking and overlapping characters unite in the last few moments of a level can feel like the closing montage to an Ocean’s Eleven movie – which makes it more of a shame that there’s just not enough of it, nor any real freedom to play around with the game’s mechanics beyond the scripted solutions.

However, while those restrictions do count against its value for money, Mastermind is still a solid and enjoyable Peaky Blinders experience that we’d happily endorse for fans of the show or gamers who want a fresh challenge, especially given the shortage of decent puzzlers in the current marketplace. Although those without a healthy disposable income might want to wait for a drop in price or perhaps some free DLC to deliver more justifiable value for money.