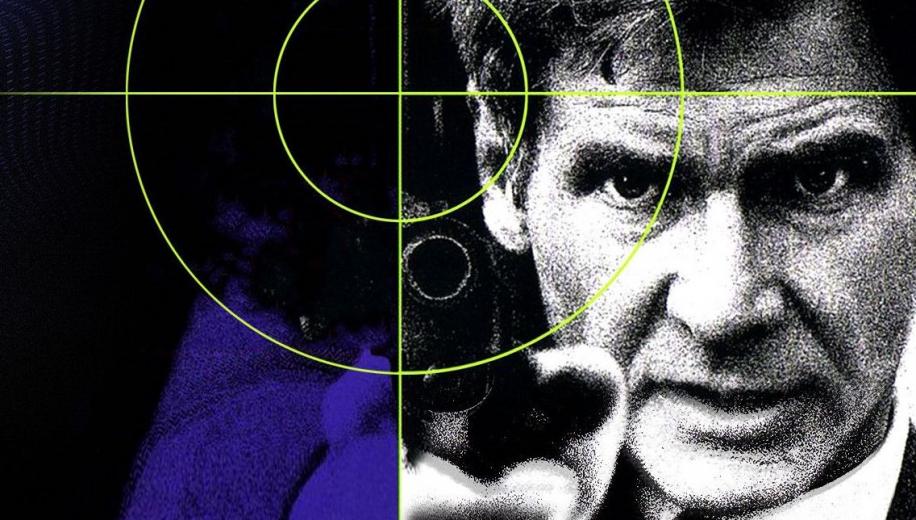 1992's Patriot Games, a prequel-turned-sequel/soft reboot, introduced the world to the most memorable actor in the Jack Ryan role, Harrison Ford.

The late Tom Clancy's most famous creation - Jack Ryan - proved a hard character to bring to the big screen with any degree of consistency. Whilst The Hunt for Red October was an earlier written book, Clancy himself may have regarded it as an unexceptional introduction to the character of Jack Ryan, and would indeed go back a write a prequel that better introduced Ryan: Patriot Games.

Unfortunately the film adaptation of Red October was already in production by the time Patriot Games was released as a book. This had the fatal effect of putting off the original choice for Ryan - Harrison Ford - who felt the character's role wasn't meaty enough in Red October (he wasn't wrong, Sean Connery's Russian sub captain would steal the show). In turn, this would affect the production of a sequel to the film adaptation of Red October, whose Box Office success started a franchise in the wake of Bond's post-Licence to Kill absence from the Big Screen.

Red October's Jack Ryan - Alec Baldwin - for one reason or another, did not return to the role, and was replaced by the original choice, Ford, which, in turn, led the Studios to decide to adapt the prequel story of Patriot Games, effectively pushing this sequel into soft reboot territory with a scale much smaller than the previous John McTiernan brink-of-World War III sub-actioner, and much more personal.


The film adaptation just seemed too small in scale.

Originally designed to introduce the world to a young Jack Ryan and how he got involved with the CIA, the story had to be adapted for a Ford who was even older than when he was approached for the preceding film, and thus became about his retired CIA analyst being pulled back into action after he thwarts an attempted attack on the Royal Family in the UK and engenders the wrath of a rebellious IRA splinter cell that subsequently target him and his family in the US.

The plot would - beyond the age of the characters - otherwise stick fairly closely to the book, but strip away the political commentary that underpinned it. Patriot Games was Clancy's critique on the death penalty, or possibly on the lack thereof in the UK, comparing the fates of its terrorist antagonist in the UK and US respectively as some kind of slight against the more lenient justice system. Even with that, however, it remained a smaller-scale book, and coming off the back of Red October (which, in novel terms, was even bigger in scale than we saw in the film) the film adaptation to Patriot Games just seemed too small in scale.

Nevertheless, Ford proved himself a tremendous choice for the role, embracing the boy-scout everyman characteristics that defined Ryan, and remaining one of the strongest elements in the movie, supported by a strong cast which included a returning James Earl Jones as Ryan's boss at the CIA, as well as a young(er) Samuel L. Jackson, Sean Bean, Anne Archer and Richard Harris. Director Phillip Noyce was also on strong form, delivering a thinking man's spy thriller which - setting it apart from its sub-chase predecessor - was an engaging watch in and of itself, capturing Ryan's almost preternatural analyst skills (think: Manhunter) and building tension in a number of memorable assassination/attack sequences (including the initial UK kidnapping scene) whilst building to a conclusion which, looking back, was a precursor to the end of Bond's Skyfall.

The biggest plus point to Harrison Ford's competent but not desperately exceptional first outing as Jack Ryan was that it would lead to his second, vastly superior, turn in the role, in Clear and Present Danger.

The 1992 second film in the series, Patriot Games, was on 35 mm film, and the film has been rescanned and mastered in 4K, which has been used here for this Ultra HD Blu-ray release.

As with the preceding release, the 4K disc of The Hunt for Red October, and as we will find out with the subsequent 4K rendition of the sequel Clear and Present Danger too, these 4K Jack Ryan films have all been given new colour timing which showcases a more blood-drained grey-dominated look that is arguably a bit of an acquired taste even if it does kind-of suit the down-to-earth alternative to Bond's more glamorous outings. It takes some getting used to, although HDR and WCG - and Dolby Vision - push through the near-monochrome palette to give a few (high-)lights, explosions and brief hints of primaries some light pop that looks appreciable against the paler backdrop.

Detail shows a significant improvement over the Blu-ray counterpart, boasting some striking textures, facial observations and clothing and background textures, with a fine level of grain which thankfully doesn't exhibit that same frozen noise look that was evident on the Blu-ray, even if the Dolby Vision enhancement does occasionally play with the grain levels. It's a very good video presentation, so long as you don't mind the slightly different colour scheme.

On the aural front there isn't much to write home about as the film’s accompanying Dolby TrueHD 5.1 track is exactly the same track that adorned the film's Blu-ray release from a few years back. Whilst a strong audio accompaniment, it's certainly not reference quality in any respect.


Exactly the same track that adorned the film's Blu-ray release from a few years back.

Dialogue comes across clear and coherent throughout, largely dominating the frontal array where appropriate – which is for the majority of this movie as it is far more dialogue-orientated than action-orientated. Still, there are plenty of more noisy sequences, from the opening ambush, to the ambush on the police convoy, the ambush on Ryan’s family, the attack on the terrorist training camp, and the siege conclusion, all allowing for decent surround usage, dynamics and even some light LFE accompaniment to give the whole thing a bit more weight.

The score itself (notwithstanding the merits of another trademark James Horner cut n’ paste work - the guy rips off not only Shostakovich but also his own seminal score to Aliens just to provide the main theme here, although admittedly, if you're not too bothered by that, it does work) also gets decent presentation, a little more lightweight than you might have wanted, but it’s neither intrusive nor piercing, pleasantly giving the surrounds a little more to do, but only occasionally invoking the use of the bass channel. Overall a good, but not exception audio accompaniment.

Nothing on the 4K disc itself, and just an old Featurette and Trailer on the accompanying Blu-ray.

Patriot Games remains a good introduction to Harrison Ford’s everyman hero Jack Ryan, a good precursor to the superior Clear and Present Danger (even if it is not a good sequel to The Hunt for Red October), and, basically, a good thriller.

Paramount's UK 4K Ultra HD Blu-ray release of Patriot Games - at least for the time being - is only available as part of the 5-film Jack Ryan box set (which also includes The Hunt for Red October 4K, Clear and Present Danger 4K, The Sum of All Fears 4K and Jack Ryan: Shadow Recruit 4K), but it's a great set, and the film itself looks better than ever, coming with a strong native 4K presentation complete with Dolby Vision.