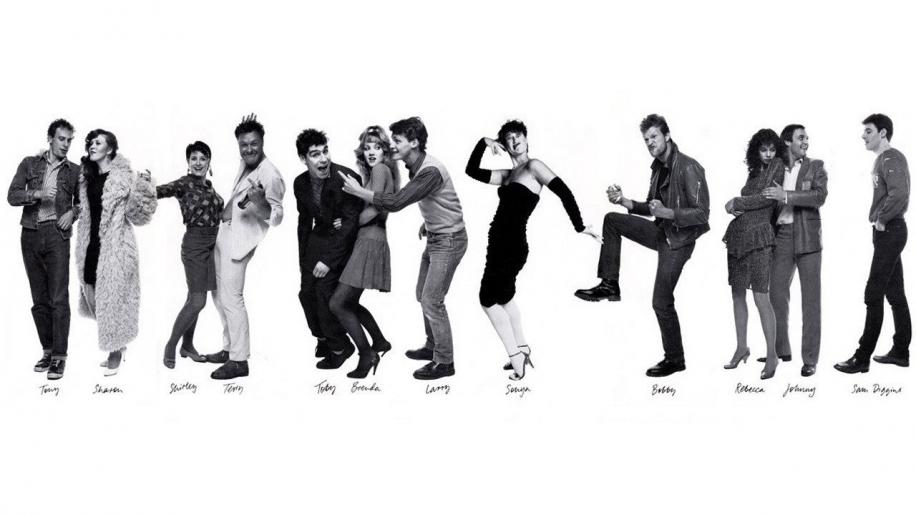 Forget Mike Leigh, forget Dogma 95, you want to know and feel what it's like to be inside a stolen party, held without the parent's knowledge or permission, you need to see Party Party, a little known, no budget British comedy released in 1983. The brain child of Daniel Peacock (who also stars as Toby) and Terry Winsor (who also directs), the pair perfectly capture the essence of what a party usually is. Remember the time, 1983, the punk era had come and gone, the Ska boys were making a bid, there were still bikers and the new romantics were starting to break out. It was culturally very diverse with Party Party placing all of these elements together in one party place. Throw in stereotypical characters, the drunk, the slag, the good looking one, the prat, the bully, all instantly recognisable, all necessary and you have the ingredients for a good time.

The film follows the fortunes of Larry; it's his parent's house, his party. The time is New Year's Eve and he wants to 'get upstairs' with Sonya, but she has just got engaged to Tony. Both Tony and Sonya see this party as a chance for a final fling. Toby, Larry's mate, is getting tips from Johnny Reeves, a cool seductive character, on how to 'chat up the birds'. Unfortunately he is rather inept and continually fails. Shirley, a large girl, just want sex, her mate Brenda, the object of Toby's affections only has eyes for Sam, who in turn only wants Rebecca; she meanwhile is vying for the affections of Johnny. Recognise this pattern? Has it not happened at every youthful party you been too? The interaction with the characters is skilfully done; it thankfully never degenerates into farce and is all the more believable for it. All is not perfect though, I remember thing this was the best film ever when I saw it '83, but now 20 odd years later it does have a bit of a dated feel. Irrespective of the clothing choices (particularly the girls) this was a pre-AIDs era, and the bed hopping that occurs, though absolutely accurate for the time, now leans to a more incredulous side. It does, however, contain some wonderfully funny scenes filled with wit, slapstick and pathos, it still has much going for it grounded as it is in reality contrary to Bachelor Party, the Tom Hanks vehicle released a year later and with a far wider circulation; poor Party Party was overshadowed and nearly lost had it not been for the advent of the home video market.

The film contains many, many faces of new up and coming talent, many of whom are instantly recognisable, Karl Howman sought fame in Brush Strokes but is probably better know for his Flash adverts, Gary Olson (2ponit4children amongst others), Caroline Quentin (comedian, Jonathon Creek) , Kim Thomson (Brush Strokes, Tall Guy), Philip Martin Brown (Band of Gold, Sleepy Hollow), Nick Berry (Eastenders, Heartbeat), Perry Fenwick (Eastenders) are just some of the faces you will recognise. The score too is also a window into the past, filled with excellent tunes too many to list. All I am saying is high praise and I know I am feeling more than a little nostalgic about it. Objectively the film is really an average teen comedy, free from the smut of the American market this film is British through and through. I love it because I can recognise the party; I went to the very same one for years. Unfortunately it might struggle to find a home with a new audience, sweet though it is, funny as it is, its age maybe its downfall.