It’s a Westlake/Parker story in everything but his name 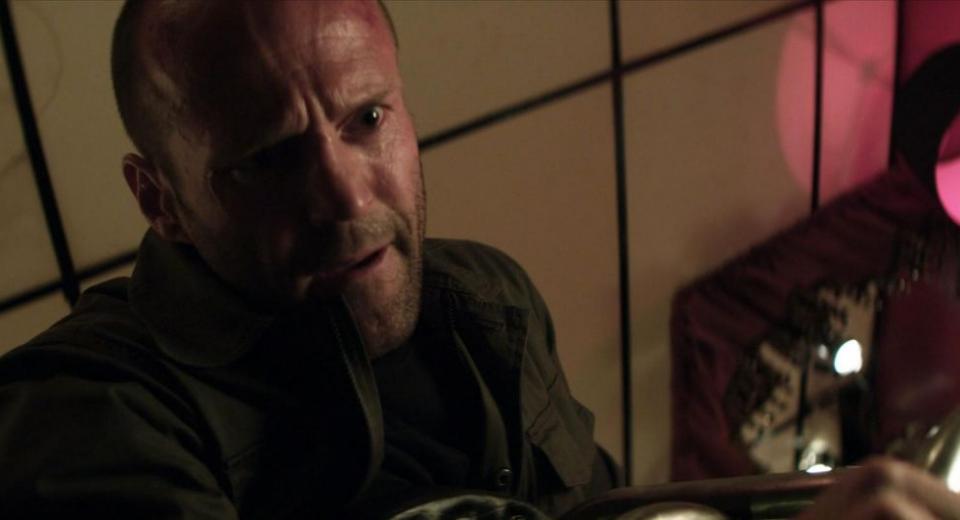 Not heard the name Parker before? Well, I guess you've never read any of the gritty Donald E. Westlake novels about him. Fear not, you probably still know the character. You see, the late Westlake - back when he was alive - denied the rights to use his character's name (Parker) to any production company which was not willing to commit to adapting all of his 20-odd novels featuring the guy. Needless to say, no production company ever committed to this, and Westlake's widow sold the Parker name to the highest - or, more likely, first - bidder upon her husband's death, with no strings attached. But, back when he was still around, Westlake still authorised a handful of adaptations to be made from his works, each one of them adopting a different name to Parker.

Remember Lee Marvin in Point Blank? His Parker was renamed Walker. Robert Duvall in the little-known thriller called The Outfit? His Parker was called Macklin. Then, of course, there's the most famous of all of the Parker adaptations - also taken from the same book as Point Blank: The Hunter - and that's Mel Gibson's Payback. Gibson's Parker, if you don't remember, was called Porter.
Now, in 2013, we finally get a film where Parker is called, well, Parker. But who has the mantle passed to? Jason Statham. So, is he any good?

Parker is a career criminal who has settled down with his old mentor’s daughter. When his mentor suggests he take up a particularly lucrative job, Parker reluctantly agrees, despite not liking to work with a team of people he doesn’t know. Of course, things don’t go according to plan and Parker, left for dead, hides out and plots his revenge on the people who betrayed him.

I was torn over the idea of Jason Statham taking up the Parker mantle. Whilst Statham is generally a cut above the action fare he generally finds himself in (Death Race, The Transporter), he is also capable of bringing better movies down to a lesser level (Killer Elite, The Mechanic), just because his fanbase expect a certain kind of movie from him. Unfortunately this is precisely what has happened with Parker. Oddly, considering it is the first Westlake novel to be adapted with the character’s name in-tact, it ended up becoming the first film which was an adaptation in name only.

Strong dialogue and witty exchanges are generally eschewed in favour of off-the-cuff remarks from an otherwise fairly stoic, silent hero (a shame because Statham can do wisecracks like the best of them). Tense, exciting confrontations have now morphed into excessively bloody – even for a Statham feature – fisticuffs. Convoluted back-stabbing and revenge plotting is smoothed-out and goes generally unnoticed; on a distinct back-burner in comparison with the action. Characters are almost all one-dimensional, and not even all that colourful.

I’d like to say that Parker was entertaining, but it was more in the region of ‘watchable’, or ‘passable’, which really isn’t much of a compliment at all. And Jennifer Lopez? Well, perhaps she has made a step up from all the terrible rom-coms that she has been associated with over the last decade, but we’re a long way away from the likes of Out of Sight, which was the kind of form I’d hoped for from her considering we were back in noir territory here. Nick Nolte? Michael Chiklis? Well, unlike Lopez, this movie marks a step down for them after the likes of Warrior and The Shield, respectively, and, unfortunately, they just seem to both be on autopilot. Much like the film itself.

And that’s the trouble, Hackford – who hasn’t done a decent movie in about a decade – has forged a noir outing which is little more than a cut-and-paste 2013 feature with no heart and soul; no genuine intrigue; going through the motions with little care for the kind of style and substance combo that these pieces need. It’s got no mood, it’s got no atmosphere, it’s not witty, and it’s not punchy. It’s just bloody and blunt. And the worst thing about it? It’s probably killed the Westlake/Parker adaptations dead in their tracks, at least for a few more years. When this could – and should – have been another big franchise. Something which Westlake knew all along.

Quite honestly, if you miss Westlake, and want to enjoy another film adaptation in the vein of Point Blank and Payback, you should investigate Mel Gibson’s Get the Gringo (aka How I Spent My Summer Vacation). Sure, Gibson’s a pariah, and the feature disappeared with barely a hint of a theatrical run – and it’s not even based on a Westlake novel – but it’s the closest thing we’re ever going to get to a sequel to Gibson’s Payback. Oh and it may be written by Gibson but it’s a Westlake/Parker story in everything but his name (which was always changed in the movie adaptations anyway). Statham’s Parker could have learned a thing or two from him.