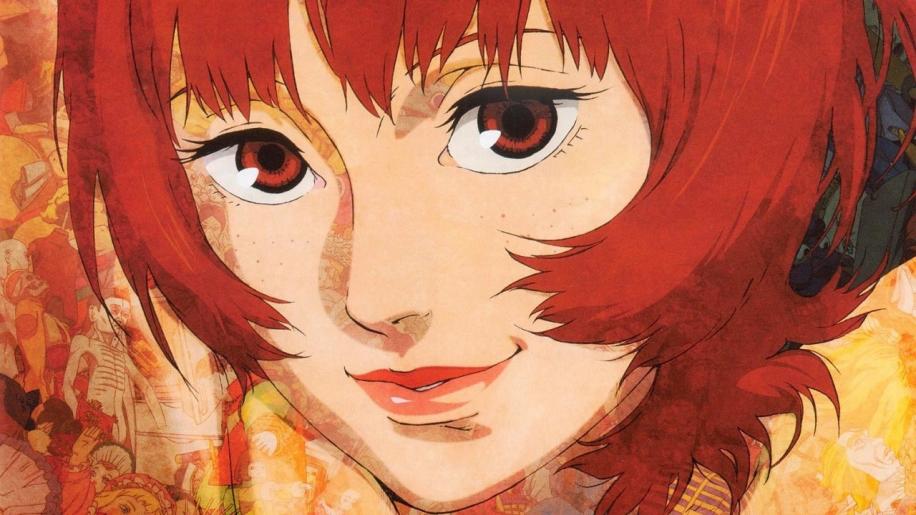 CGI has given Hollywood studios free reign to bring some of the most imaginative productions to life, the prime examples being such colourful, unrealistic entities as the comic-book superheroes the Fantastic Four and Spiderman. It seems as if there is very little that we could possibly imagine that, thanks to the advance of CGI technology, could not be brought to life on the Big Screen in a live-action production. Yet still, Japan comes up with exceptions to the rule, and continues (often with the assistance of CG) to create increasingly and impossibly surreal productions which appear to be only capable of visual realisation through the popular Japanese medium of Anime. Most recently, the master director Satoshi Kon has concluded his animated dream-trilogy of Perfect Blue and Millennium Actress with the exotic Paprika.

The DC Mini is a new form of technology that enables dreams to be both recorded and even infiltrated by scientists wearing the relevant equipment. The idea behind this device is to enable psycho-therapy to be given to individuals through their dreams, or possibly even medical treatment, but when it is stolen, the creators soon find that it is being used against them, and in terrible ways that they could literally only possibly imagine. Atsuko Chiba, the lead scientist on the project, has to use her dream-based alter-ego, Paprika, to infiltrate the new dream-world and stop the terrorist from taking over more and more individuals' minds and save the world from eventual madness. But it is clearly not going to be that easy, as her mission involves dreams blurring into reality, leaving it difficult to discern what exactly is real.

Paprika was brought to us by those creative talents behind the anime murder mystery Perfect Blue and the series Paranoia Agent, and it is based on the surreal book of the same name, written by the renowned author Yasutaka Tsutsui. It is an extremely complicated, almost incomprehensible mystery drama that is extremely dreamlike itself in style, to match the content. Despite the fact that the harder you try to make sense of things, the less sense they will make, the movie is strangely captivating and is likely to leave you feeling quite content as the end credits roll. It's a whimsical, capricious affair, but is highly fun and enjoyable, entertaining throughout without ever being as shallow as it seems to be. The characters are interesting - most notably the dream-girl Paprika, a grown-up child who is a free spirit within the dream world, able to manipulate things as if she were controlling her very own dream. She's absolutely adorable, and a nice counterpoint to the stiff, sombre lead scientist Atsuko.

Amidst her other team members, is the overly large child-like genius Tokita, who is uber-intelligent but unable to grasp the ramifications of his creation getting into the wrong hands, and the older, dwarf-like Shima, who appears to be the first victim of the dream-terrorist. There's also the strange Detective Konikawa, who somehow gets involved in the case, despite the fact that he is also undergoing dream psychotherapy at the hands of Paprika herself, as well as the stereotypically sinister Chairman who wants to shut the project down. You really care about the leads, not least Paprika herself, who is highly skilled within the dream-world but not without her vulnerable side. The vocal talent, both Japanese and Western, are excellent, with vocal actors who have previously contributed to the likes of Mobile Suit Gundam and Tokyo Godfathers and with the Detective voiced by Akio Otsuka (Batou from Ghost in the Shell) and Paprika herself voiced by Megumi Hayashibara (Rei Ayanami from Neon Genesis Evangelion).

Aside from being visually opulent in the extreme, with the kind of vivid dream imagery that brought Spirited Away to life, it also has the best soundtrack of any movie that I have come across recently (we're talking one of the top soundtracks of all time). Orchestrated skillfully by composer Susuma 'Millennium Actress' Hirasawa, the score is perfected to fit the fun, the adventurous, the surreal or the dark imagery as and when it is required, but it is at its best during the opening credits and some of the more fanciful Paprika moments. It is difficult to describe what is so addictive about the score - ostensibly just cheesy J-pop - but that makes perfect sense when you consider how difficult it is to describe how good the movie itself is, despite its positively surreal and all-but incomprehensible narrative.

Director Satoshi Kon concludes his excellent and critically acclaimed 'mystery drama dream trilogy' with this movie, a surreal but wonderful mystery adventure that manages to engage and involve you despite the fact that it is extremely difficult to fully understand. In fact, arguably, too much logical rationalisation can be counter-productive, and you should really just sit back and let the story, the visuals and the excellent soundtrack pick you up and carry you away into this dream-like hyper-reality. Highly recommended.