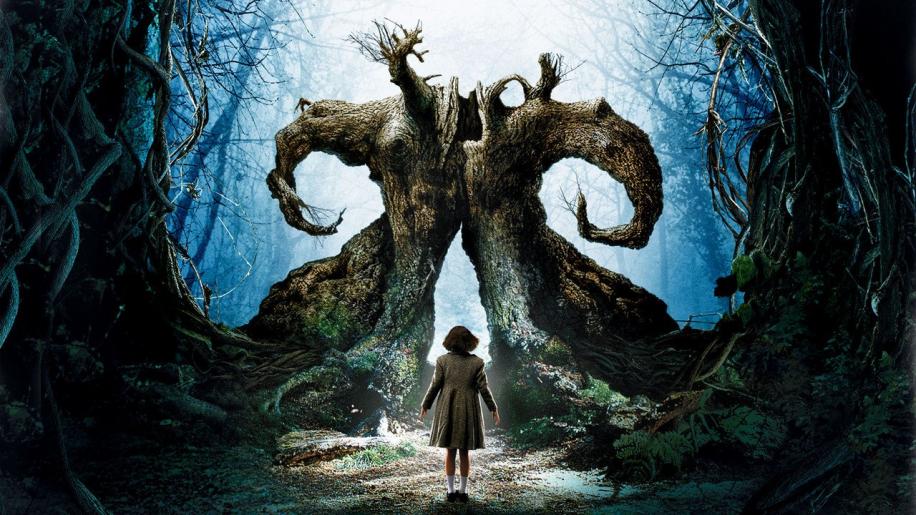 Coming to Pan's Labyrinth completely cold was a very strange experience. I had not see any of Guillermo del Toro's previous films - and from the marketing I was expecting a fantasy film with fantastical creatures and magical scenes. What I actually got was a disturbing, brutal study of fascism in Franco's Spain. I also got a masterpiece of modern cinema.

Pan's Labyrinth opens as Ophelia (Ivana Baquero) is travelling with her mother to stay with her new stepfather Capitan Vidal (Sergi Lopez). On the way, it becomes apparent that her mother is pregnant with Vidal's child and on one stop Ophelia meets a strange bug that she thinks is a fairy.

Once they arrive at their destination, they realise that it is a remote military outpost which is under attack from the rebels in the surrounding woods. Against this backdrop, violence and fear slowly escalate as Vidal reveals his true character, and Ophelia retreats into a world of fantasy where she is given three tasks to perform by a faun she meets in a labyrinth that is set up outside the farmhouse where she is staying.

The word masterpiece is often overused, and I am fully aware of this when using the term in the first paragraph - but Pan's Labyrinth deserves that epithet. It is hard to imagine any way that this film could be any better realised, any area that can be improved on.

This is apparent from the very first scene. This is a film that is simply breathtakingly shot, and fully benefits from High Definition. The woods are diffused with a warm orange glow, and there are particles filling the air that reflect light from the sun. This opening scene looks like a painting it is so well composed and realised. The stunning cinematography is consistent throughout the whole film, although as we advance further into the nightmare world that we are forced to observe the colour palette becomes more and more muted - until everything is shot with a blue filter. This is a very subtle but clever effect.

On top of this is the acting which is consistently brilliant from all particpants. Baquero herself is quite simply amazing, essaying a wonderful mix of innocence and bravery that could easily come across as artifice. In her hands though - the character of Ophelia is never less than completely believable. Her character is central to the whole film - and it is one of the best performances by a child actor I have yet seen.

Yet, this astonishing central performance is supported by some superb turns from the adult task. Lopez's portrayal of Vidal is absolutely chilling. There is a famous scene in American History X 1998 where a sudden burst of violence just makes you feel totally sick - because it is authentic, brief, and horrific. There is a very similar scene in Pan's Labyrinth a scene which makes you realise just how brutal this man is. As the film goes on, as the colours change, as a true sense of dread begins to pervade the film as the rebels start to get the upper hand, we see his character unravel in a believable and intense way.

Even the minor characters are portrayed with a similar level of intensity. The Doctor, Mercedes, and Ophelia's mother are all performances that are note perfect. This really is a true ensemble work.

Whereas the film is perhaps more grounded in reality than you may have expected from the promotion, the fantasy scenes are beautifully shot and staged as well. Doug Jones, who plays the major fantasy characters, does a superb job under acres of prosthetic make up, and CGI is kept to an absolute minimum. The fantasy scenes are, of course, allegorical - and nowhere is this more obvious than in the Pale Man's room which is a very clever mirror of Vidal's room in the real world.

Pan's Labyrinth is a tour de force of modern filmmaking. It is brutal, beautifully shot, superbly acted, and heart breakingly sad. It is not for the faint hearted - but those who are even remotely tempted by the film should definitely give it a go. I had almost gone to see it at the cinema, missed it and it had then become one of those films I had kept meaning to see and never got round to. Don't make the same mistake as me. Check this film out as soon as you can.