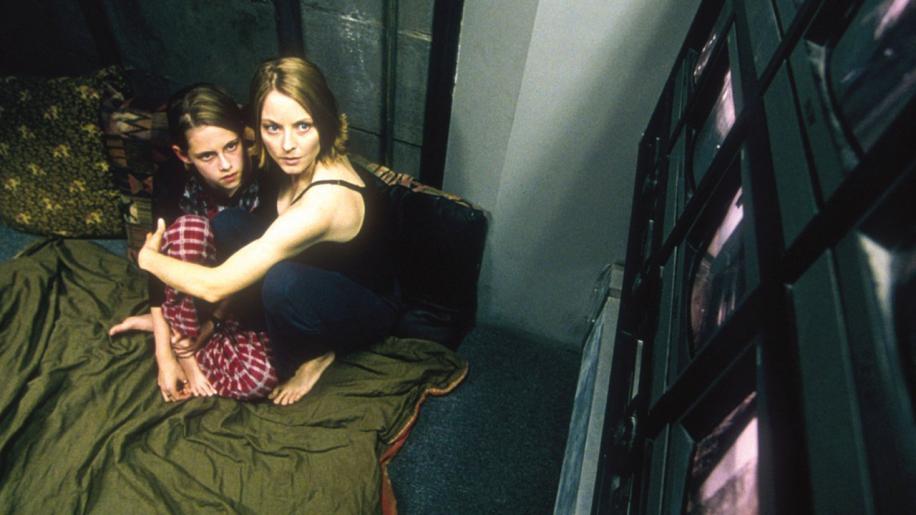 In his short career, director David Fincher has crafted two modern classics (Se7en and Fight Club) and two flawed but fun thrillers (Alien3 and The Game). Anybody want to place a guess on which category his latest film falls into?

When their new home is broken into by a trio of burglars, single mother Meg Altman (Jodie Foster) and her young daughter (Kristen Stewart) hide themselves away in the building's 'panic room' - a sealed environment hooked up to a host of internal surveillance monitors. Thinking that they're safe from harm behind the room's concrete walls and steel door, matters take a turn for the worse when it transpires that the very thing the thieves are after is in the room with them, and they will stop at nothing to get in there with them.

As a concept, Panic Room has all the makings of a fantastically tense thriller. However, at over 100 minutes, you just know that the tension is eventually going to give, and clearly, so did Fincher, as he transforms the film into a jet-black comedy. This isn't to say that Panic Room is bad, or devoid of thrills. It just lacks the bite and edge of Fincher's better movies, and seems more in keeping with traditional Hollywood fare.